News
Business
Movies
Sports
Cricket
Get Ahead
Money Tips
Shopping
Sign in  |  Create a Rediffmail account
Rediff.com  » News » If there's no phone for 10 days, so be it: J-K Guv

Most of the chemist shops remained open in the Kashmir Valley on Sunday as governor Satya Pal Malik denied any shortage of medicines and essential commodities in Jammu and Kashmir, and said communication curbs helped save many lives in the state. 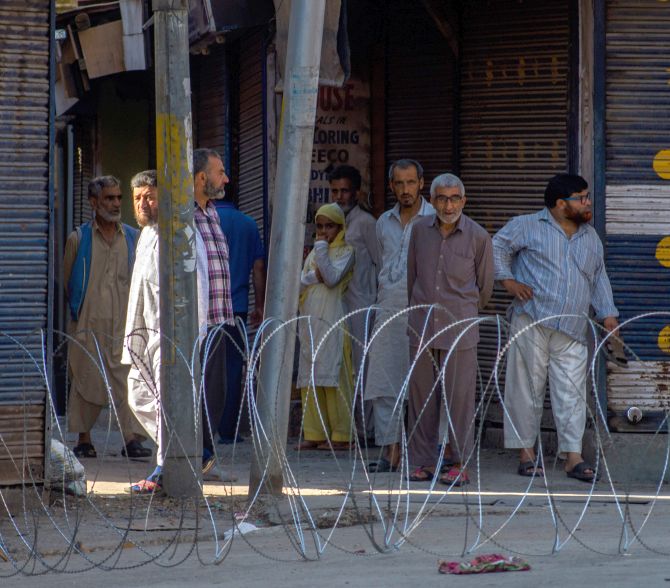 In a statement, the Jammu and Kashmir administration said 1,165 out of 1,666 chemist shops in Srinagar remained open on Sunday.

The Kashmir Valley has 7,630 retail chemist shops and 4,331 wholesale shops, it said, adding that around 65 per cent shops remained open there.

Malik said there was no shortage of medicines and essential commodities anywhere in Jammu and Kashmir and enough stocks were available for people to buy.

"In fact, we delivered meat, vegetables and eggs to people's doorsteps on Eid," he said.

"That's slightly higher than the monthly average," the statement said.

The average delivery time from placement of order is 14-18 hours from Jammu, as most of the distributors are from there, the statement said.

Noting that there was some shortage of baby food in the Valley for nearly two days, it said fresh stocks have been received and they are sufficient for the next three weeks.

"No cases of overpricing received in 72 test check cases," it added.

Governor Malik, who was in the national capital to pay his last respects to former Union finance minister Arun Jaitley who died on Saturday, also said no life has been lost in Jammu and Kashmir due to any violence in the last 10 days after the abrogation of the special status given to Jammu and Kashmir and its division into two Union Territories.

"If blockade of communication helps saves lives, what is the harm?" he told reporters when asked to comment on how long the restrictions will continue.

Malik said that in the past, whenever there was a crisis in Kashmir, at least 50 people used to die in the first week itself.

"Our attitude that there should be no loss of human life. '10 din telephone nahi honge, nahi honge, lekin hum bahut jaldi sab wapas kar denge. (If there is no phone connection for 10 days, so be it. But, we will restore everything soon)," he said.

Fondly remembering Jaitley, Malik said it was the departed leader who had insisted him to take up the responsibility as the Jammu and Kashmir governor last year.

"I was advised by Arun Jaitley to take up the responsibility as governor. He told me that it will be historic. He also told me that his in-laws are from Jammu," he said. Meanwhile, the communication curbs in Kashmir have been eased to some extent and landline telephone services restored in most places across the Valley in view of the improving situation, officials said on Sunday.

No untoward incident was reported from anywhere in the Valley on Saturday, they said, adding the restrictions on communication were eased in view of the improving situation.

Landline telephone services have been restored in most areas across the length and breadth of the Valley, the officials said.

They said a few more telephone exchanges providing fixed-line phone services, including in Srinagar, were restored on Saturday evening.

The process of fully restoring the landline connectivity, baring in a few pockets, is underway and more telephone lines would be restored soon, they added.

However, the services continued to remain snapped in the commercial hub of Lal Chowk and Press Enclave here.

On Saturday, principal secretary and government spokesperson Rohit Kansal said eight more exchanges -- having 5,300 landlines -- would be restored over the weekend.

Restrictions have been lifted from most areas of the Kashmir valley, but the deployment of security forces continued on the ground to maintain law and order.

Markets across Kashmir continued to remain shut for the 21st consecutive day as shops and other business establishments were closed, while the public transport also was off the roads, the officials said.

The weekly flea market was also did not open.

However, some vendors put up stalls in a few areas of the city, they said 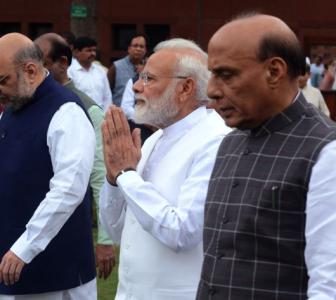