IMAGE: A man sits on a table in an area destroyed by Hurricane Matthew in Les Anglais, Haiti. Photograph:Andres Martinez Casares/Reuters

The storm that struck on October 3 has already claimed 473 lives, injured more than 300 people and 75 others are missing, according to the nation’s civil protection agency. More than 1,75,500 people remain in shelters across the country, many of them in schools -- which is keeping nearly 100,000 children from resuming classes. UN aid chief Stephen O’Brien said the hurricane had triggered the worst humanitarian crisis in the country since the 2010 earthquake. The storm has also spurred a new outbreak of cholera along the coast, with at least 200 cases reported, according to the United Nations.

Many residents of the community are struggling to find food and clean water as they scrambled to repair their battered homes. An official at the Haitian airport who declined to be identified said nearly 20 tonnes of supplies -- tarpaulins, rice, cooking oil and hygiene kits -- were being brought in.

That added to 47 tons already flown in on US helicopters from the capital Port-au-Prince. IMAGE: People are being treated at the cholera treatment center at the hospital after Hurricane Matthew passes in Jeremie, Haiti. Photograph: Carlos Garcia Rawlins/Reuters

“We hope that God gives us the possibility to rebuild the church and help the victims here,” said Stephane De Rengerves, senior executive liaison officer with the International Federation of Red Cross and Red Crescent Societies. 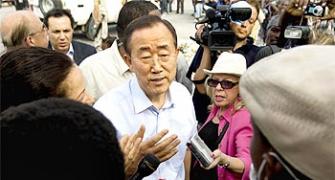 'The quake is a tsunami-like disaster for Haiti' 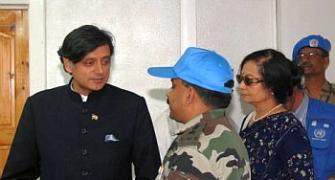 Tharoor visits Haiti, hails Indian peacekeepers
'If God exists, he's really got it in for Haiti' 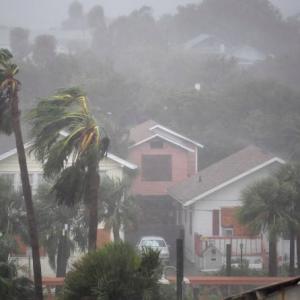 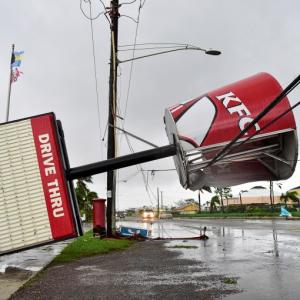 'This storm will kill you': Hurricane Matthew approaches Florida