Swedish teen activist Greta Thunberg on Friday accused world leaders of ignoring the climate emergency and "sweeping their mess under the rug". 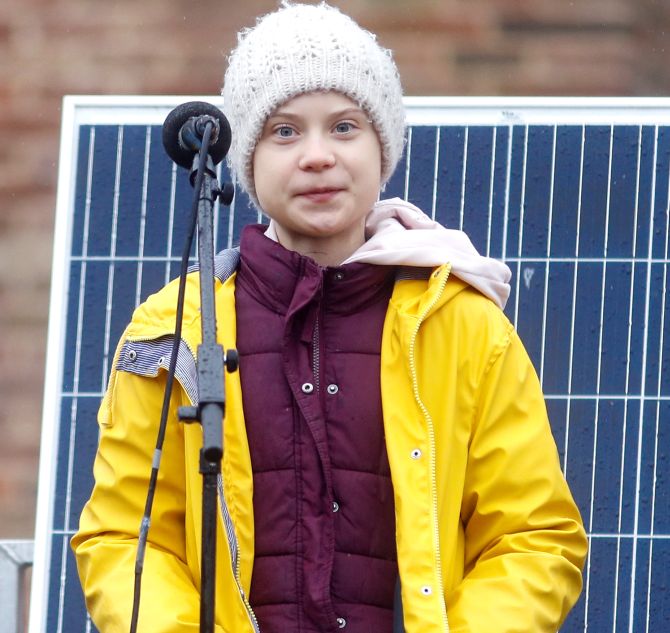 "Our leaders behave like children so it falls to us to be the adults in the room. They are failing us but we will not back down," the 17-year-old said as she addressed some 20,000 people at the Bristol Youth Strike 4 Climate event.

She said "it should not be this way", but the "uncomfortable truth" was being swept "under the rug" for "children to clean up".

Thunberg warned world leaders she will "not be silenced when the world is on fire". 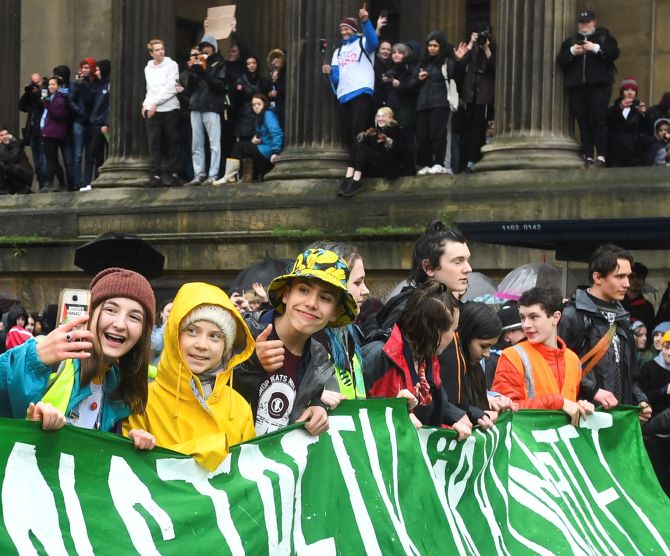 She accused politicians of ignoring the climate emergency and "sweeping their mess under the rug", the BBC quoted her as saying.

"Our leaders behave like children so it falls to us to be the adults in the room. They are failing us but we will not back down," she told the crowds who were chanting "Greta, Greta". 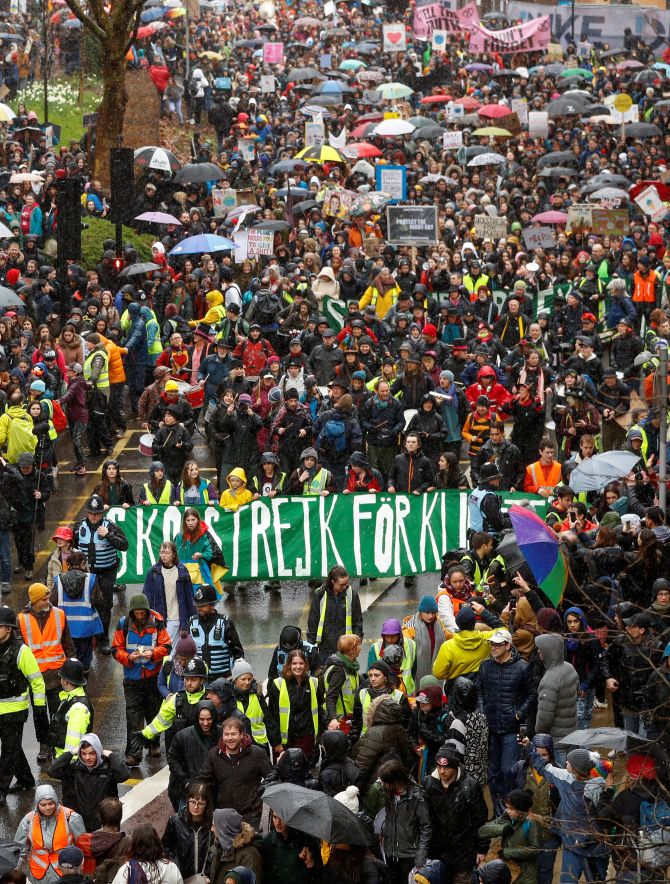 "Activism works so I'm telling you to act," she said. "We are being betrayed by those in power."

"There will be a time when we will look back and ask ourselves what we did right now. How do we want to be remembered," she said. 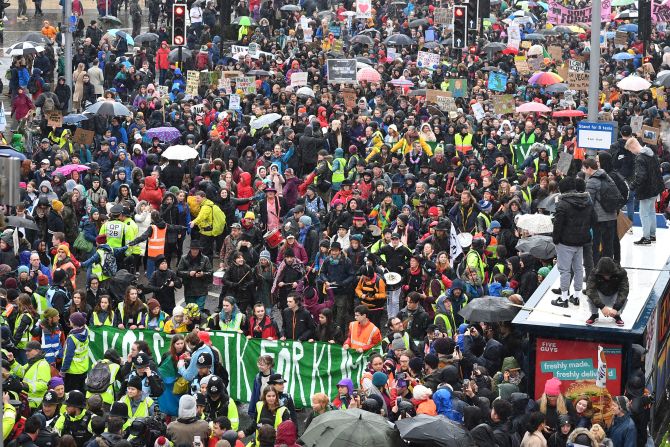 "People are already suffering and dying from the consequences of the climate emergency and it will get worse.

"This emergency is being completely ignored by the politicians, the media and those in power," Thunberg said. 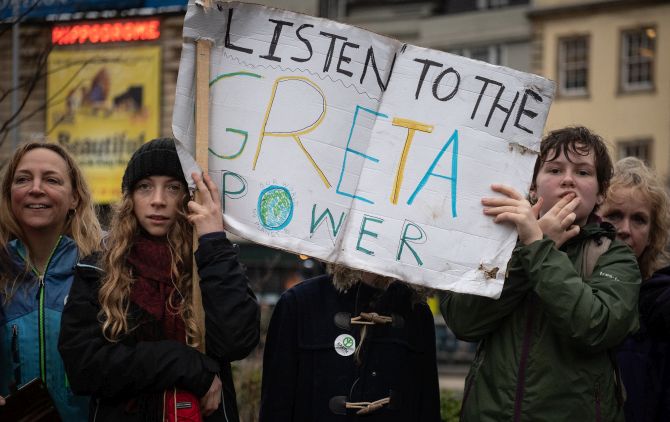 "Basically, nothing is being done to halt this crisis despite all the beautiful words and promises from our elected officials," she was quoted as saying by Sky News.

Thunberg has become a leading voice for action on climate change, inspiring millions of students to join protests around the world. 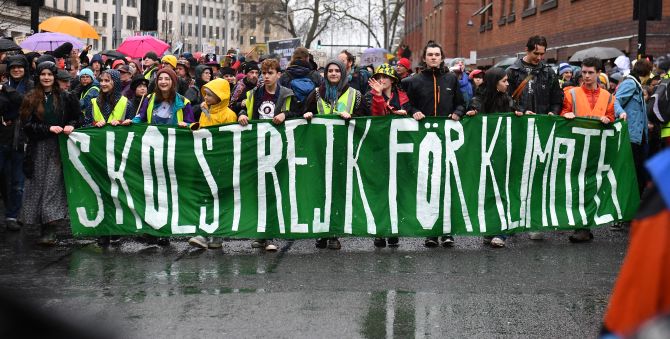 Thunberg has been named Time magazine's Person of the Year for 2019. 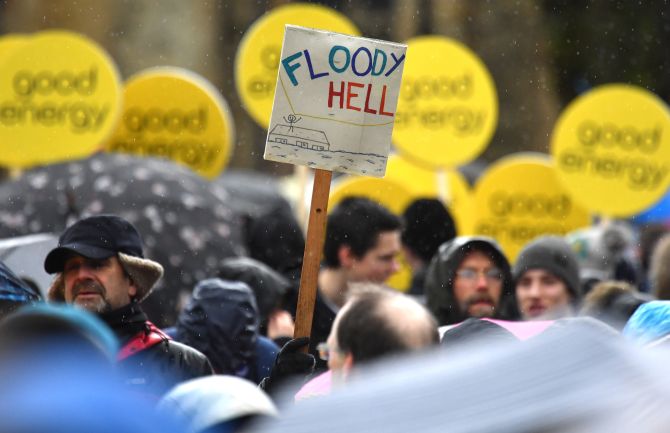 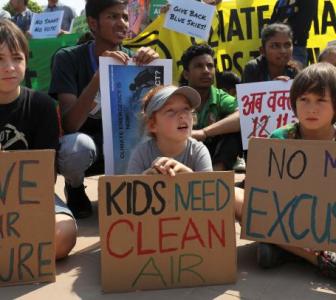 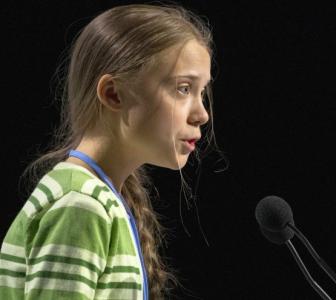 Greta Thunberg's dad was not a fan of her activism 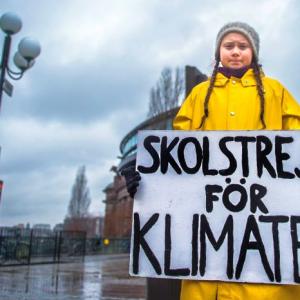 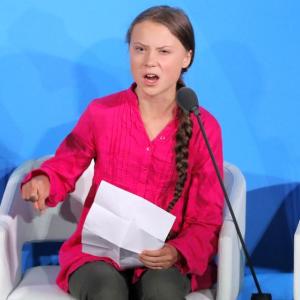