Former Indian opener Gautam Gambhir is the richest among all the candidates in fray for the Lok Sabha election in Delhi with total assets worth Rs 147 crore. 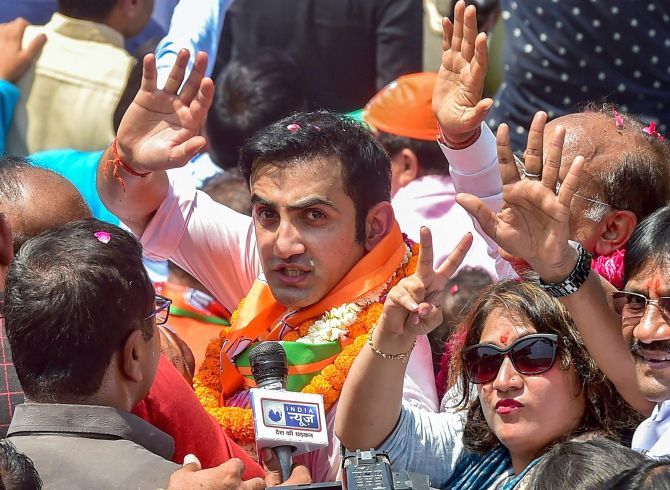 The cricketer-turned-politician, who will be making his electoral debut from East Delhi, has shown an income of nearly Rs 12.40 crore in the income tax returns filed for 2017-18. His wife Natasha Gambhir showed an income of Rs 6.15 lakh in the IT returns filed during the same period.

He has a criminal case of cheating pending against him. IMAGE: While Gautam showed an income of nearly Rs 12.40 crore in the income tax returns filed for 2017-18, his wife Natasha had an income of Rs 6.15 lakh. Photograph: Manvender Vashist/PTI Photo

He completed his schooling from Modern School, Barakhamba Road and did his graduation from Delhi University's Hindu College.

Delhi Bharatiya Janata Party chief Manoj Tiwari has a total of movable and immovable assets worth over Rs 24 crore, an increase of over Rs 4.33 crore from 2014, according to his poll affidavit.

BJP MP from South Delhi Ramesh Bidhuri has movable and immovable assets worth Rs 18 crore, an increase of close to Rs 3.5 crore in the last five years, according to his affidavit. 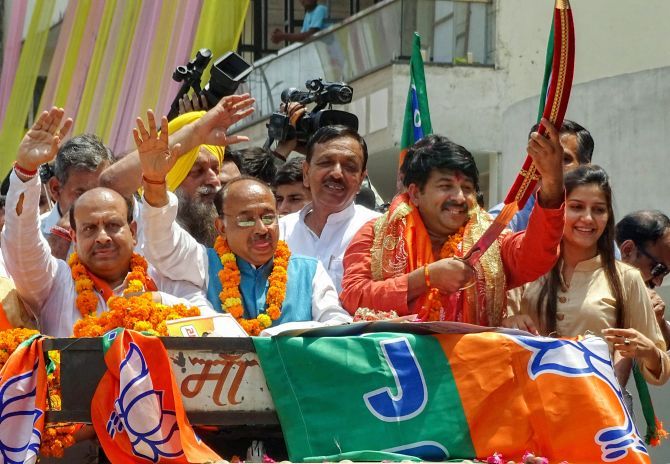 IMAGE: Delhi BJP president Manoj Tiwari with party leaders Vijay Goel, Vijendra Gupta, actor-dancer Sapna Chaudhary and others during a roadshow before filing his nomination papers from North East Delhi Lok Sabha constituency, in New Delhi. In his papers, he has a total of movable and immovable assets worth over Rs 24 crore. Photograph: PTI Photo

The 57-year-old leader, who is pitted against debutants Vijender Singh from Congress and Aam Aadmi Party's Raghav Chadha for the South Delhi seat, declared movable assets worth over Rs 1.37 crore while his wife has cash and jewellery worth over Rs 13.21 lakh.

He has declared immovable assets worth Rs 11.80 crore while his wife has properties worth 4.57 crore.

He has shown liabilities of over Rs 20.38 lakh. He completed his graduation from the Delhi University's Shaheed Bhagat Singh College and LLB from Chaudhary Charan Singh University from Meerut. 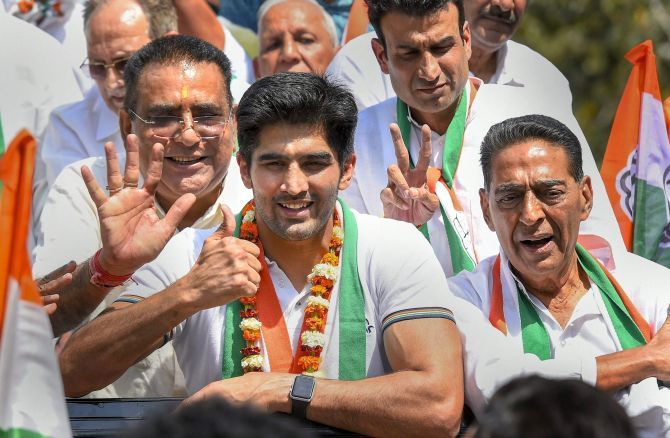 According to an affidavit filed by Dikshit, the 81-year-old Congress veteran has an apartment in Nizamuddin area which has a market value of around Rs 1.88 crore. 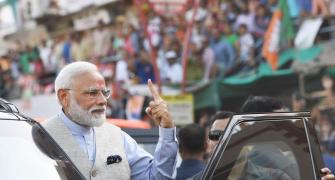 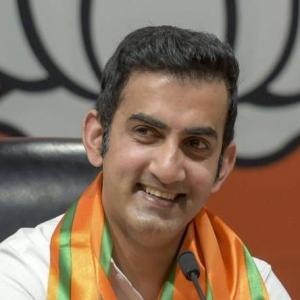 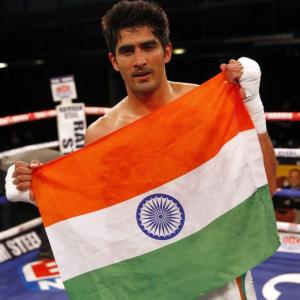