Fire breaks out at Kumbh mela venue; no casualties

A cooking gas cylinder exploded in a tent at the Digambar Ani Akhara at the Kumbh Mela site on Monday, triggering a massive fire, prompting Uttar Pradesh Chief Minister Yogi Adityanath to direct officials to compensate the loss immediately. 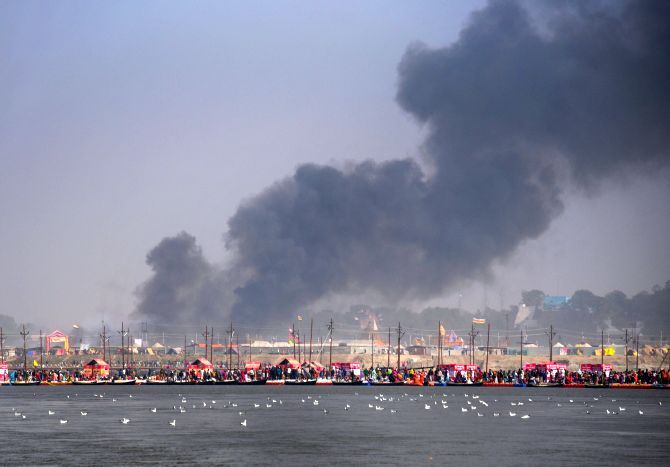 IMAGE: Clouds of smoke rise in the sky after a major fire broke out due to a cylinder blast at the Digambar Ani Akhara tent at the Kumbh Mela site in Pragyaraj. Photograph: PTI Photo

There was, however, no report of any one being injured, said Akhara police station inspector Bhaskar Mishra.

The chief minister also directed the fire department to inspect all the tents and take necessary precautions, an official spokesperson said in Lucknow. 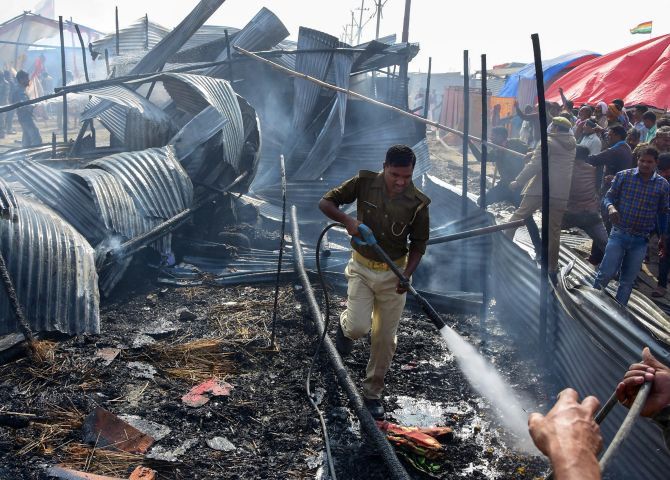 IMAGE: Firefighters douse a fire that broke out at the Kumbh Mela site. Photograph: PTI Photo

According to officials, the fire broke out around 12.45 pm. Soon after, six fire tenders and eight ambulances were rushed to the spot. 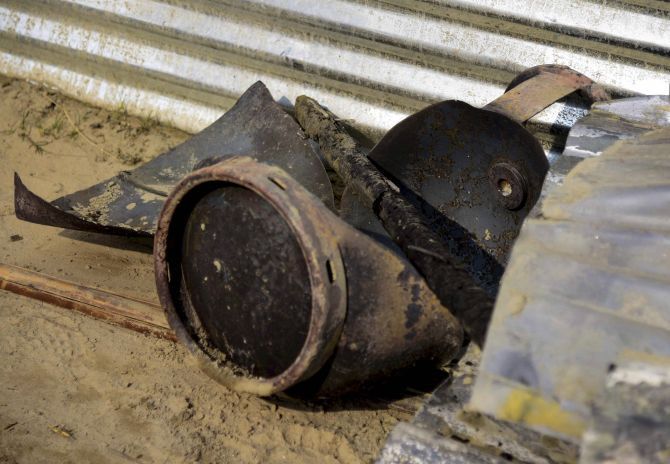 Two vehicles and some materials kept at the site were damaged in the fire, they added.

The head of the Digambar Ani Akhara claimed that the fire broke out at an adjoining tent and spread to the kitchen tent of their camp, triggering the cylinder blast. 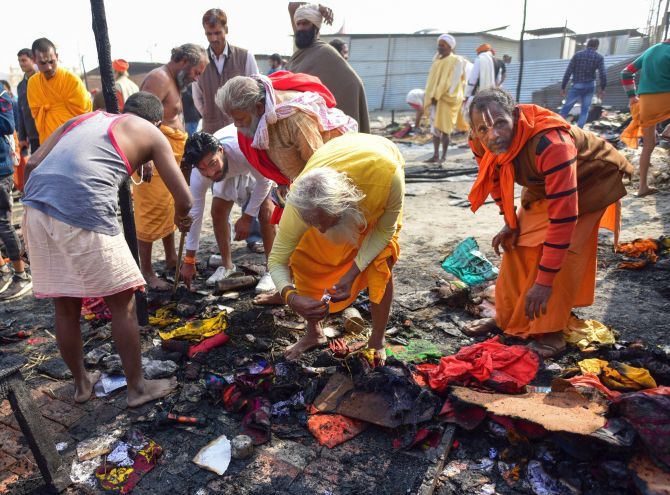 The fair officially opens on Tuesday on the occasion of Makar Sankranti, the first day of the sun’s transit into the ‘Makara’ (Capricorn), marking the end of the month with the winter solstice and the start of longer days.

It will conclude on March 4 on the occasion of Mahashivratri. 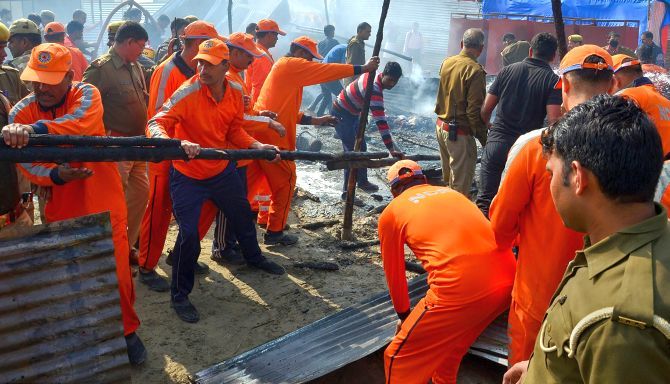 The Kumbh Mela is celebrated four times over a course of 12 years. More than 12 crore people are expected to take part in the event this year over the next 50 days. 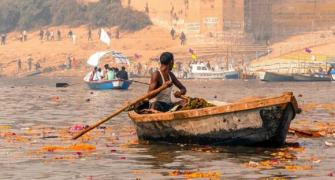 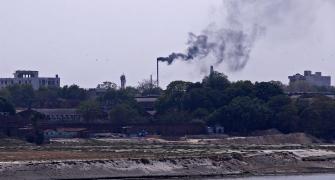 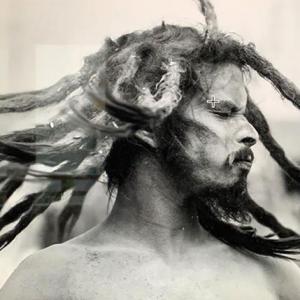 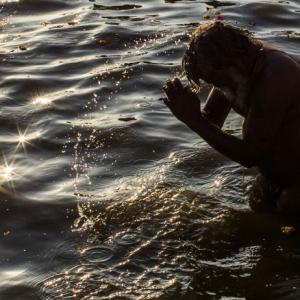