A pall of gloom descended on the Harmain area of Shopian as people bid final adieu to Lieutenant Umer Fayaz, the army soldier who was found killed on Wednesday.

Fayaz was abducted by five to six terrorists from his relative’s house in south Kashmir’s Shopian on Tuesday night. His bullet riddled body was found on Wednesday morning, a police official said.

The officer, who was commissioned in the army in December last year, had come to Kulgam district on leave to attend his cousin's wedding. 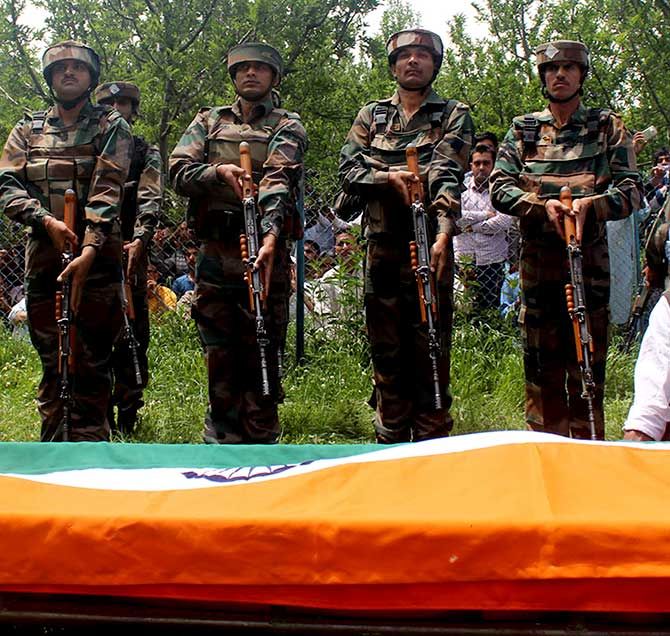 The army pays a gun salute as tribute to their fallen comrade. 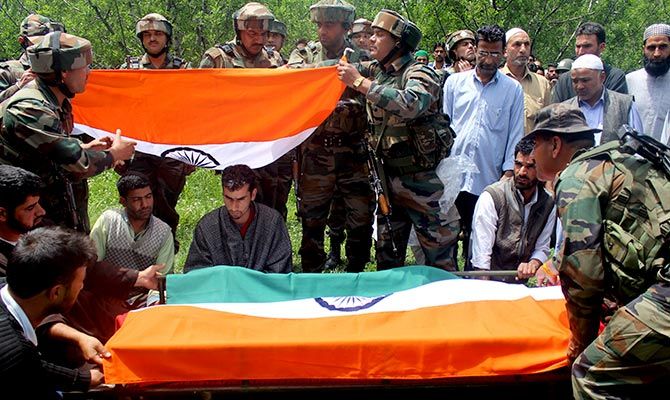 The martyr's coffin was wrapped up in the Tricolour to honour him. 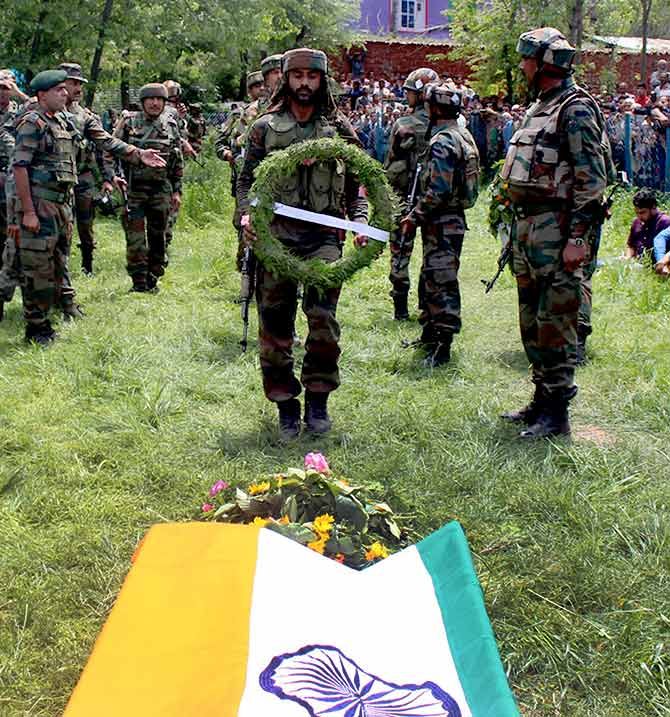 The fallen soldier was was posted with 2 Rajputana Rifles. His colleagues gathered at his funeral to give him the honour of a proper farewell -- one fit for a hero. 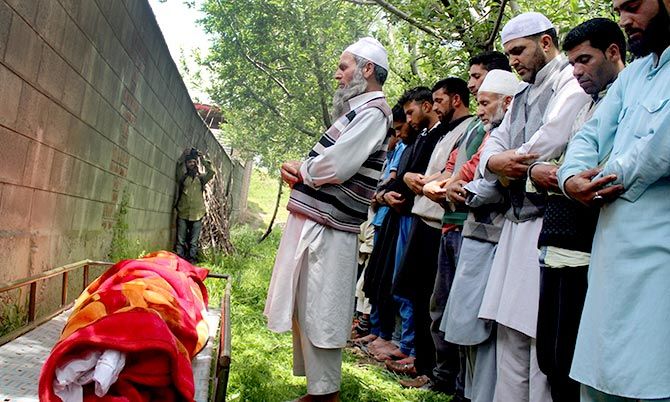 The funeral of the soldier, described as a role model by Defence Minister Arun Jaitley, was attended by several people from his village. 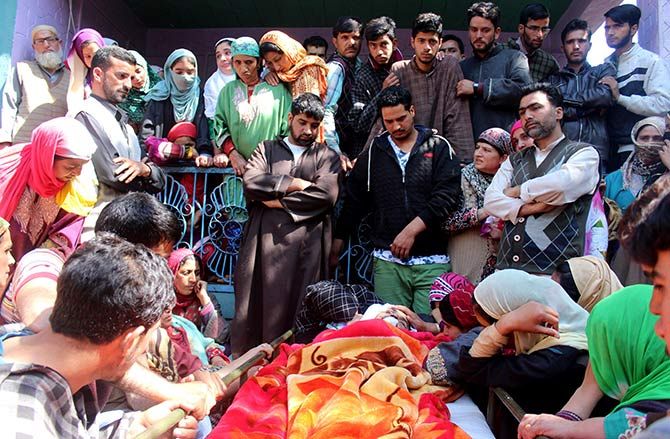 His family and friends mourn Fayaz's loss. According to them, this was Fayaz's first leave since he had joined the forces. 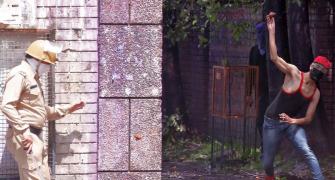