News
Business
Movies
Sports
Cricket
Get Ahead
Money Tips
Shopping
Sign in  |  Create a Rediffmail account
Rediff.com  » News » Eye in the sky.... Here's what to expect at Aero India 2017

For fans of fighter jets and airports, the Yelahanka air base in Bengaluru is the place to be.

Starting Tuesday, the four-day Aero India 2017 event will kick off which will feature several state-of-the-art aircraft.

The grand event will see a participation of 30 countries, including United States of America, the United Kingdom, France, Germany and Japan.

So, here’s a tiny preview of what’s to come. 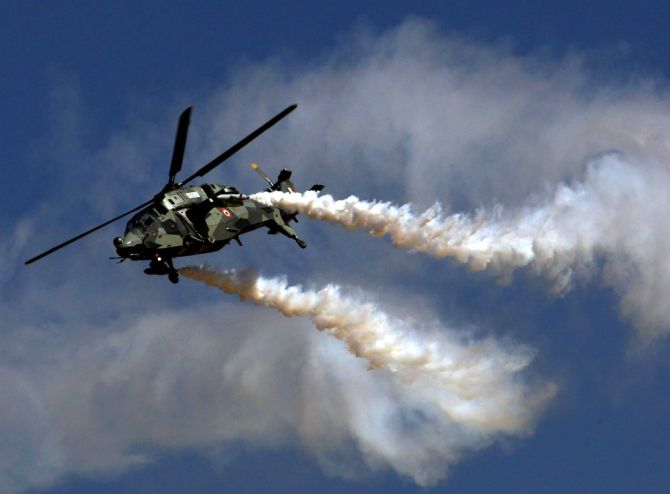 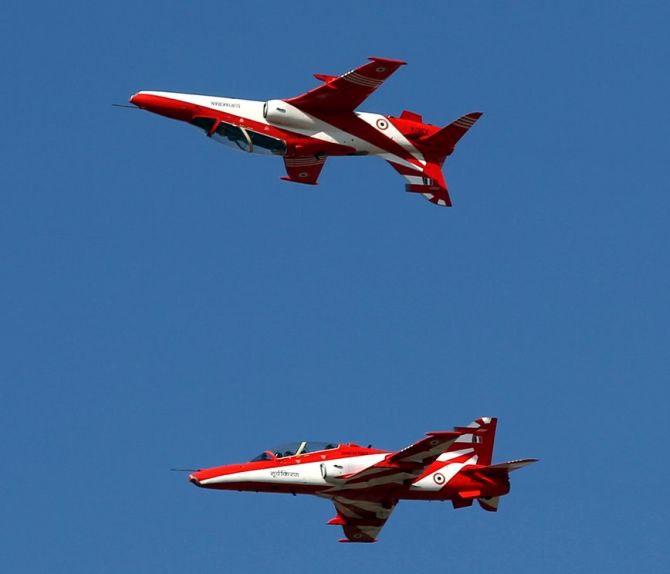 Jets performing acrobatic stunts are surely to get you excited! That's the Surya Kiran Aerobatic Team showing off their skills. Photograph: @SpokespersonMoD/Twitter 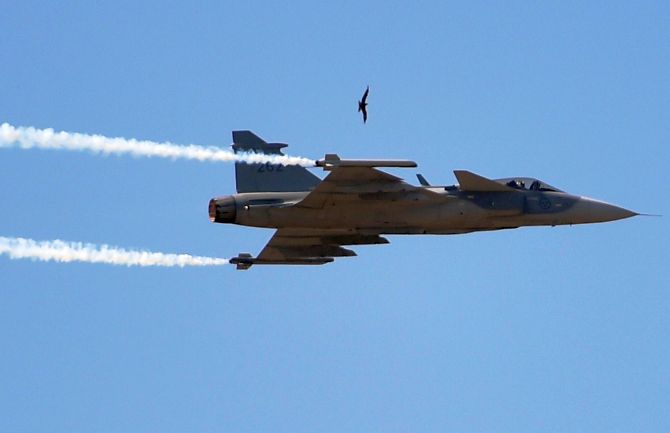 The much discussed Rafale fighter jet on a sortie during a rehearsal. And there's good news...  Visitors will be able to see the Rafale fly thrice a day every day from February 14. Photograph: Shailendra Bhojak/PTI Photo

-- How India got the Rafale at a lower price 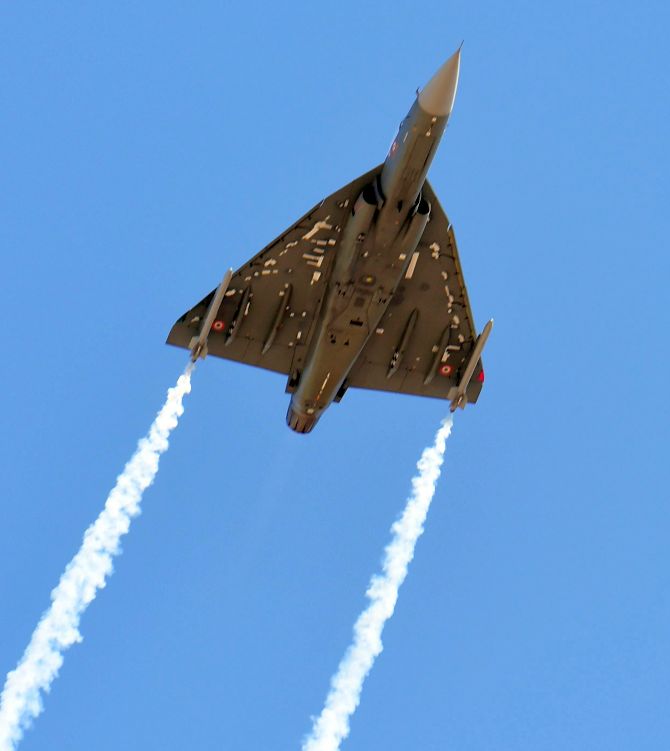 -- What the IAF expects from its Tejas fighters

-- A day in the life of a Tejas test pilot 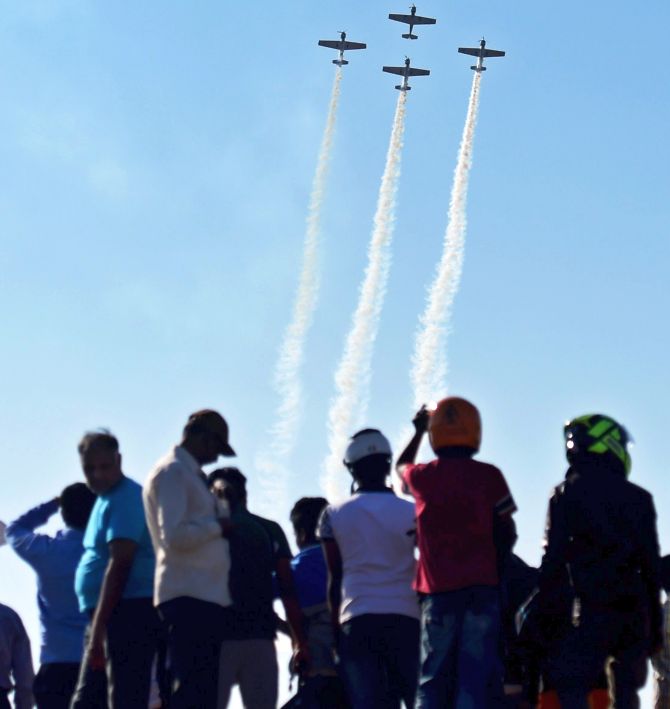 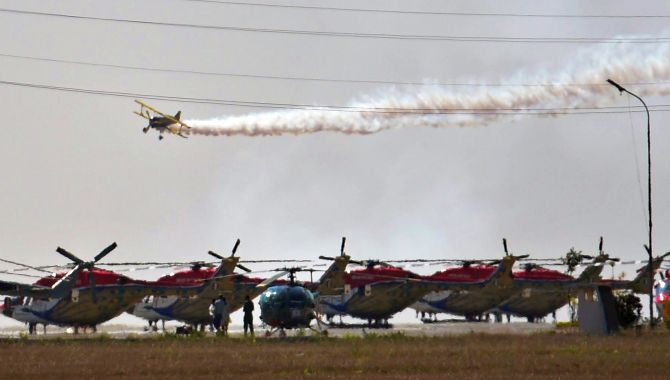 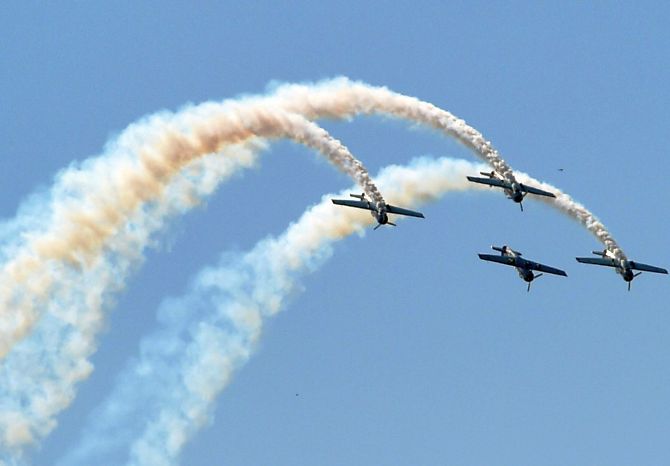 Don't forget to keep looking at the skies... You may get surprised. Photograph: Shailendra Bhojak/PTI Photo WATCH: Guradians of the sky celebrate 84 years of glory