In an unprecedented move, United Democratic Front MLAs blocked Kerala Governor Arif Mohammed Khan inside the state assembly on Wednesday with 'go back' slogans and placards against the Citizenship Amendment Act. 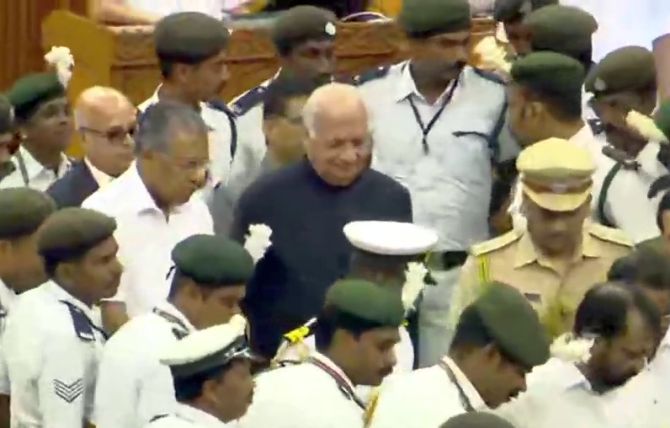 Though the CM and the Speaker repeatedly tried to appease the agitating opposition members, they didn't budge and continued to raise slogans against Khan and his stand in support of CAA.

SEE: UDF MLAs block Kerala Governor as he arrives in the assembly

After nearly 10 minutes of protest, watch and ward personnel removed the opposition members using force and cleared the governor's way to the dais.

As soon as the Governor reached the dais, the national anthem was played but the opposition members gathered at the well of the House and started the 'Governor go back' slogans soon after its completion.

When Khan began his policy address, the members of the Opposition walked out of the assembly hall raising slogans.

After boycotting the policy address, they staged a sit-in protest at the gate of the assembly.

Springing a surprise, Kerala Governor Mohammed Arif Khan on Wednesday read out the references on the anti-Citizenship Amendment Act resolution passed by the state assembly, while presenting his policy address of the Left government in the House.

The governor, who has been at loggerheads with the government over the anti CAA resolution passed by the assembly and the petition moved in the Supreme Court against the law, said though he has "reservations and disagreement" over the subject, he would read paragraph 18 of the policy address, to "honour" the chief minister's wish.

“I am going to read this para (paragraph 18) because the Honorable Chief Minister wants me to read this, although I hold the view that this does not come under the definition of the policy or programme," he said.

The Governor said though he disagreed on this, he was going to read the paragraph to honour the wish of Chief Minister Vijayan.

Reading out the anti-CAA stand of the state government, he said, "Our citizenship can never be on the basis of religion as this goes against the grain of secularism which is part of the basic structure of the constitution.

This august body (Kerala Assembly) unanimously passed a resolution requesting the Centre to abrogate the CAA 2019, which my government believes goes against the cardinal principles underlying our Constitution."

How BJP could have avoided CAA storm
They sit there, stoic, implacable, defiant 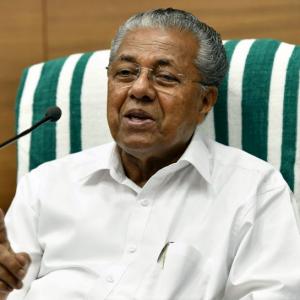