News
Business
Movies
Sports
Cricket
Get Ahead
Money Tips
Shopping
Sign in  |  Create a Rediffmail account
Rediff.com  » News » Does the Yeti exist? Many 'sightings', but no proof!

Does the Yeti exist? Many 'sightings', but no proof!

On April 30, the Indian Army posted images of what they claim are the footprints of a Yeti. In their tweet, they mention that the mysterious footprint measured 32x15 inches and was found close to the Makalu base camp on April 9, 2019.

The tweet further says that the elusive snowman had been sighted at the Makalu-Barun National Park in the past as well.

So what's all this talk about the Yeti? Does it really exist?

Syed Firdaus Ashraf/Rediff.com brings you 10 things about the abominable snowman. IMAGE: The Indian Army posted images of what they say are the footprints of a Yeti. Photograph: Indian Army/Twitter
1.
The word 'Yeti' originated from a Sherpa word, which translates to ‘wild man’. Yeti is also known as the abominable snow man.
2.
The 'presence' of the Yeti was first recorded in 1832 when the Journal of the Asiatic Society of Bengal published a report from British trekker B H Hodgson who wrote that he saw a creature covered in long, dark hair which he thought was an orang-utan. However, he did not have any photographic proof of his sighting. It was in 1925 that German national N A Tombazi claimed that he had spotted the Yeti, but was unable to click an image of it. Tombazi wrote about his experience in his book, Account of a Photographic Expedition to the Southern Glaciers of Kanchenjunga in the Sikkim Himalaya. And since then the interest worldwide in Yeti grew phenomenally.
3.
In 1951, Eric Shipton, a British mountaineer, clicked images of what was believed to be the footprint of the Yeti. The footprint was 12 inches long and 6 inches wide. Along with it, he also clicked a picture of an ice axe. Many doubted Shipton’s picture as they felt footprints can change shape as the sun melts the snow in mountains.
4.
Legendary mountaineer Edmund Hillary after reaching the summit of Mount Everest in 1953 too decided to hunt for the Yeti. By 1960, Hillary was convinced that the Yeti did not exist even though he came into the possession of a "yeti scalp". The hair was tested in labs and it was found that it did not belong to the Yeti. Hillary became convinced that Yeti was a myth and not a real creature at all. IMAGE: The footprint of what was believed to be the Abominable Snowman, taken near Mount Everest on December 13, 1951. Photograph: Topical Press Agency/Getty Images
5.
The interest in Yeti by now grew worldwide, and mountaineers from across the world came to the Himalayas in search of the Yeti. The British newspaper Daily Mail sent an expedition to Nepal in 1953 to find the Yeti. They too printed about the 'Yeti scalp', but according to a report in BBC, Professor Wood Jones concluded it was neither a scalp nor from an ape. It was then believed that what many believed to be the Yeti was just a Himalayan bear and nothing more than that.
6.
The Yeti phenomenon caught the imagination of children in the 1960s. Hergé, the famous Belgian cartoonist, who created Tintin, mentioned Yeti as a monkey size animal.
7.
There have been several books about the presence of the Yeti. In 1974, author Nick Hunter in his book Does the Yeti Exist tells of a Tibetan herder -- Lhakpa Dorma -- who was attacked by the Yeti. The book gives an account of how Dorma was attacked by the Yeti from behind. The book states that when Dorma regained consciousness, all the yaks around her were dead. Recalling the incident she said she saw the Yeti had large teeth -- thus floating a new theory that it was a carnivorous animal. But people later doubted Dorma’s theory too, stating that since she soon fell unconscious it could possibly be a bear that had attacked her.
8.
Around the 1950s, it was believed that a Nepalese monastery had in its possession fingers belonging to a Yeti. A British explorer by the name of Tom Slick wanted possession of this, but the monks at the Nepal monastery refused. It was then that the British explorer used the help of actor James Stewart and smuggled the hand in his wife’s lingerie case while flying back to Great Britain. It was then kept at the Royal College of Surgeons. In 2011, when a DNA test was done on the 'Yeti fingers', it was found out to be that of a human.
9.
Anthony Wooldridge, an American, clicked two pictures of the Yeti on March 6, 1986, at 11,000 feet near the Indo-Tibetan border. The photograph was shot from a distance and its enlargement revealed little detail. Dr Grover S Krantz, an anthropologist at Washington State University, said, “Those pictures are definitely not of a Yeti as Wooldridge never positively saw the thing move.” According a report in livescience.com, researchers returned to where Wooldridge had taken photos of the Yeti and discovered that he had simply seen a dark rock outcropping that looked vertical from his position. It was all a mistake -- much to the embarrassment of some Yeti believers.
10.
In 2010, hunters in China caught a strange animal they claimed was a Yeti. The mysterious, hairless, four-legged animal was initially described as having features resembling a bear. On further examination, however, it was found that the animal was a distressed cat-like animal which had lost its hair to a disease.
Syed Firdaus Ashraf / Rediff.com
Related News: Yeti, Lhakpa Dorma, Anthony Wooldridge, Dr Grover S Krantz, Royal College of Surgeons
SHARE THIS STORY
Print this article 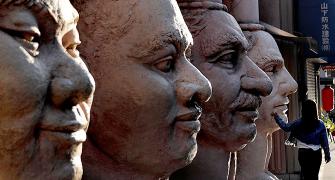 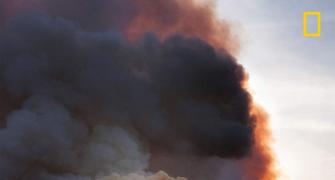 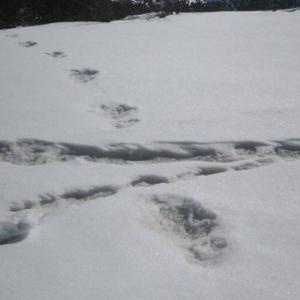