Heavy rains lashed the national capital on Wednesday with the continuous downpour leading to water-logging on major roads severely affecting traffic movement across the city. 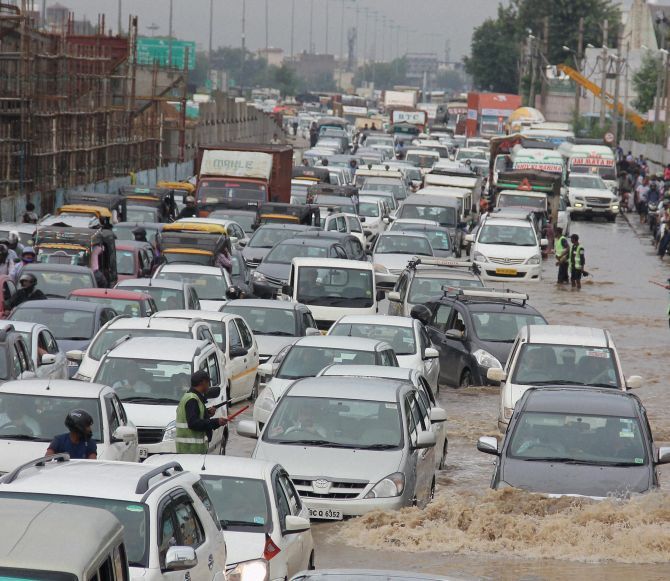 IMAGE: People were forced to wait in the snarls for more than 30 minutes. Photograph: PTI 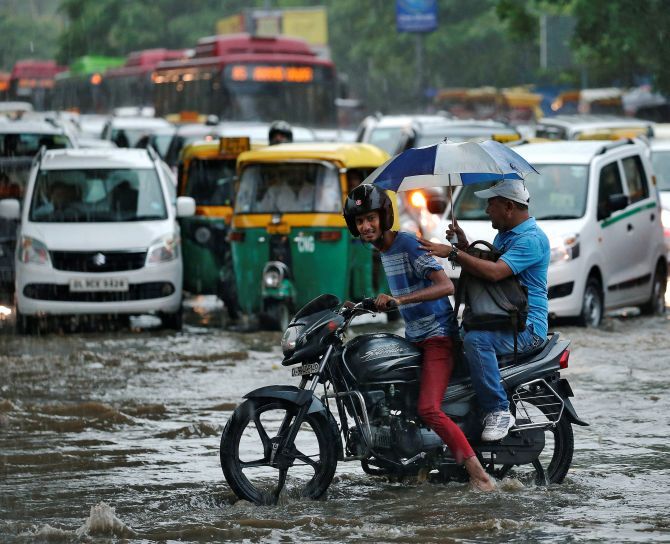 IMAGE: A man rides his motorcycle through a flooded road during monsoon rains in New Delhi. Photograph: Cathal McNaughton/Reuters

The humidity levels oscillated between 97 and 69 per cent.

The weatherman has predicted continuous downpour in the city with possibility of thunderstorm.

“The rains will continue to lash the city tomorrow as well. The maximum and minimum temperatures are expected to hover around 30 and 25 degree Celsius,” the official added. IMAGE: A woman and girl wade across a flooded road. Photograph: Cathal McNaughton/Reuters

US Secretary of State John Kerry's visit to Sisganj Gurudwara, Jama Masjid and Gauri Shankar temple has been cancelled due to the heavy rains, reported ANI. Kerry is on a three-day visit to India.

On Monday, Kerry and his convoy were stuck in massive traffic near Satya Marg due to waterlogging caused by heavy rains while on his way to the hotel from the IGI airport. 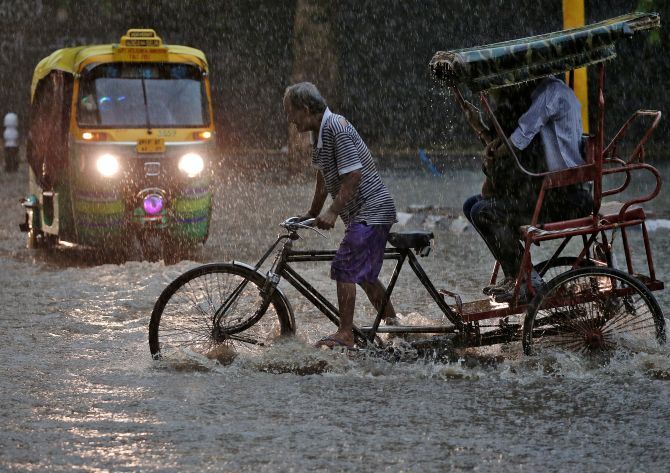 IMAGE: A man pedals his cycle rickshaw during the downpour in Delhi. Photograph: Cathal McNaughton/Reuters IMAGE: The weather office has forecast thunderstorm with rain through the day. The minimum temperature was recorded at 26 degree Celsius at 8.30 am. Photograph: ANI IMAGE: The city received 3.9 mm of rainfall in the last 24 hours, an official said.

An official at the Delhi airport said there has been a slight delay in departure of flights on account of heavy rains.

A Qatar Airways flight from Doha to Delhi was diverted to Jaipur due to “bad weather” in the morning around 9. 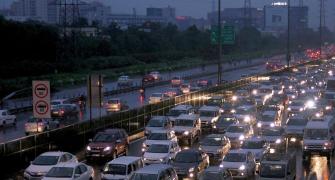 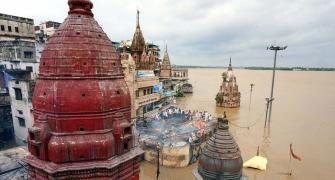 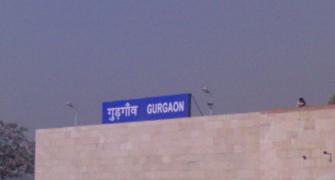 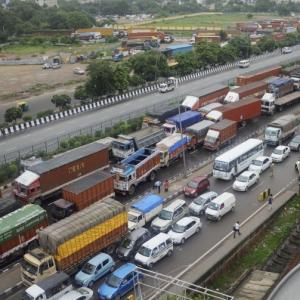