Cyclone Vardah on Monday rampaged its way into Tamil Nadu and Andhra Pradesh.

Here is a list of previous cyclones that have struck the country. 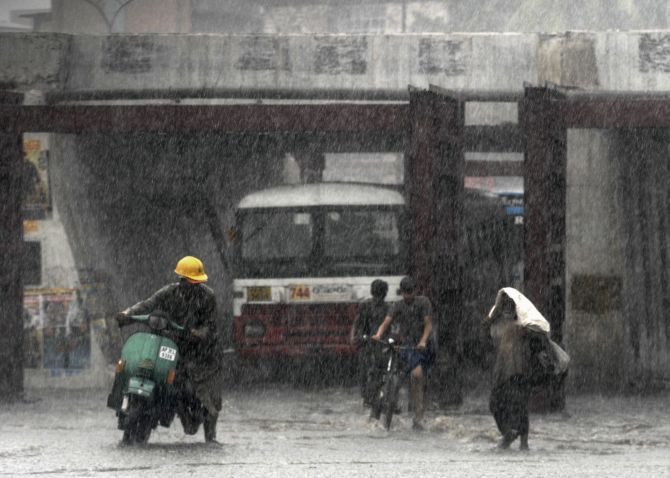 In 2010, after a gap of two decades the south-eastern part of India was hit by two severe cyclones within a gap a few months; The first being Cyclone Laila which entered along the coast of the Bay of Bengal. A total of 65 people died in Sri Lanka, Andhra Pradesh and Tamil Nadu and cost of damage reached $117.49 million (Rs 799 crore). Fishermen, who set out in about a 100 boats, were lost at sea, according to fisheries department sources. Photograph: Krishnendu Halder/Reuters 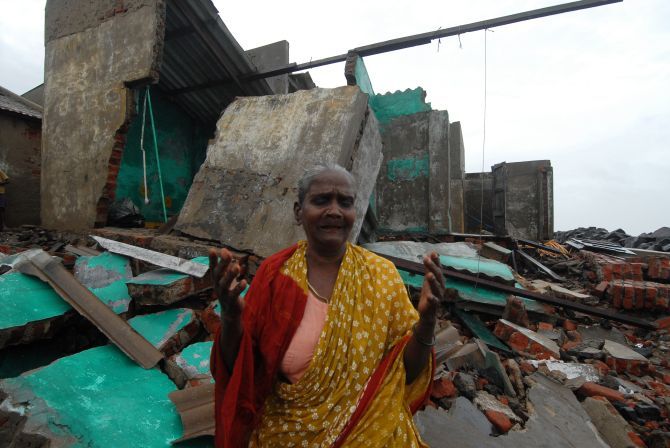 Cyclone Jal formed in the Pacific Ocean on October 31, 2010. Torrential rains poured in Thailand causing extensive flooding which led to the demise of 59 people and similarly claimed four more lives in Malaysia. Subsequently, Jal proceeded towards Andhra Pradesh where, through timely warnings. 70,000 people were evacuated from villages where damage was expected to be the highest. On November 9, the then chief minister of the state declared 54 people dead due to the storm. The total damage estimated by the Indian government was $53.55 million (Rs 363 crore). Photograph: Babu/Reuters

Originating and named in Vietnam, Phailin was a cyclone of matched magnitude to hit the peninsula in October 2013. The cyclone hit Andhra Pradesh and resulted in the evacuation of 64,000 people from low-lying areas. A total of 1,34,426 people were eventually evacuated. Power and communication lines went down across the district. In Odisha, 44 people died due to storm related accidents. Photograph: Adnan Abidi/Reuters 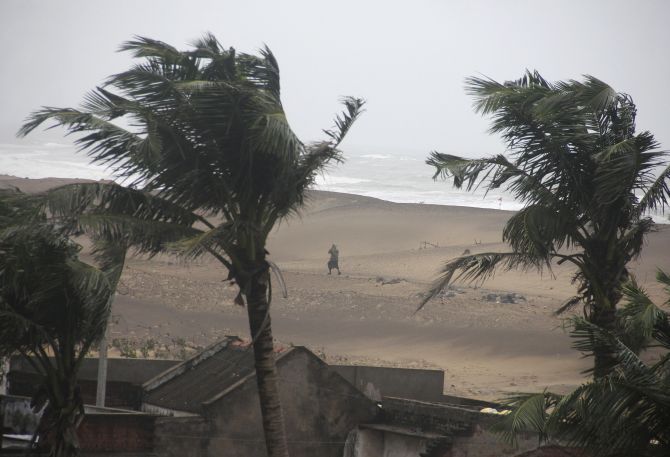 The last time a cyclone of Vardah’s scale breached from the Bay of Bengal was in October 2014 when Cyclone Hudhud originated from the Andaman Islands and snowballed into a category IV cyclone, being dubbed as ‘Extremely Severe’. It proceeded to hit the Indian states of Andhra Pradesh, Chattisgarh, Madhya Pradesh, Odisha. The estimated damages were approximated to a total of $3.4 billion (Rs 23,120 crore). Death toll due to the cyclone hit 124.

Unlike most Bay of Bengal storms that dissipate quickly over land, Hudhud has been the only tropical cyclone whose remnant ever reached as far north as the Himalayas. The cyclone further proceeded up north to trigger an avalanche in Nepal. Photograph: Stringer/Reuters 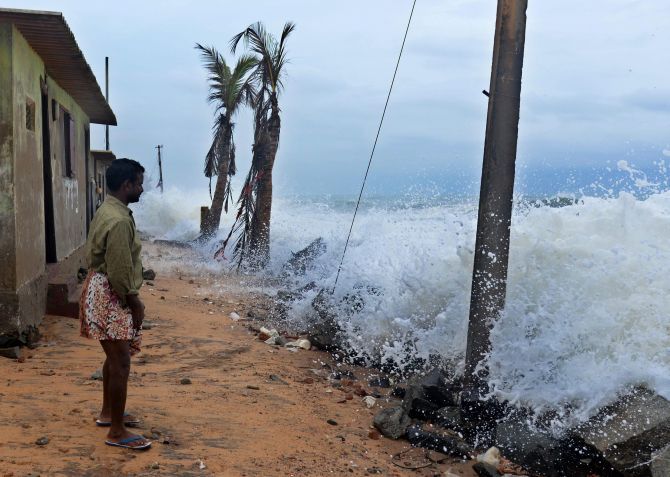 More recently, Cyclone Nada appeared to threaten the peninsula in late November 2016. However, as the states geared up, the cyclone seemed to fizzle out with its landfall in Tamil Nadu. Heavy winds were encountered, however. And, unfortunately, 12 deaths were still recorded related to the storm. Photograph: PTI Photo 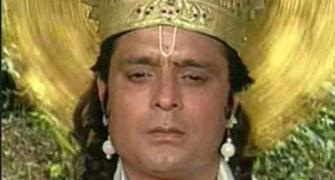