Mahatma's soul would be pained: Sonia's swipe at govt

The Congress on Wednesday took to the streets to stake claim to the legacy of Mahatma Gandhi, using his 150th birth anniversary to attack the Bharatiya Janata Party and stress its point that those who indulge in the politics of falsehood cannot understand his ideals of truth and selfless service. In a show of strength, perhaps the first since the party's Lok Sabha poll debacle in May, Congress president Sonia Gandhi as well as her children, former party chief Rahul Gandhi and general secretary Priyanka Gandhi Vadra, were out on the streets accompanied by thousands of party workers.

While Rahul Gandhi led a march of party workers to Rajghat, Sonia Gandhi waited at the memorial to address the workers and Priyanka Gandhi was in Lucknow.

Paying homage to Gandhi at Rajghat, Sonia Gandhi told party workers and leaders that the Mahatma's soul would be pained by what has been happening in India in the last few years under the present dispensation.

She claimed that the Congress was the only one party that followed the path shown by him and carried on his legacy.

Sonia Gandhi also participated in the oath that Congress workers took to achieve the India of his dreams by keeping faith in constitutional values.

Addressing the gathering at Rajghat in Hindi, Sonia Gandhi attacked the BJP government for seeking to appropriate Mahatma Gandhi's legacy. No matter what they might claim, only the Congress has followed Bapu's path and provided jobs, education and facilities to farmers, accomplishments which are unparalleled, she said. Terming it a historic, pious and auspicious day, the Congress chief described Gandhi as a "great personality" who inspired not only India but the entire world to adopt the path of non violence and 'satyagraha'.

She said it is unfortunate that farmers are in poor condition, youth are struggling with unemployment, industries are shutting down, women not safe even in big cities and powerful people committing atrocities are sitting pretty while their victims are being put in jail.

"I want to tell those who decide the country's destiny that Gandhiji is a symbol of love not hatred, he is a symbol of harmony not confrontation, he is a symbol of democracy and not autocracy. No matter what others claim, the Congress is the only party that has followed the principles of Gandhiji and will continue to do so," she said. 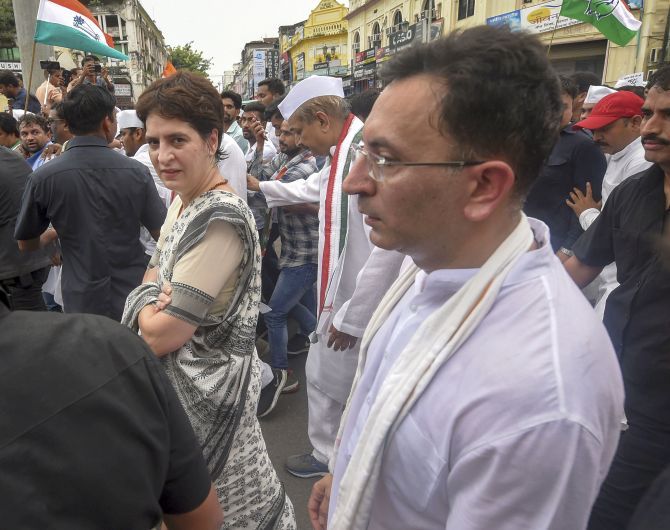 "We need to carry forward the resolve to pay any price to safeguard fundamental honour, ancient dignity, cultural traditions, values of diversity and social harmony of the country. No matter how long or difficult this struggle is, we will follow this path till we emerge successful. I assure you, if the resolve is strong, the destination is never too far," she said.

The silent march was viewed as a show of strength by the Congress which has been on the sidelines of state politics for a long time.

The Congress will celebrate Mahatma Gandhi's 150th birth anniversary by organising 'padayatras' across the country. The party has planned a week-long programme. 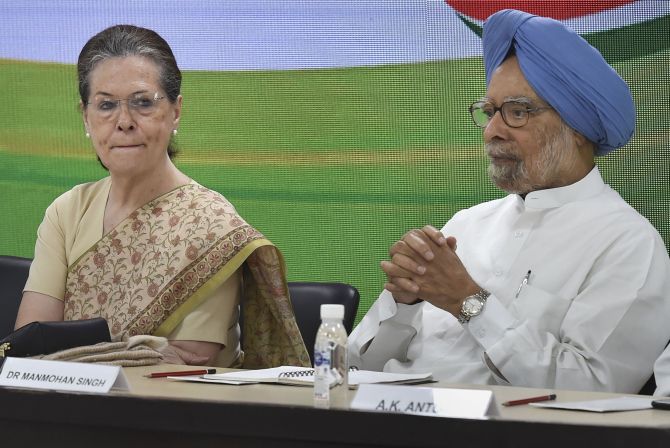