Thousands of migrant workers from Odisha and north-eastern states thronged the Palace grounds in Bengaluru on Saturday to get back to their home states by Shramik trains, leading to a chaotic situation, officials said. 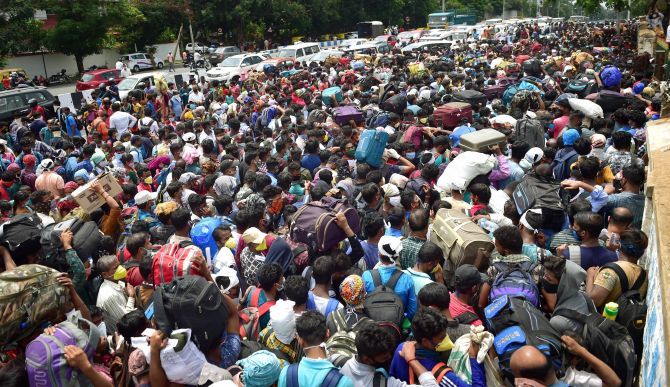 They had gathered due to "misinformation", sources said.

Officials said 1,500 people had registered to return to their respective states via Seva Sindhu app and a message was sent to all those registered to assemble at Palace Grounds to board the buses that will ferry them to designated railway stations after screening and medical check.

"But, the confusion happened as people forwarded the messages to others as well, resulting in large number of people gathering there, leading to chaos," they added.

Medical Education Minister K Sudhakar, who was on his way to Chikkaballapur, rushed to the spot and pacified the workers. 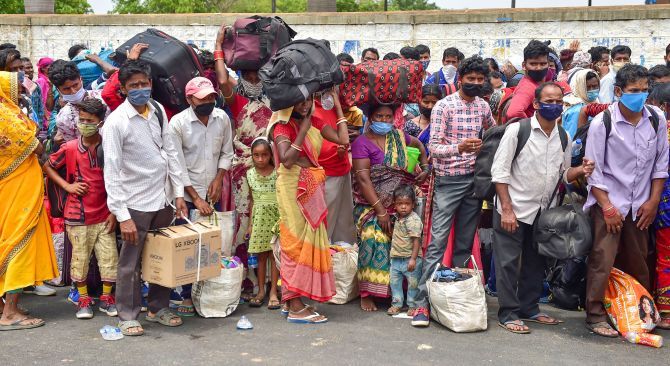 The minister interacted with the people of the North-eastern states and Odisha and said that there was no need to panic as travel will be arranged for all migrants at government expense, his office said in a release.

He also spoke to the Chief Secretary and senior officials and instructed them to resolve the confusion, and urged people to co-operate with the administration.

The minister told them that the Karnataka government was doing everything to send them back safely.

Sudhakar, who is also a doctor, came to the rescue of a man named Arshad who suffered an attack of fits, his office said. 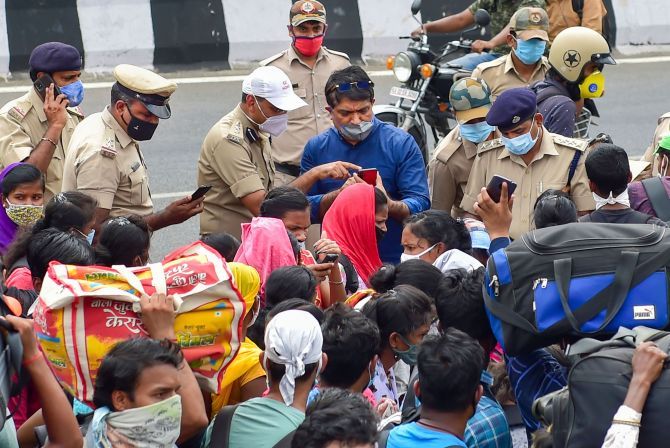 Officials said those with tickets and requisite details were allowed to travel, while others were asked to go back and wait until their turn comes, once they register.

State Congress president D K Shivakumr too visited the spot and spoke to the workers.

Speaking to reporters, he said he was ready to foot their bill and hit out the government for not making arrangements properly, and for making them wait under the hot sun without food and water. 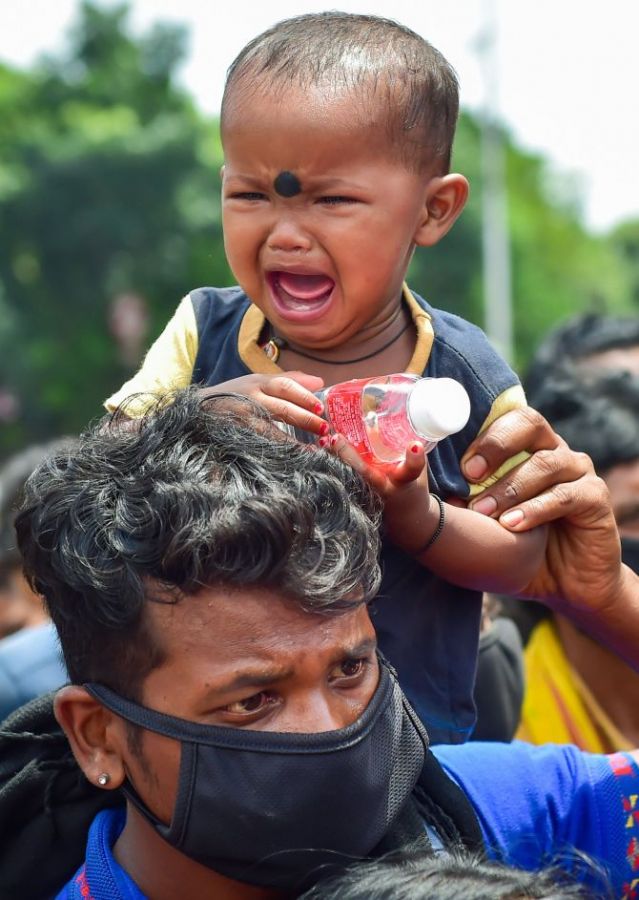 Chief Minister B S Yediyurappa on Friday had announced that the state government would bear the travel cost of migrant workers and stranded people to their respective states by Shramik trains
up to May 31.

Following the chief minister's announcement Railway officials too said no payment is to be made by the workers returning on Shramik trains. 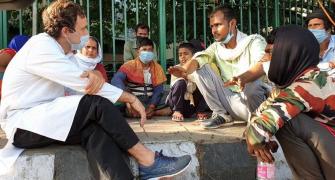 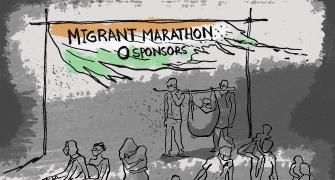 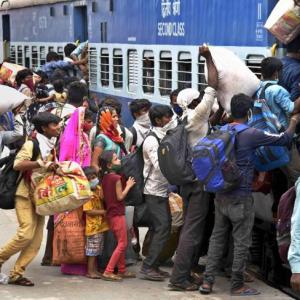