News
Business
Movies
Sports
Cricket
Get Ahead
Money Tips
Shopping
Sign in  |  Create a Rediffmail account
Rediff.com  » News » Cape Town is running out of water... Bengaluru is next

It’s not just South Africa’s Cape Town which is going dry. Here are 10 other cities that are most likely to run out of drinking water. 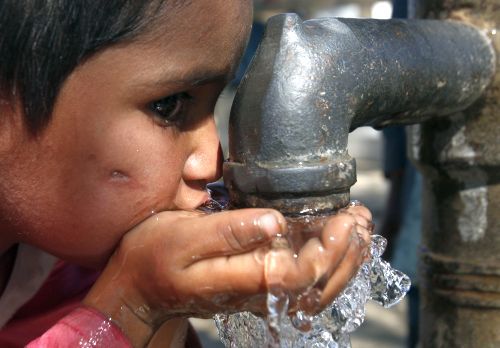 On May 11, it is predicted that Cape Town in South Africa will face ‘Day Zero’ -- the day when the major city will face the threat of running out of drinking water.

If this prediction comes true, the city’s 4 million residents will have to go to roughly 200 collection points scattered across the city to collect strictly rationed water. People will be allowed just 25 litres of water a day. That’s all the water they’ll have for drinking, bathing, flushing toilets, and washing their hands.

This isn’t the most frightening part of the story. Cape Town is only the tip of the iceberg, with water shortages to become increasingly common in major cities as well as rural nations.

According to the United Nations World Water Development Report, here are the other 10 cities most likely to run out of water. 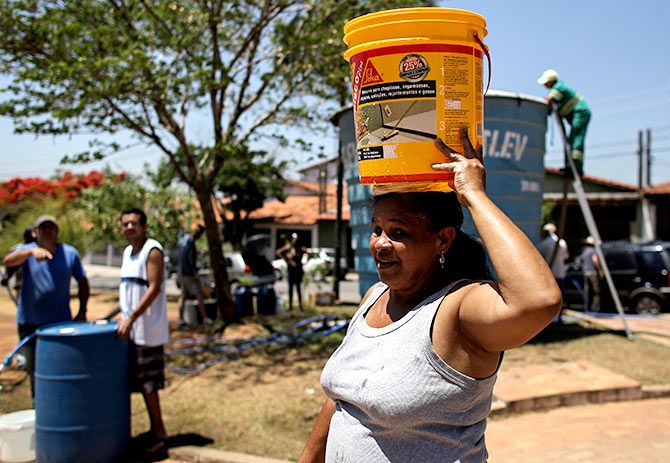 IMAGE: The city's water supply is once again in doubt as the main reserves are 15 per cent below the expected for the period. Photograph: Nacho Doce/Reuters

Brazil’s financial capital went through a similar crisis to Cape Town in 2015 when its main reservoir fell below four per cent capacity.

At the peak of the crisis, emergency water trucks were looted and the taps in many homes were cut to just a few hours twice a week.

In 2017, residents are once again a worried lot after the main reserves were 15 per cent below expected for the period. IMAGE: Shortage of water in Bengaluru is not as shocking as one would assume; according to an estimate, India will have a water deficit of 50 per cent by 2030. Photograph: Abhishek N Chinnappa/Reuters

India’s IT hub is feared to go thirsty very soon as officials note that not a single lake in the city is suitable for drinking or bathing purposes.

Local administration is struggling hard to manage the city’s water and sewage system due to growth of new property developments.

However, the scarcity of water in Bengaluru or in India is not a revelation though.

According to an estimate by the Asian Development Bank, India will have a water deficit of 50 per cent by 2030. Other estimates have suggested that the people may evacuate the city by 2025. 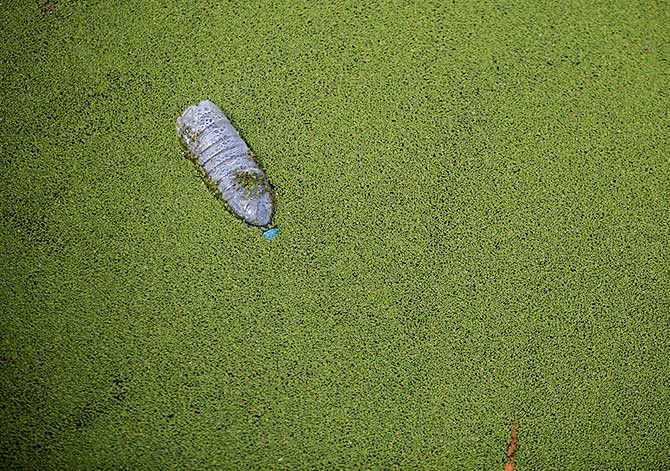 IMAGE: Official figures from 2015 showed that 40 per cent of Beijing's surface water was polluted to the point of not being useful even for agriculture or industrial use. Photograph: Aly Song/Reuters

Poor air quality isn’t the only environmental issue Beijing residents have to deal with.

The city’s second-largest reservoir has remained closed since 1997 due to pollution. In 2014, the Beijing’s 20 million inhabitants had only 145 cubic metres of fresh water per person (less than 1,000 per person is classified as water scarcity by the World Bank). 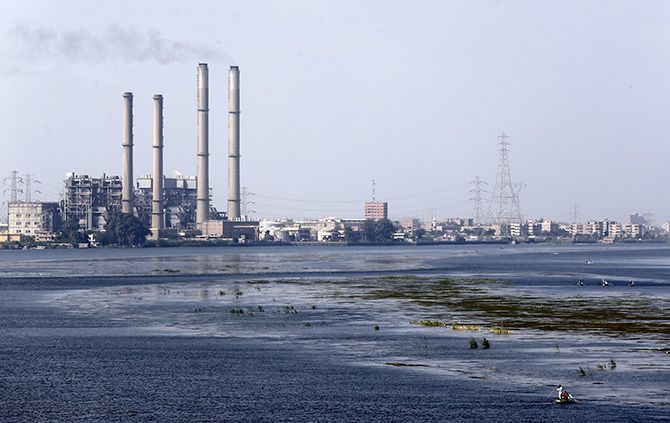 IMAGE: The Nile is increadinly becoming contaminated, which will eventually lead to critical water shortages in the country. Photograph: Amr Abdallah Dalsh/Reuters

The Nile, source of 97 per cent of Egypt's water, is struggling in modern times.

The river is increasingly becoming contaminated with untreated agricultural and residential waste.

The UN estimates critical shortages in the country by 2025. 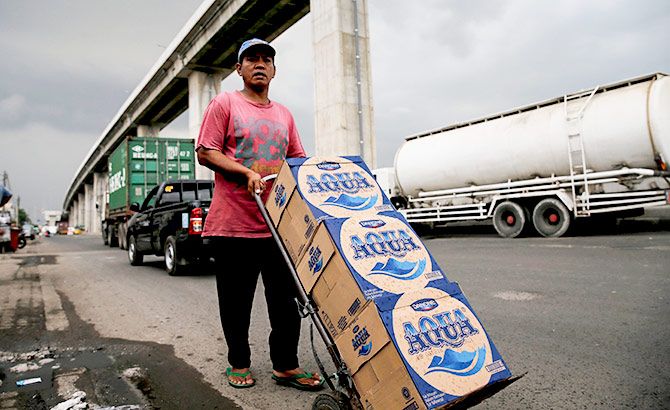 According to World Bank estimates, 40 per cent of the Indonesian city lies below sea level.

This shocking figure is thanks to the illegal digging of wells, as less than half of the city's 10 million residents have access to piped water.

To make things worse, aquifers are not being replenished despite heavy rain because the prevalence of concrete and asphalt means that open fields cannot absorb rainfall. 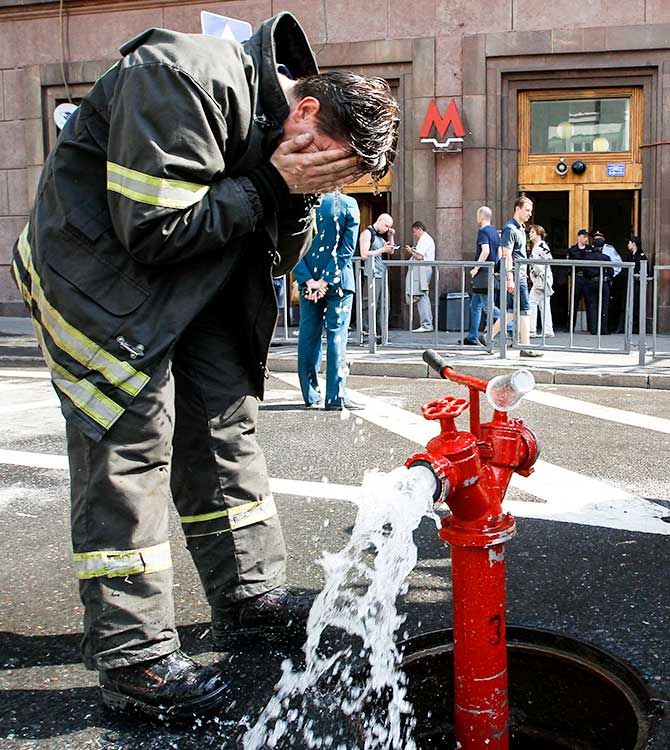 IMAGE: One-quarter of the world's fresh water reserves are in Russia, but the country is plagued by pollution problems caused by the industrial legacy of the Soviet era. Photograph: Sergei Karpukhin/Reuters

Official bodies in Russia report that 35 per cent to 60 per cent of total drinking water reserves in Russia do not meet sanitary standards. 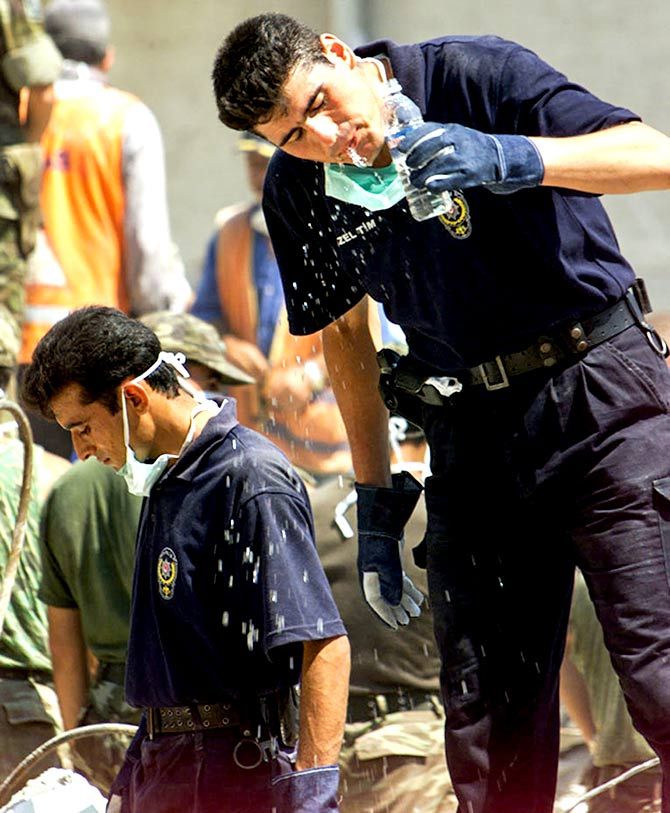 IMAGE: Turkey since 2016 has been facing a situation of water stress as the per capita supply fell below 1,700 cubic metres. Photograph: Reuters

At the beginning of 2014, the city's reservoir levels declined to less than 30 per cent of capacity, leading to anxiety among the 14 million inhabitants.

Local experts have warned that the situation could worsen to water scarcity by 2030. IMAGE: The city imports as much as 40 per cent of its water from distant sources. Photograph: Henry Romero/Reuters

Mexico City’s 21 million residents already experience limited access to drinking water. Many only have running water for part of the day, while one in five get just a few hours from their taps a week.

At more than 2,000 metres above sea level, the city’s aging water system struggles to meet demands and loses more than 980 litres a second due to leaks. 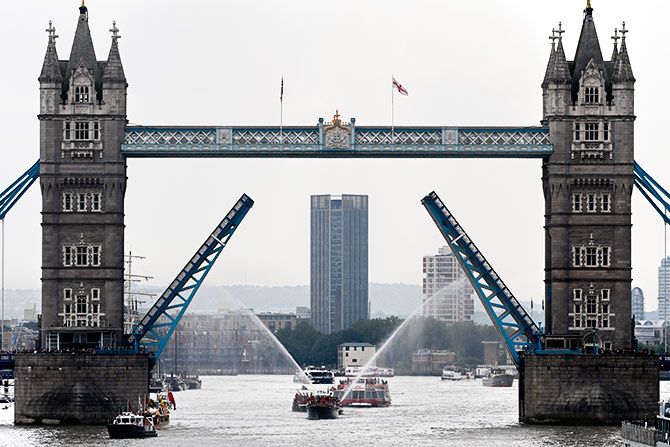 IMAGE: Londoners face a one in five probability of queuing at standpipes for their water for days or weeks during summer in the coming 25 years. Photograph: Stefan Wermuth/Reuters

London is by far the most surprising city facing water shortages. While the UK is known for getting lots of rain, its capital actually has a lower annual rainfall than Paris and New York and draws 80% of its water from rivers.

With a rapidly growing population and an aging plumbing system, water companies say Londoners face a one in five probability of queuing at standpipes for their water for days or weeks during summer in the coming 25 years.

The Great London Authority says the city’s water supply is close to capacity and is likely to have problems by 2025 and “serious shortages” by 2040 if alternative sources aren’t found. 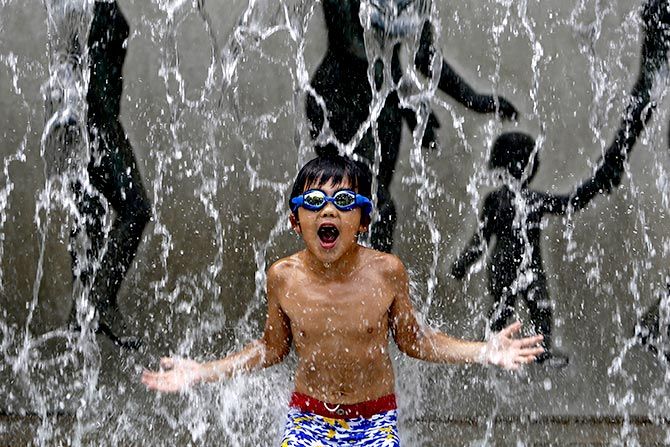 IMAGE: A drier-than-expected rainy season could lead to a drought, leading to water shortage in the megapolis. Photograph: Yuya Shino/Reuters

The Japanese capital’s rainfall is concentrated during four months of the year – making it hard to collect water. 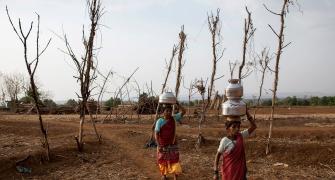 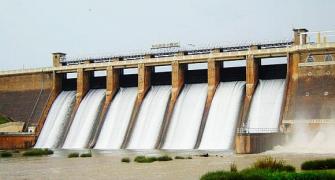 A saviour in drought-hit Tamil Nadu 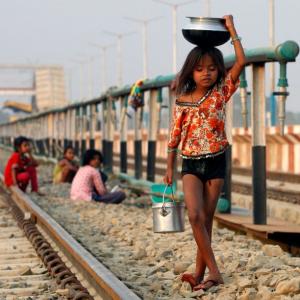 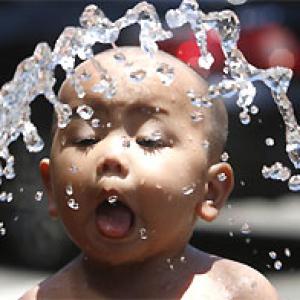