A day after a five-storeyed building in Maharashtra's Raigad district collapsed, rescue personnel continued to sift through the rubble in search of survivors, while police said 19 persons are still missing. 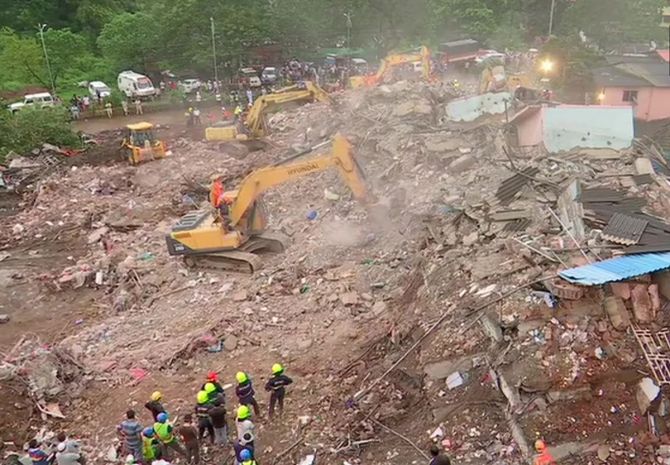 Raigad District Superintendent of Police Anil Paraskar told PTI that eight persons have been rescued from the debris so far and 19 are still missing.

A man died of cardiac arrest on Monday night after he was hit by a stone from the falling building, the IPS officer said.

"This person was not a resident of the building, but was walking nearby when it collapsed and was hit by a stone from the falling debris. He died of cardiac arrest," Paraskar said. 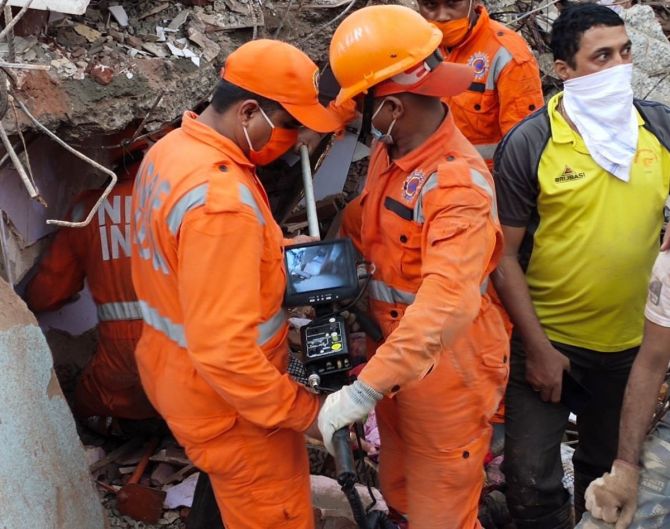 An official at the Mantralaya State Control Room of the State Disaster Management Unit said the Tarek Garden building collapsed at Kajalpura in Mahad tehsil around 7 pm.

There were around 40 flats in the building, the official said, adding those rescued were shifted to a local hospital at Mahad, which is around 170 km from Mumbai. 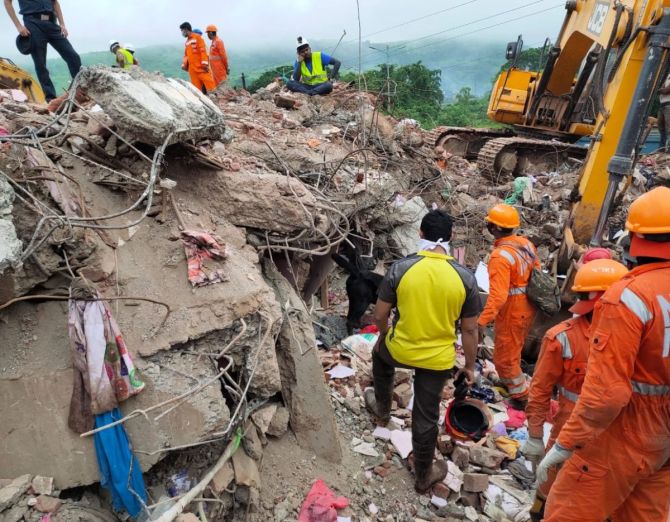 Teams of National Disaster Response Force are at the spot for rescue operations.

Canine squads were also deployed at the scene of the collapse, an official said. 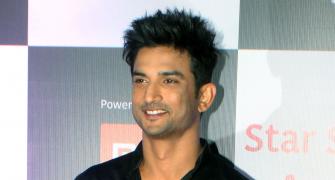 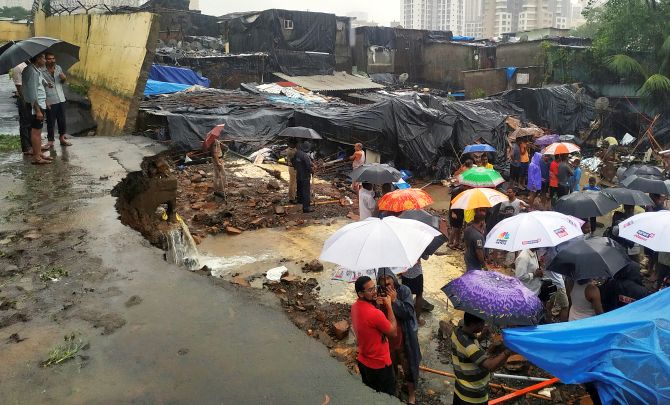 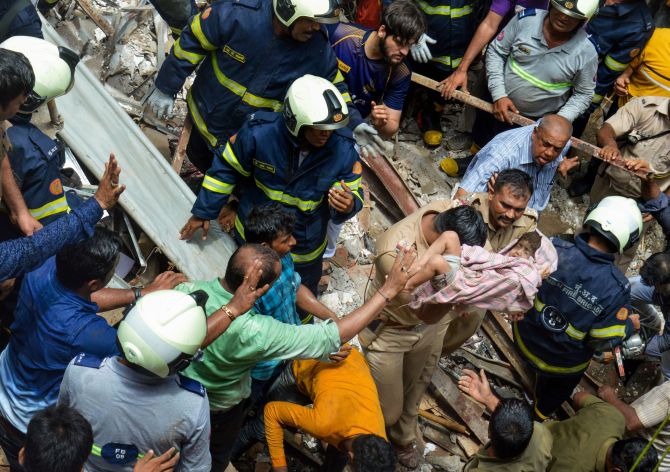