A protest by Dalits against the demolition of a Ravidas temple in the Tughlakabad area of Delhi turned violent on Wednesday night, leaving several people, including policemen, injured. 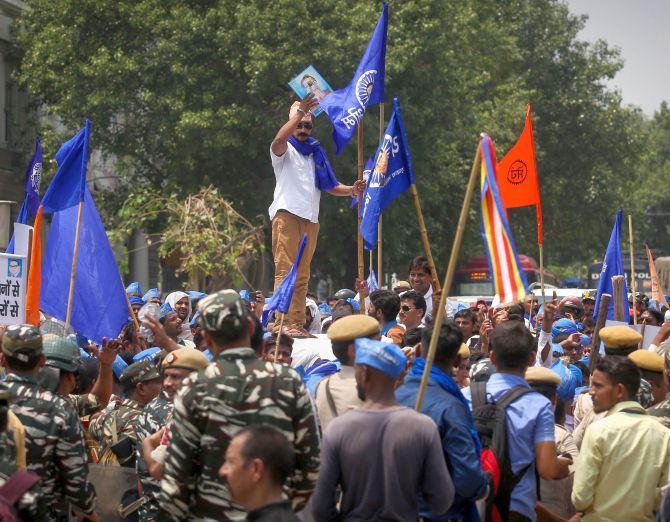 IMAGE: Members of Bhim Army during a rally to protest against the demolishment of Ravidas Mandir in Tughlakabad. Photograph: PTI Photo

A heavy police force was deployed in the area as tension prevailed after police resorted to lathi-charge to disperse the protesters and detained Bhim Army chief Chandrashekhar Azad and 50 others, a senior police officer said.

However, police have denied any reports of injury to the protesters.

"At around 7.30 pm, the mob that gathered at Ravi Das Marg turned unruly and became violent despite persuasion and appeal by police to maintain peace and started pelting stones and attacking policemen," Deputy Commissioner of Police (southeast) Chinmoy Biswal said. 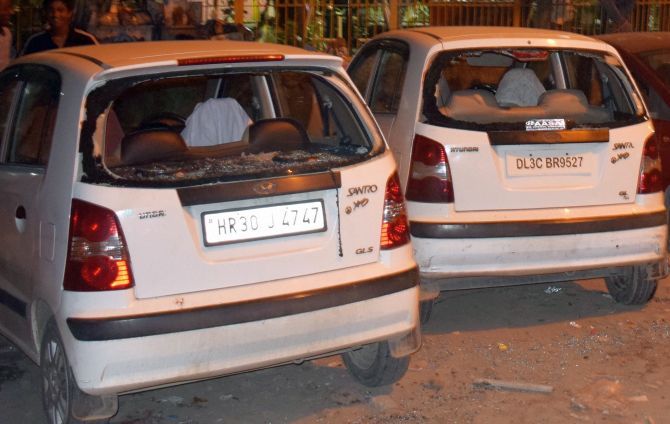 IMAGE: Vehicles damaged during the Bhim Army rally to protest against the demolishment of Ravidas Mandir in Tughlakabad. Photograph: PTI Photo

"Mild and reasonable force had to be used to disperse the unruly mob. Some policemen have sustained injuries in the incident. There are no injuries to the public. Some members of the unruly mob have been detained and being verified. Appropriate legal action is being taken in this matter," he said, adding that a case was registered in the matter.

The protest attended by a large number of people from different states caused massive traffic jams in several areas of the city.

According to the police, violent protesters damaged a few vehicles and two motorcycles were set ablaze.

The Ravidas temple was demolished by the Delhi Development Authority earlier this month on the orders of the Supreme Court. 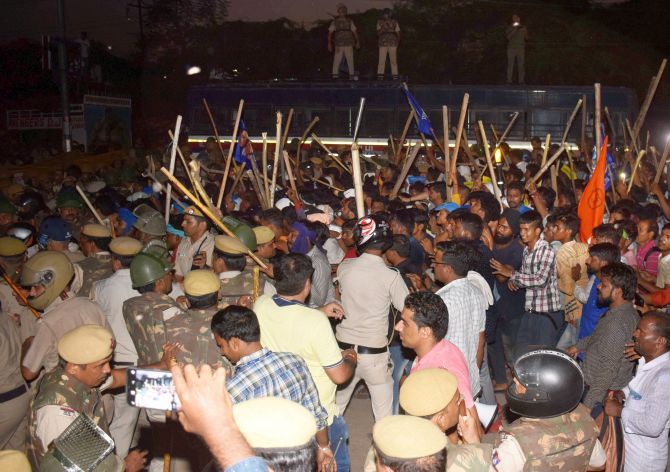 IMAGE: Police personnel baton charge activists of Bhim Army during a rally to protest against the demolishment of Ravidas Mandir. Photograph: PTI Photo

Earlier in the day, thousands of Dalits, who trooped into Delhi from various parts of the country in buses and trains, marched from Ambedkar Bhawan in Jhandewalan to Ramlila Maidan in central Delhi, protesting against the demolition of the temple in the Tughlakabad forest area.

At the planned protest at the Ramlila Maidan, Azad announced that they would install a bust of Sant Ravidas at the demolished temple and began a march to the site along with his supporters.

He told reporters on the way to the temple, "The demolition of the temple was an insult to our community and I will go to any extent to fulfil the promise (of installing bust) made by me to my people. No force can stop us me." 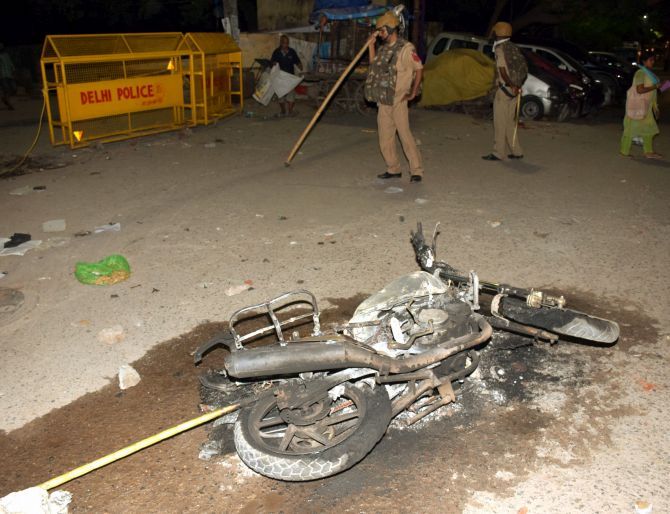 IMAGE: A burnt motorcycle is seen during the Bhim Army rally to protest against the demolishment of Ravidas Mandir in Tughlakabad. Photograph: PTI Photo

The agitators were stopped from marching towards the temple in the Tughlakabad area with the police forming a security ring around them. Soon after, the protesters turned violent.

The protest brought the movement of traffic in several parts of Delhi to a standstill, as police personnel struggled to bring the situation under control.

The issue has taken a political hue with various parties demanding that the temple be reconstructed either at the same spot in Tughlakabad forest area or at an alternative location.

After the demolition of the temple, Bahujan Samaj Party supremo Mayawati had alleged that the incident reflected a "casteist mentality".

Following Maywati's allegation, Chief Minister Arvind Kejriwal said the Delhi government had nothing to do with the demolition of the temple.

Union Housing and Urban Development Minister Hardeep Singh Puri had also said that the Centre was determined to find a solution and possibly identify an alternative site to "relocate" the temple. 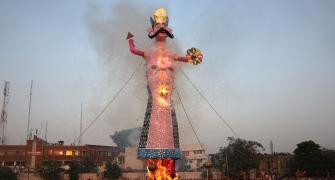 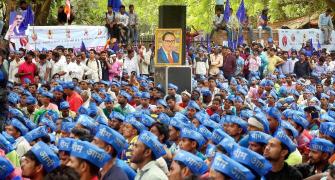 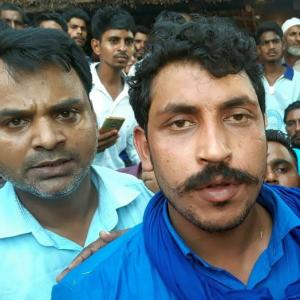