Bharatiya Janata Party chief Amit Shah on Saturday filed nomination papers for his maiden Lok Sabha elections from Gandhinagar, currently represented by L K Advani, and later asserted in a rally that people saw in Prime Minister Narendra Modi a leader they had been waiting for the last 70 years. In what is being seen as a demonstration of his political heft and status as the second most powerful person in the party after Prime Minister Modi, a road show and a rally was held which was attended two ex-BJP chiefs -- Rajnath Singh and Nitin Gadkari -- besides allies like Shiv Sena's Uddhav Thackeray, Shiromani Akali Dal's Parkash Singh Badal and Lok Janshakti Party's Ram Vilas Paswan.

Prior to the filing his nomination, a well-attended four-kilometre road show from Sardar Patel statue in Naranpura to Prabhat Chowk in Ghatlodia saw Shah in an open vehicle along with Union ministers Rajnath Singh, Piyush Goyal and other local leaders.

At a public gathering before the road show, the BJP chief said, "This election will be fought on only one issue, and that is who will lead this country. When I ask who will lead the country, from Himachal to Kanyakumari and from Kamrup to Gandhinagar, only one word is heard, that is: Modi, Modi, Modi."

Showering praise on Modi, he said the prime minister's leadership was something people were waiting for 70 years. Shah's Lok Sabha poll debut from Gandhinagar replacing the party patriarch 91-year-old Advani, who had been winning uninterrupted from the seat since 1998, marks a generational shift in the party.

Political watchers believe that the absence of Advani at Saturday's events indicated that the veteran leader may not be very happy with the turn of events, but it also underscored the rise and rise in Shah's stature since he took over as the party's chief in 2014 and plotted its unprecedented electoral success in assembly and local polls.

At the rally, Rajnath Singh asked if former prime minister Indira Gandhi can be credited for liberating Bangladesh from Pakistan, why should not Prime Minister Modi be credited for the Balakot air strike.

Badal and Paswan also praised Modi, asking the people to bring back the NDA for another term at the Centre, while Thackeray said differences between the two saffron allies had been resolved.

"Some people were rejoicing that the two parties with the same ideology are fighting with each other. We had some 'manmutav' (bad feeling) and 'matbhinnata' (difference of opinion). But when Amit Shah came to my house and we sat and held talks, all the issues were resolved," he said. 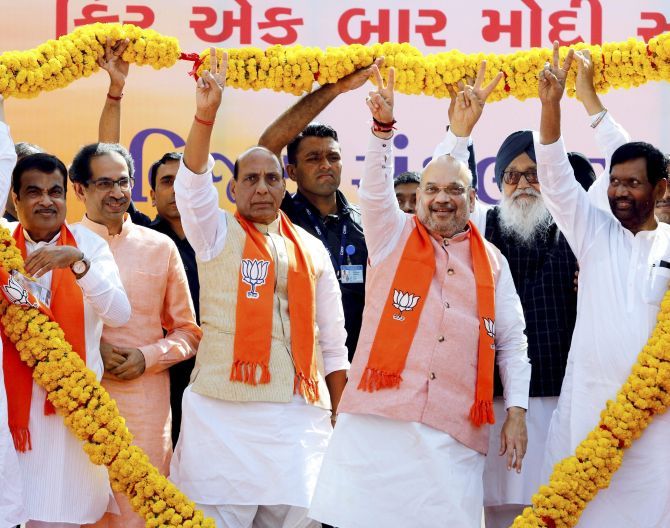 Gadkari claimed that whatever happened in the last five years under PM Modi's leadership "did not happen in 50 years".

Jaitley said Gandhinagar is an important seat for BJP and that was the reason why Shah was given the ticket.

"Amit Shah has filed his nomination papers for Gandhinagar Lok Sabha seat today. The top leadership of BJP and NDA has come here in his support which shows the importance this constituency has for us," Jaitley told reporters after Shah filed the papers.

"This is the parliamentary seat represented by leaders like Purshottam Ganesh Mavalankar, L K Advani and Atal Bihari Vajpayee. That is why the party has fielded its national president from here. He will win this seat with a record margin and will win all the 26 seats in Gujarat again," he said.

As an MLA, Shah had represented Sarkhej constituency. After delimitation, he was an MLA from Naranpura. Both these seats were under Gandhinagar Lok Sabha constituency.

"I am fortunate that the BJP has made me the candidate from Gandhinagar seat which was represented by Lal Krishna Advani, Atalji and Purushottam Ganesh Mavalankar," Shah said. 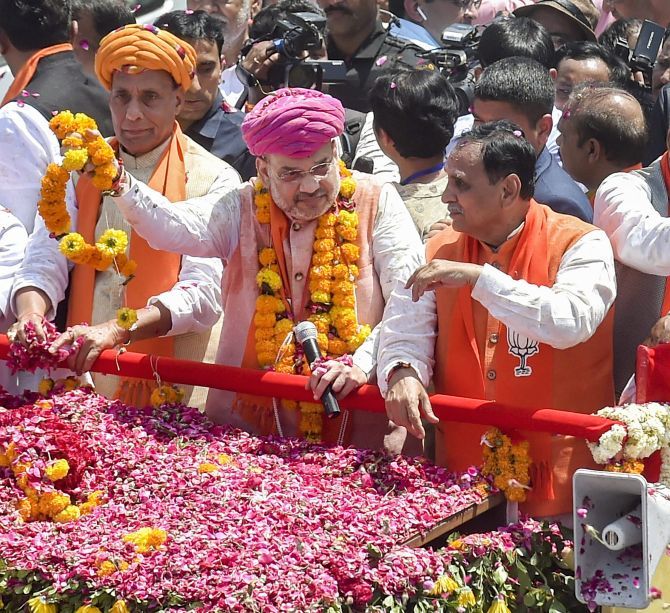 "Today, Gandhinagar is among the most developed seat in the country and I will humbly and from the bottom of my heart try to carry forward the legacy of Advaniji," he said and also tweeted his thanks to his party's senior leaders and allies for their presence at the events.

Noting that he used to paste posters in Gandhinagar during polls as an ordinary BJP worker, and has now become its president and candidate for the general election, Shah said, "It is possible only in the BJP."

"If you remove the BJP from my life, then what is left is zero. Whatever I have received, learnt and tried to give to the country and the state is what was given to me by the BJP," he said.

Shah's decision to contest the Lok Sabha polls is seen as his effort to demonstrate that he was willing to lead from the front and also to energise the BJP cadres in Gujarat where the party had won all 26 seats in 2014 but has seen its rival growing in strength since. 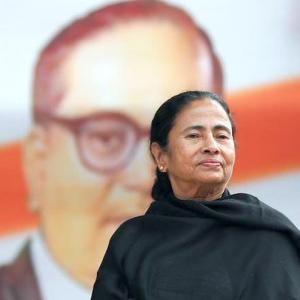 'BJP insulted Advani by dropping him' 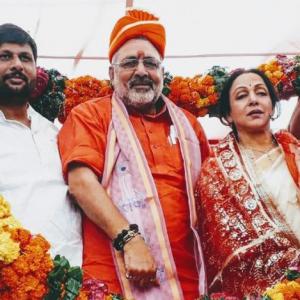