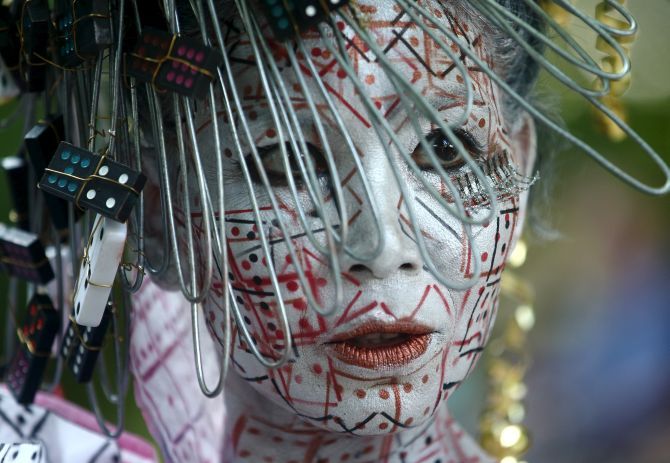 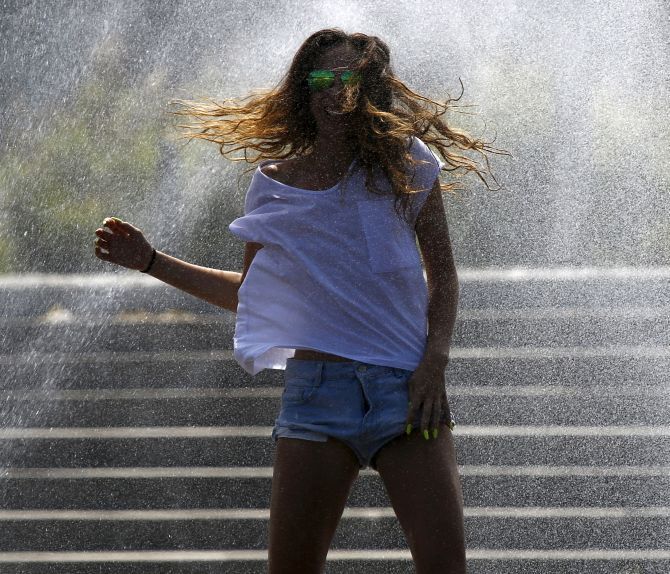 Woman cools off in a sprinkler on the Vistula river bank in Warsaw during a hot summer day. The temperature in Poland soared, causing a heat wave. Photograph: Kacper Pempel/Reuters 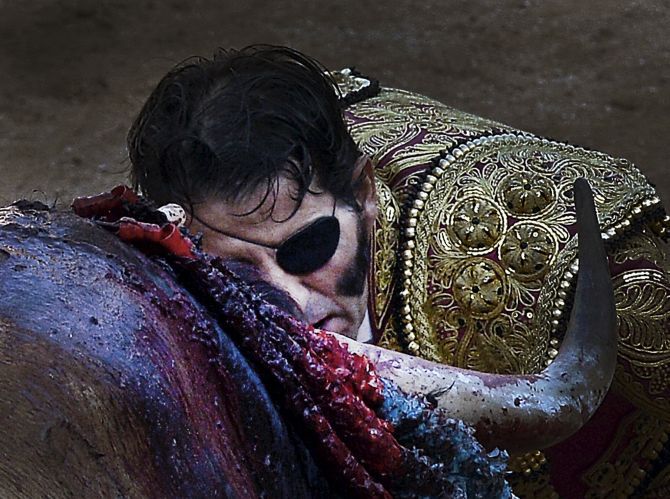 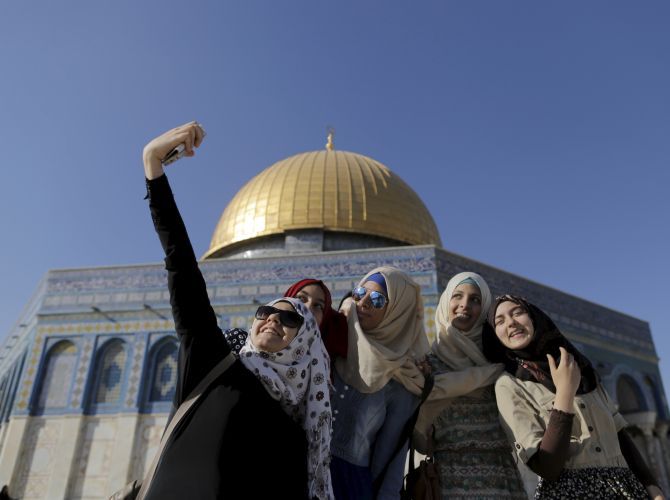 Palestinian Sanaa Abu Jaudi 16, from the West Bank city of Jenin, takes a selfie photo with friends in front of the Dome of the Rock on the compound known to Muslims as Noble Sanctuary and to Jews as TempleMount, in Jerusalem’s OldCity, during the holy month of Ramadan. This is Abu Jaudi’s third visit to the compound. Palestinians young and old have jumped on a trend for taking selfies at Al Aqsa, the 8th century Muslim shrine in Jerusalem, both as a personal memento and for relatives prevented from or unable to visit the ancient compound. Photograph: Ammar Awad/Reuters 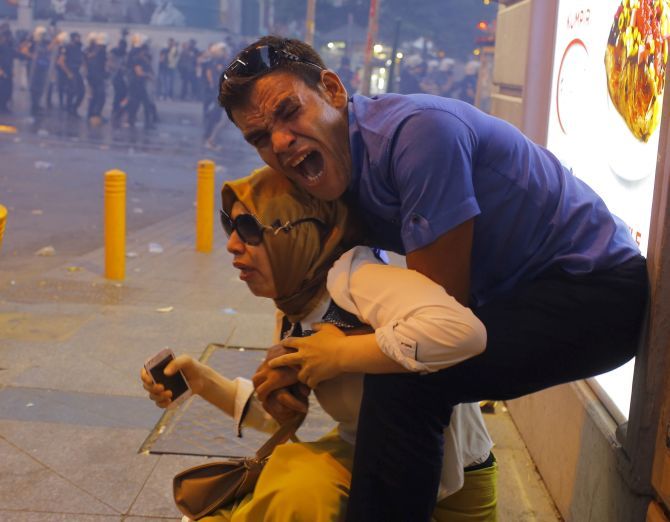 A couple, affected by tear gas used by riot police to disperse demonstrators, reacts in central Istanbul, Turkey. Police in Istanbul fired teargas and water cannon when a demonstration by protesters blaming the government for a suspected Islamic State suicide bombing turned violent, a Reuters witness said. Hundreds gathered near Istanbul’s central Taksim Square after the bombing in the mostly Kurdish border town of Suruc which killed at least 30 people. Photograph: Huseyin Aldemir/Reuters 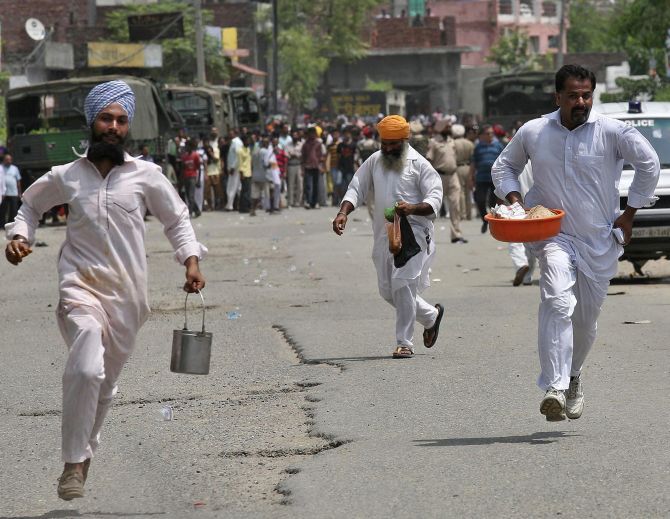 Local residents run near the site of a gunfight at a police station at Dina nagar town in Gurdaspur district of Punjab, India. India tightened security on the border with old enemy Pakistan after heavily armed men stormed a police station in the northern frontier state of Punjab, killing six people and wounding several others. Photograph: Munish Sharma/Reuters 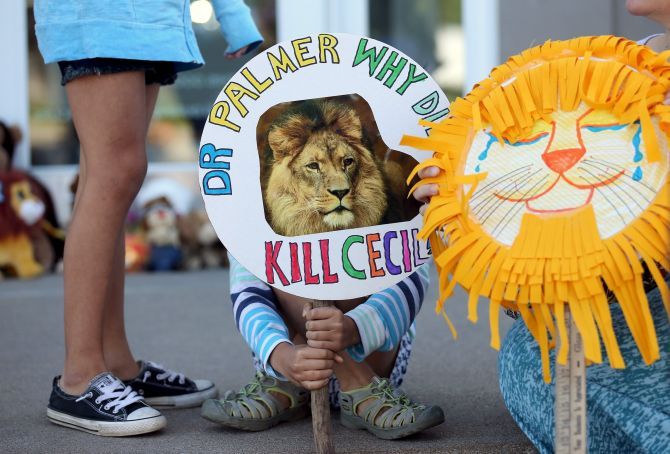 Piper Hoppe, 10, from Minnetonka, Minnesota, holds a sign at the doorway of River Bluff Dental clinic in protest against the killing of a famous lion in Zimbabwe, in Bloomington, Minnesota. A Zimbabwean court on Wednesday charged a professional local hunter Theo Bronkhorst with failing to prevent an American from unlawfully killing ‘Cecil’, the southern African country’s best-known lion. The American, Walter James Palmer, a Minnesota dentist who paid $50,000 to kill the lion, has left Zimbabwe. He says he did kill the animal but believed the hunt was legal and that the necessary permits had been issued. Photograph: Eric Miller/Reuters 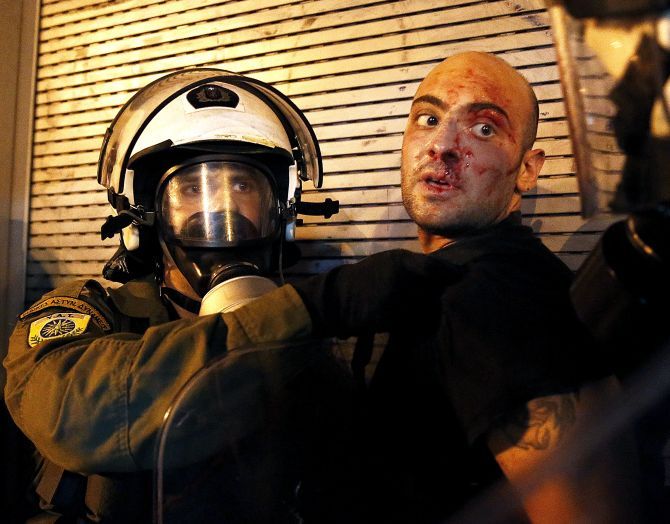 A protester bleeds as he is arrested by riot police following clashes in Athens, Greece. Greek anti-establishment protesters threw dozens of petrol bombs at police in front of parliament ahead of a key vote on a bailout deal, in some of the most serious violence in over two years. Police responded with tear gas, sending hundreds of people fleeing in central Syntagma Square. Photograph: Yannis Behrakis/Reuters 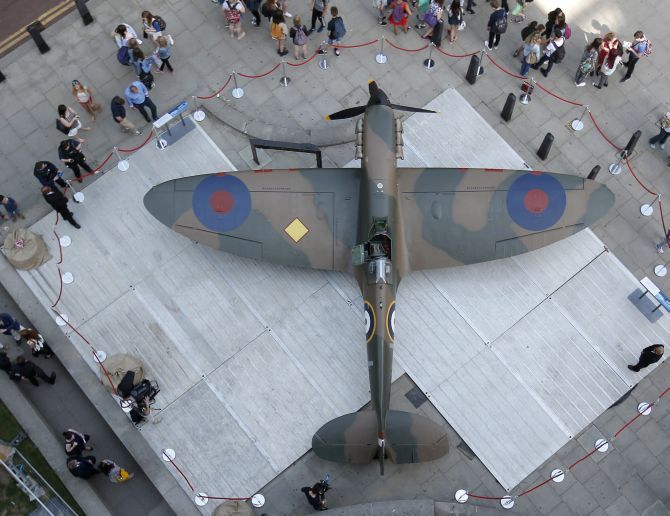 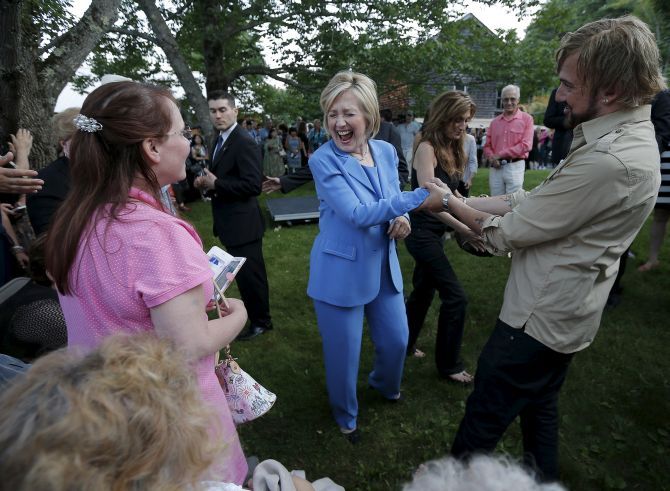 Democratic presidential candidate Hillary Clinton reacts after a supporter kissed her hand during a campaign stop in a back yard of a home in Windham, New Hampshire. Photograph: Brian Snyder/Reuters 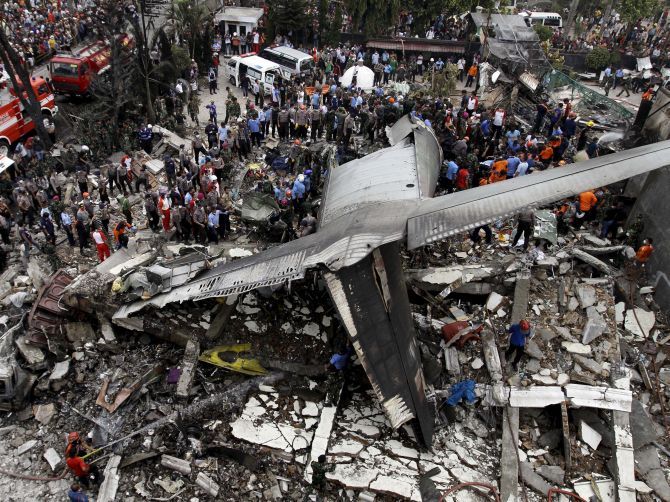 Security forces and rescue teams examine the wreckage of an Indonesian military C-130 Hercules transport plane after it crashed into a residential area in the North Sumatra city of Medan, Indonesia. At least 30 people were killed when the military transport plane crashed into a residential area two minutes after take-off in northern Indonesia, putting a fresh spotlight on the country's woeful air safety record. Photograph: Roni Bintang/Reuters 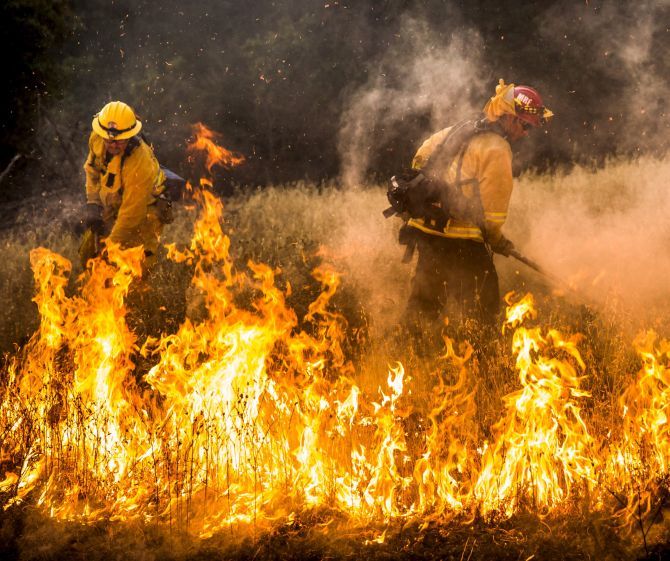 Firefighters work to dig a fire line on the Rocky Fire in Lake County, California. The Rocky Fire broke in LakeCounty, 110 miles (180 km) north of San Francisco. It then had spread to 8,000 acres (3,237 hectares), according to the California Department of Forestry and Fire Protection, known as Cal Fire. Photograph: Max Whittaker/Reuters 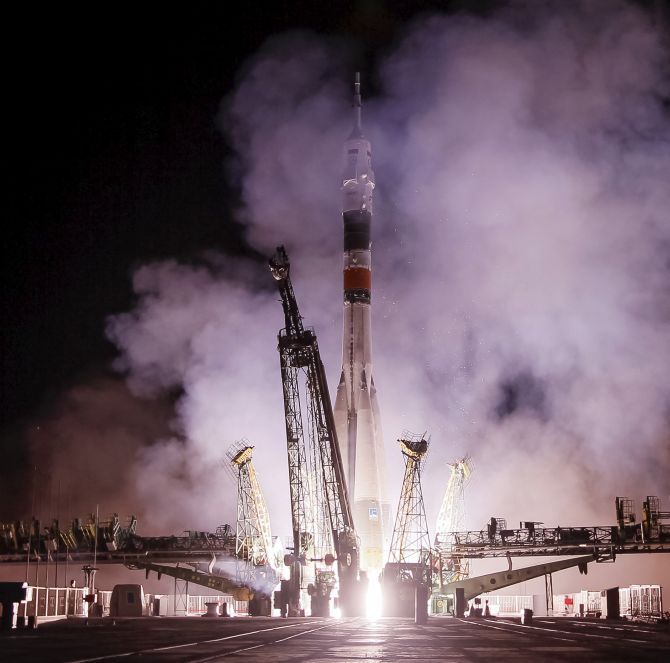 The Soyuz TMA-17M spacecraft carrying the International Space Station crew of Kjell Lindgren of the US, Oleg Kononenko of Russia and Kimiya Yui of Japan blasts off from the launch pad at the Baikonur cosmodrome, Kazakhstan. Photograph: Shamil Zhumatov/Reuters 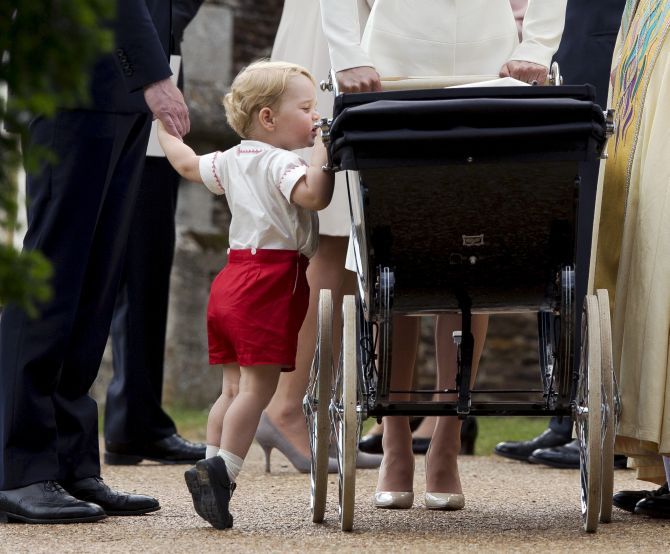 Britain’s Prince George looks into the pram of his sister Princess Charlotte after her christening at the Church of St Mary Magdalene in Sandringham. Photograph: Matt Dunham/Pool/Reuters 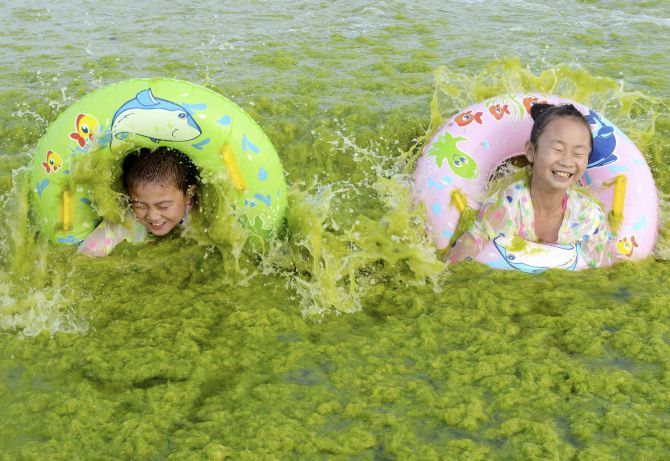 Children laugh as they swim with floats at the seashore covered by algae, in Qingdao, Shandong province, China. Photograph: Reuters 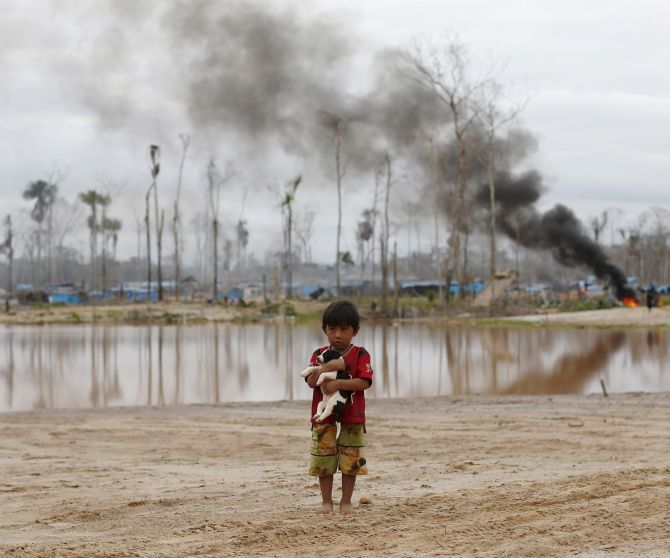 A boy carries a dog as he stands after a Peruvian police operation to destroy illegal gold mining camps in a zone known as Mega 14, in the southern Amazon region of Madre de Dios. Peruvian police razed dozens of illegal gold mining camps at the edge of an Amazonian nature reserve this week, part of a renewed bid to halt the spread of wildcatting in a remote rainforest region. The stings at the edge of the Tambopata National Reserve were the first in the southeastern region of Madre de Dios since a crackdown let up in December. Production from wildcat miners in Madre de Dios, who sell their ore up the supply chain, made up about 10 percent of national production before President Ollanta Humala launched the harshest crackdown yet on illegal gold mining last year. Photograph: Janine Costa/Reuters 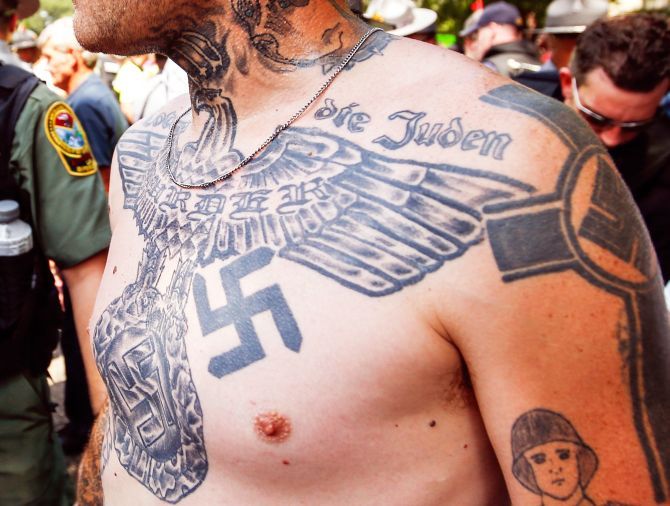 A supporter of the Ku Klux Klan is seen with his tattoos during a rally at the statehouse in Columbia, South Carolina. Photograph: Chris Keane/Reuters 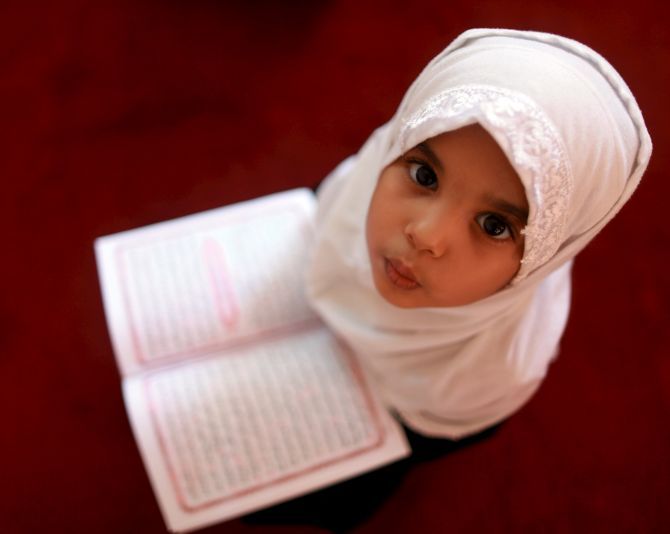 A girl reads the Koran at a Koranic school during the Muslim holy fasting month of Ramadan, in Benghazi. Photograph: Esam Omran Al-Fetori/Reuters 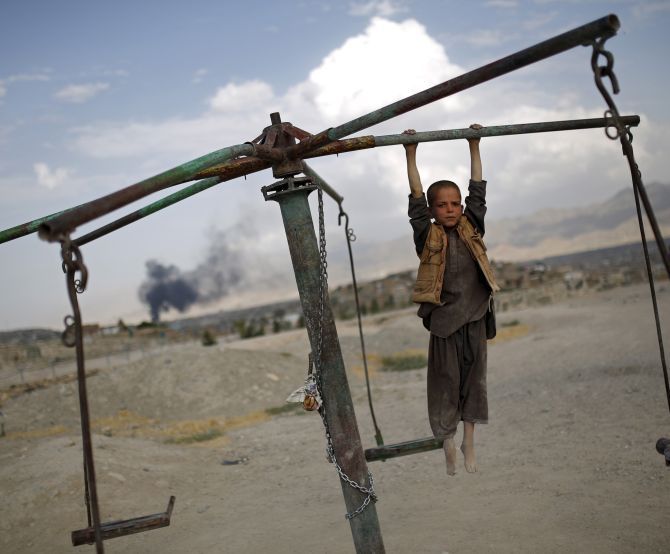 An Afghan boy plays on a merry-go-round on a hill top in Kabul. Photograph: Ahmad Masood/Reuters 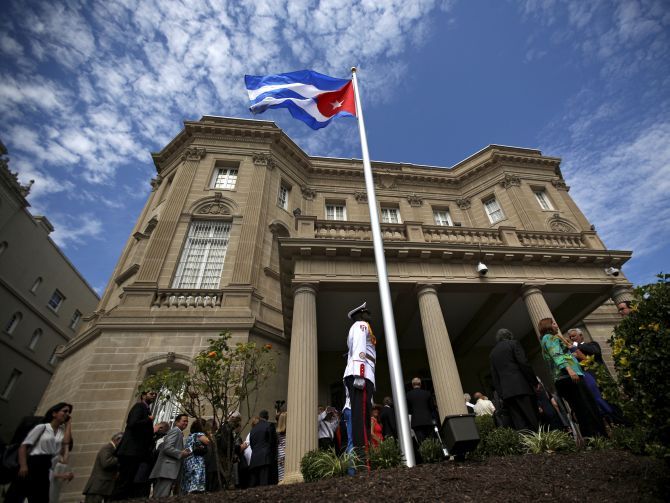 A guard stands in front of the new Cuban embassy in Washington after officials raised the national flag in a ceremony. The Cuban flag was raised over Havana’s embassy in Washington for the first time in 54 years as the United States and Cuba formally restored relations, opening a new chapter of engagement between the former Cold War foes. Photograph: Carlos Barria/Reuters 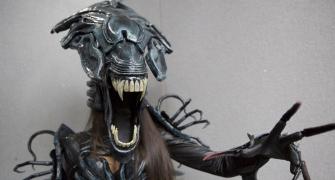 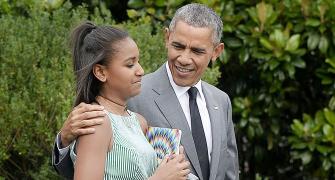 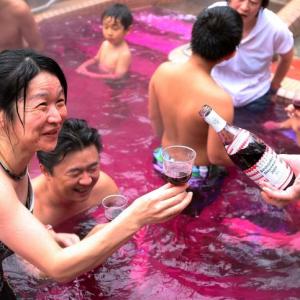 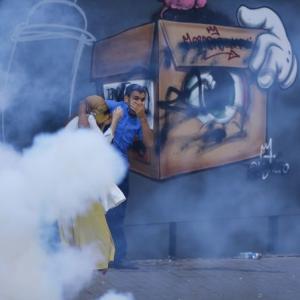