There's a new top dinosaur in town: The 122-foot-long Titanosaur. 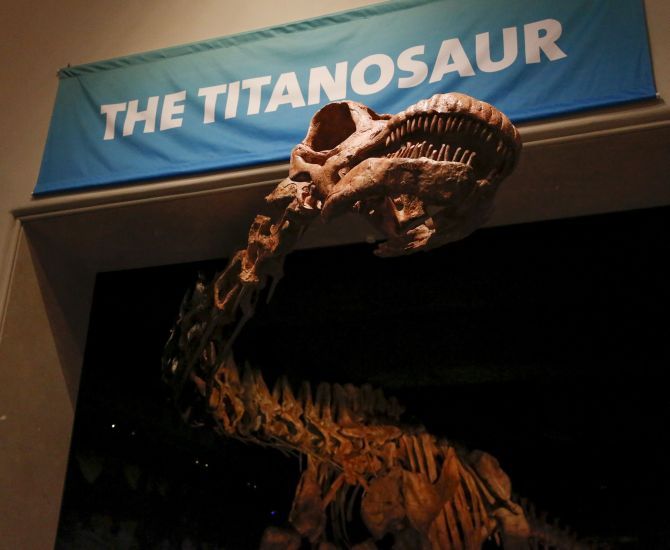 Now, this is what you call big! The biggest dinosaur ever to be shown at the American Museum of Natural History will be unveiled on Friday, and its head will graze the ceiling. Known as the Titanosaur, it is one of the largest dinosaurs ever discovered, and lived 100 million years ago. Photograph: Shannon Stapleton/Reuters

If you thought the dinosaurs in “Jurassic Park” were big, wait until you see the newly discovered 122-foot-long dinosaur that is displayed at the American Museum of Natural History.

And if you can’t think how big that is, picture this: it is so big, it’s head grazes the ceiling and pokes out through it’s exhibition hall.

Known as the Titanosaur, it is one of the largest dinosaurs ever discovered, and lived 100 million years ago. The remains of the dinosaur were dug up in Argentina in 2014. Photograph: Spencer Platt/Getty Images

Researchers dug up the bones in a desert region of Argentine Patagonia, after a farmer found what he suspected to be fossils.

The Titanosaur is believed to have weighed, when walking the Earth roughly 100 million years ago, some 70 tonnes -- as heavy as at least 10 African elephants. Its thigh bone is nearly 8 feet long. The Titanosaur will be shown to the public in a walking pose, with its neck stretched out toward the museum's fourth-floor elevators. This is the only way the dinosaur would fit in the building. Photograph: Spencer Platt/Getty Images

“Everything was extremely large,” said Diego Pol, one of the palaeontologists who excavated the previously unknown dinosaur in Argentina in 2014. “After a few days working, we realised it was huge.”

According to the palaeontologists, despite their intimidating stature, researchers think that these giant dinosaurs were herbivores, eating only plants.

(Left) A replica of the claw of the Titanosaur. (Right) A femur bone of the 'Titanosaur' is said to be eight feet long and researchers used this to estimate that the giant weight roughly 70 tonnes. Photograph: Spencer Platt/Getty Images

The Titanosaur’s initial discovery began with a call from a farmer who thought he had found fossils in a remote desert region of Argentine Patagonia, in the southernmost reaches of South America. A quick survey by Pol and colleagues from the Museo Paleontológico Egidio Feruglio in the city of Trelew suggested it might be a significant find. 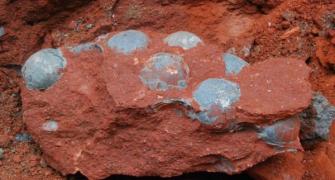 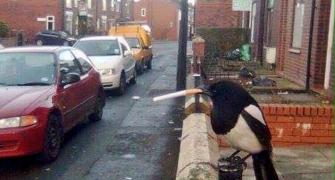 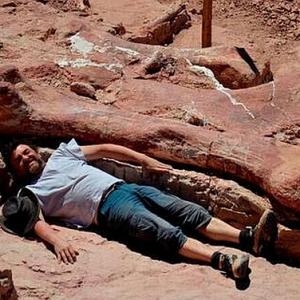