Some people are remembered for their great achievements. But, there are some like these who enter record books for the sheer oddity.

On the occasion of 60th-anniversary edition of the Guinness World Records book, here are some of the latest additions to the oddball hall of fame. 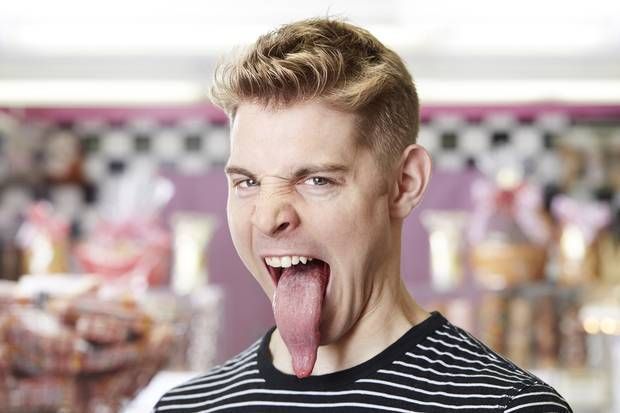 Californian Nick Stoeberl entered the record books for his 10.1 centrimetre-long tongue. Stoeberl, an artist and comedian from California, had been trying to get official recognition for his huge tongue for two years.

2) She crushes out the competition 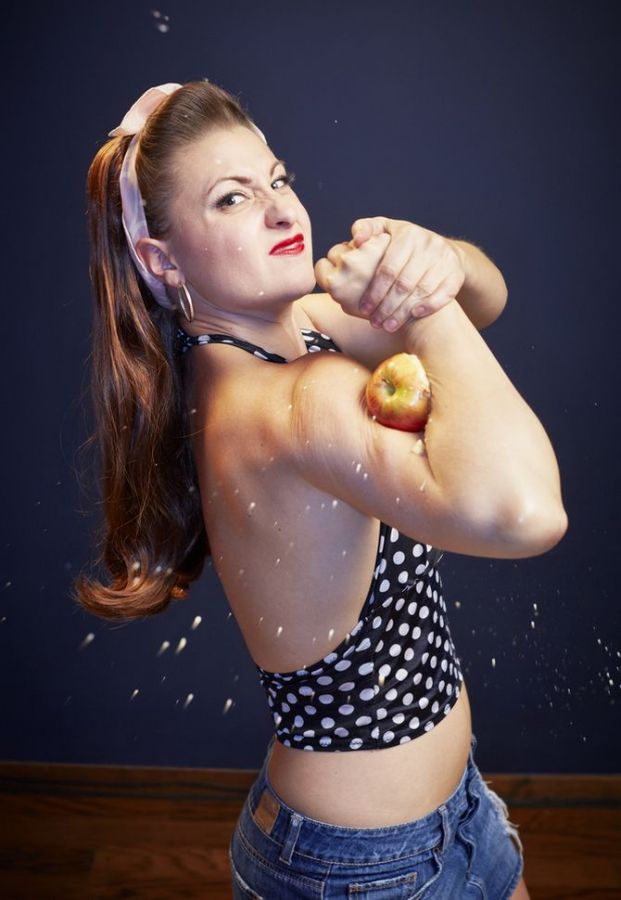 Linsey Lindberg aka Mama Lou set a world record by crushing eight apples with her bicep. The former religious studies graduate, from Austin, Texas was working at a prestigious accounting firm in New York before she quit to follow her dream to join the circus. She is so strong she can tear a telephone book with her bare hands, bend a frying pan in half and crush apples with her biceps.

3) Leaping into the record books 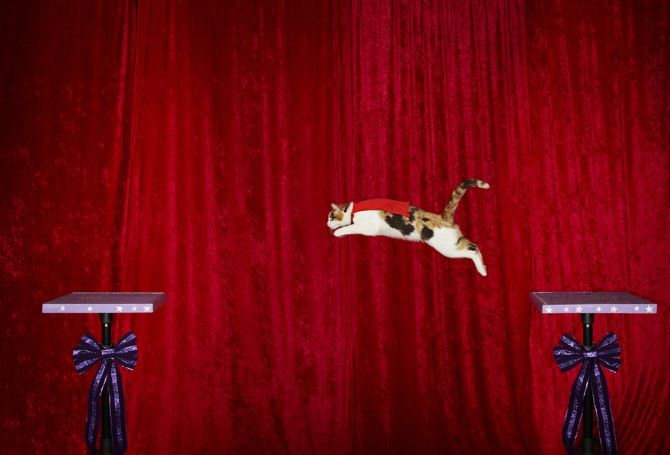 Alley of the US, has made her mark in the Guinness World Records 2015 book for the longest jump by a cat, at six feet. Samantha Martin, Alley's owner, realised her new cat liked to jump and began to train her up. 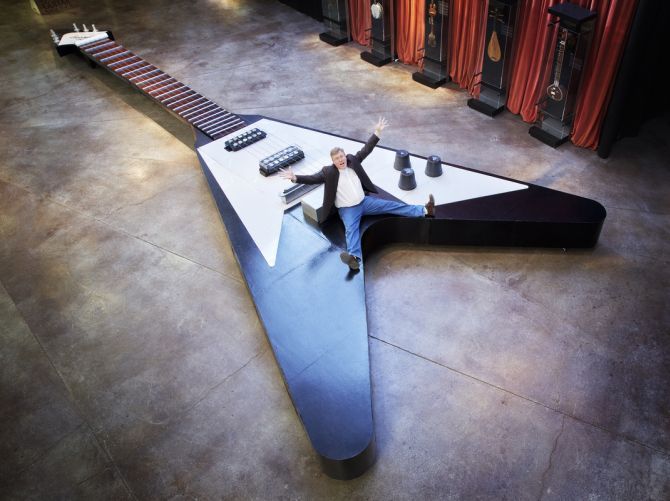 The largest playable guitar in the world measures 43 feet, 7.5 inches tall; 16 feet, 5.5 inches wide and weighs 2000 pounds. Modeled on a 1967 Gibson Flying V, it was built by students from Conroe Independent School District Academy of Science and Technology, Conroe, Texas, at a cost of $3,000 (Rs 1.82 lakh). 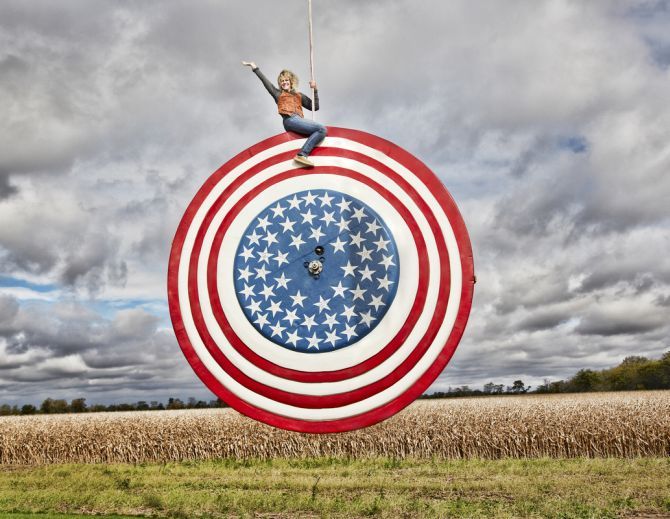 Beth Johnson from Ohio has made it into the Guinness World Records 2015 book for constructing the world’s largest yo-yo which measures 3.65 metre in diameter with a weight of 2095.6 kilogram. 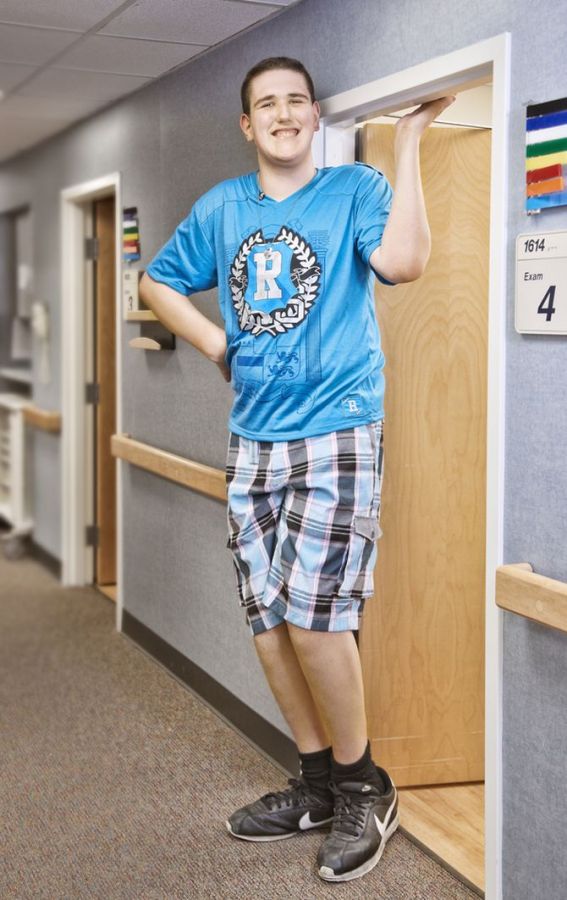 Broc Brown, 17, of Jackson, Michigan, stands 7 feet, 1.5 inches tall. Although he can dunk, he’s too big for basketball. He wears size 24 athletic shoes -- bigger than those worn by Shaquille O’Neal. 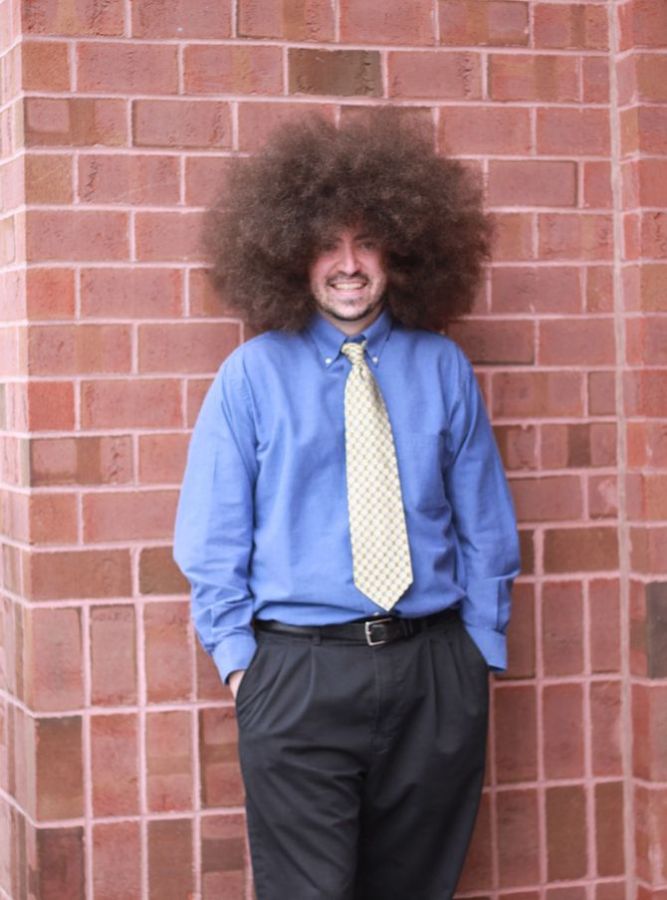 It spans five feet in circumference and draws hair-raising reactions wherever it goes. A Massachusetts man’s mop of hair has been deemed the “largest male afro” by Guinness World Records. Alan Labbe, a follicly endowed father of three, started growing his ’fro four years ago — transforming the mild-mannered software tester into a magnificently maned local celebrity. “It’s like being famous, like a rock star,” Labbesaid. “But I haven’t really done anything, I’ve just grown my hair out.” The modest man’s colossal coiffure is truly a sight to behold. It sags over Labbe’s eyes, engulfs his ears and covers most of his cheeks. 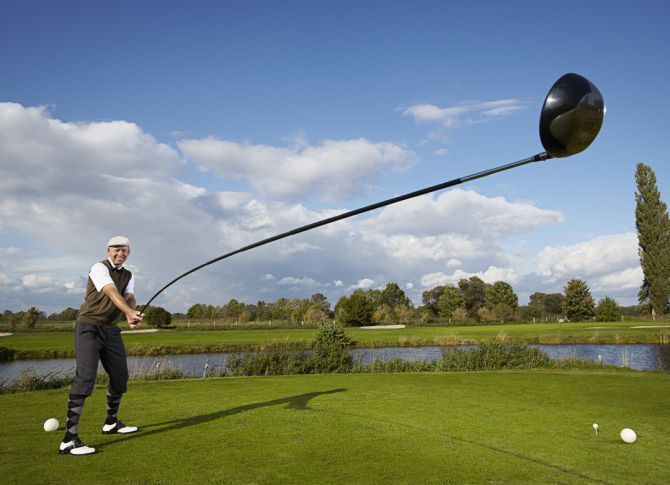 Denmark’s Karsten Maas has taken his love of the game to the extreme with his longest ‘usable’ golf club. Measuring 14 feet, 5 inches long, the colossal club can drive a ball 542 feet, 10.16 inches.

9) This cat is too short The world’s shortest cat is Lilieput, a nine-year-old female munchkin cat, who measured 5.25 inches from the floor to the shoulders on July 19, 2013. She is owned by Christel Young of Napa, California.

10) He takes his comic collection too seriously 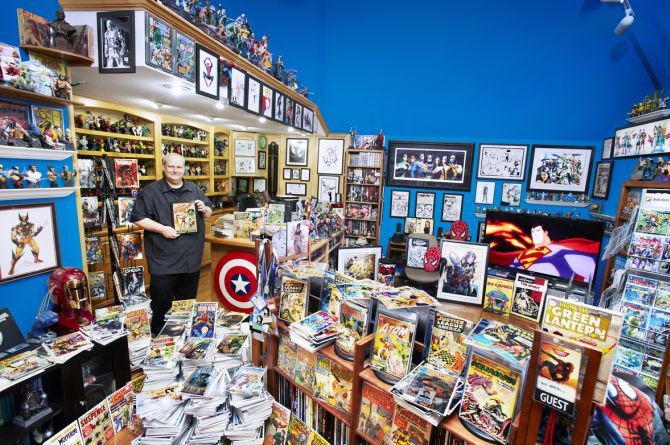 Bob Bretall, 52, has been collecting comic books since the age of 8. Now he has more than 94,268 unique comic books as of May 1, 2014. Bretall’s collection weighs an estimated 8.3 tons – as much as 118 adult men. Bretall has said he will never sell any of his comics, and will “leave that to [his] kids when it becomes their inheritance to do with as they will.” 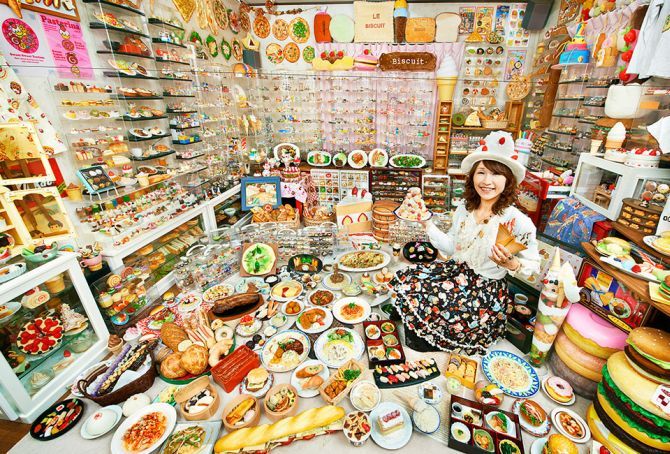 Akiko Obata finds herself in the Guinness World Records 2015 book for having the largest collection of plastic food, with more than 8,000 items filling her apartment. 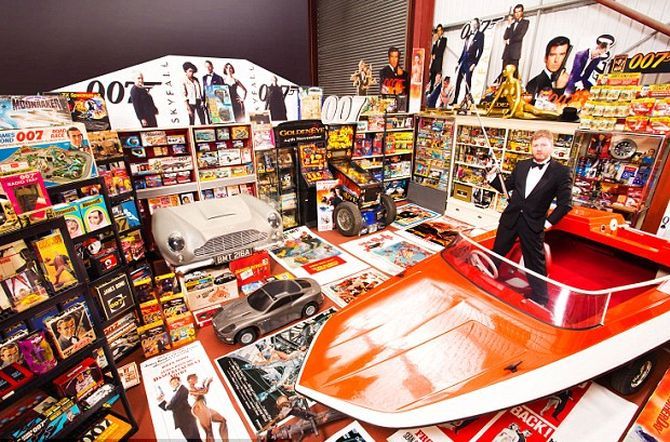 The name’s Bennett – Nick Bennett. And when it comes to collecting James Bond memorabilia, it seems, the world is not enough. The British film buff has just been recognised by Guinness World Records for having the largest known 007 collection on the planet – and he has no intention of stopping. At the last count he boasted a remarkable 12,463 Bond-related items, ranging from the tacky (a plastic volcano play-set based on a scene from You Only Live Twice); to the mildly voyeuristic (a poster of Halle Berry in her Die Another Day bikini). 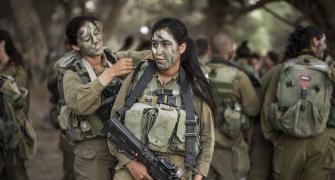 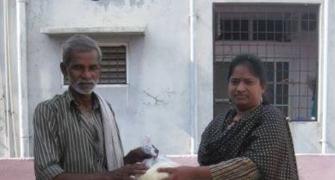 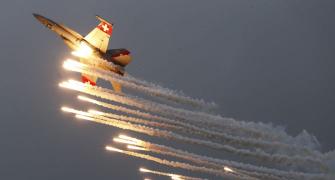 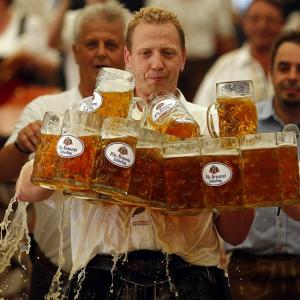 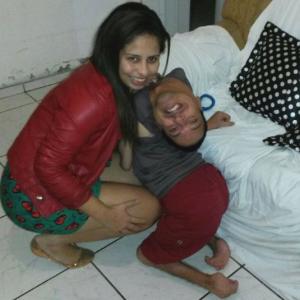