Sandhya Tanwar was on duty at the Indian AIr Force's Air Traffic Control in Jorhat, watching as her husband Ashish Tanwar piloted an AN-32 aircraft that took off from the airbase for the thickly forested area of Menchuka in Arunachal Pradesh that fateful Monday afternoon. Barely half an hour later, the plane went off the radar, leaving the young Tanwar to be one of the first to know about the disappearance of the IAF transport aircraft that had 12 others on board.

Sandhya, an air traffic control officer posted at the Johrat airbase, married Flight Lieutenant Ashish Tanwar in 2018. And, never would have she thought that the couple who were united just a year ago would be separated under such unfortunate circumstances.

Four days on, a massive search and rescue operation to trace the Russian-origin aircraft continues, with these tense circumstances leaving family members in despair.

The IAF has said the aircraft took off from Jorhat 12.27 pm for the Menchuka advance landing ground in Shi-Yomi district in Arunachal, and its last contact with the ground control was at 1 pm.

According to sources, Sandhya, a flight lieutenant-rank officer was on duty at the ATC when the transport aircraft took off with her 29-year-old husband, and 12 others on board.

"She was on duty even when the aircraft went off the radar," a source said, adding, she passed out of the Air Force Academy.

Ashish Tanwar, who hails from Haryana's Palwal, had joined the IAF in December 2013 after completing his B.Tech degree.

The IAF had Wednesday said that the search and rescue operation has been intensified and expanded despite challenges being posed by vegetation, inhospitable terrain and poor weather in the area.

Meanwhile, the pilot's teary-eyed mother Saroj appealed to Prime Minister Narendra Modi to deploy all resources to trace the aircraft and those missing.

A total of eight air crew and five passengers were on board the aircraft.

The AN-32 is a Russian-origin aircraft and the IAF currently operates a sizeable number of it. It is a twin-engine turboprop transport aircraft. 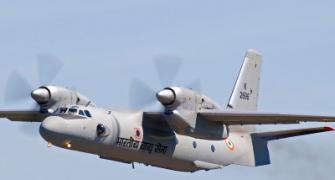 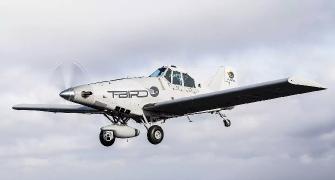 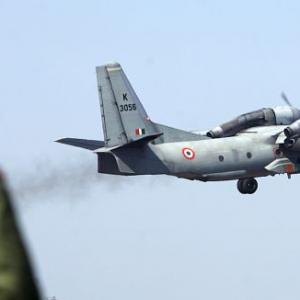 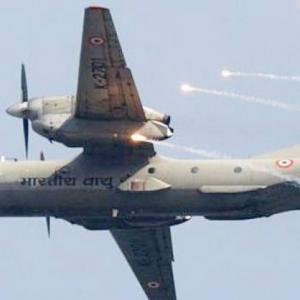