Disgruntled Janata Dal-United leader Pavan Varma on Tuesday sought 'ideological clarity' from party chief Nitish Kumar over extending alliance with the Bharatiya Janata Party beyond Bihar in Delhi despite having expressed apprehensions 'in private' about the BJP-Rashtriya Swayamsevak Sangh leading the nation into a 'dangerous space'. 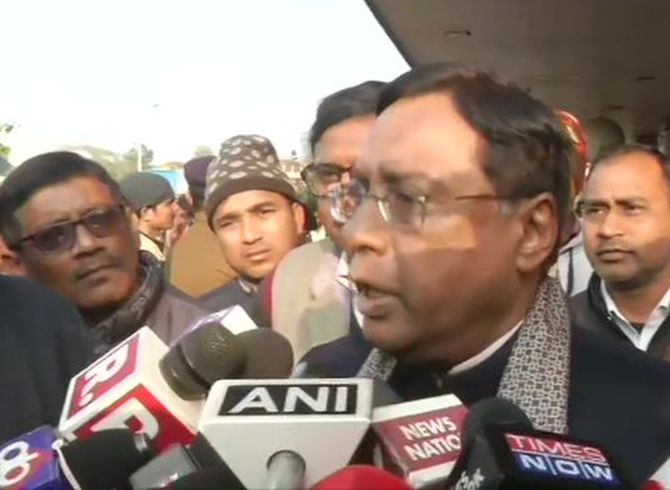 In a strongly-worded two-page letter, Varma, who shared screenshots of the missive on his official twitter handle and Facebook profile, said he was 'perplexed' by the party's tie-up with the BJP for the Delhi assembly polls, accusing the saffron party of having 'embarked on a massive, socially divisive agenda'.

This is for the first time that the JD-U headed by Bihar Chief Minister Nitish Kumar is having a tie-up with the BJP outside Bihar.

The BJP had announced on Monday that it will spare two seats for the JD-U in Delhi and one for another National Democratic Alliance partner -- the Lok Janshakti Party headed by Union Minister Ram Vilas Paswan.

Both the JD-U and the LJP had ploughed the lonely furrow in the recent assembly polls in Jharkhand, where the saffron party lost power to the Jharkhand Mukti Morcha-Congress-Rashtriya Janata Dal alliance.

"On more than one occasion, you have expressed your apprehensions about the BJP-RSS combine.

"In my first meeting with you in Patna in August 2012, even before I had resigned from the IFS, you had spoken to me at length and with conviction on why Narendra Modi and his policies are inimical for the country," Varma, one of the most articulate spokespersons of a political party, said.

Kumar, who has now reconciled with Prime Minister Narendra Modi, had ensured that the then Gujarat chief minister, considered a hugely divisive figure following the
post-Godhra communal riots in 2002, was kept out of the BJP's electoral campaign for the 2009 Lok Sabha elections in Bihar and the state assembly polls a year later.

When Modi was made the spearhead of the BJP's campaign committee for the 2014 Lok Sabha polls, Kumar had snapped JD-U's long-standing ties with the saffron party, and was seen as a possible 'secular' challenger to the Gujarat leader and a potential prime ministerial material.

'When you were leading the Mahagathbandhan (a grand alliance which also had the Rashtriya Janata Dal and the Congress as partners), you had openly made a call for RSS-mukt Bharat. These views, articulated for a sustained period, are a matter of public record,' Varma wrote.

The grand alliance had trounced the BJP in the 2015 Bihar assembly polls, before disintegrating after Kumar's abrupt exit in July, 2017, when he returned to the NDA.

In comments that may embarrass Kumar, Varma claimed that the JD-U leader, even after aligning with the BJP again in 2017, had confessed to him 'in private' how the current saffron party leadership had 'humiliated' him.

"You mentioned on more than one occasion that the BJP was leading India into a dangerous space. It was your personal view, as conveyed to me, that the BJP is destroying institutions and that there is a need for democratic and socialist forces within the country to regroup, a task for which you actually assigned a senior party official," Varma added, without disclosing who the JD-U leader was.

"If these are your real views, I fail to understand how the JD-U is extending its alliance with the BJP beyond Bihar, when even long-standing allies of the BJP like the
Akali Dal have refused to do so," he added.

He wondered why the JD-U had extended its ties with the BJP outside Bihar when the latter had embarked on a 'massive socially divisive agenda, aimed at mutilating the peace, harmony and stability of the country' through the new citizenship law, the proposed pan-India National Register of Citizens and an updated National Population Register.

Varma and JD-U national vice president Prashant Kishor had come out strongly against the party's support to the Citizenship (Amendment) Bill when it was tabled in
Parliament last year.

'Mahatma Gandhi, Lohia, JP the icons of our party would have, I strongly believe, unequivocally denounced this agenda and fought it tooth and nail.

'In view of the above, I think there is an urgent need for the JD-U to harmonize what the party's Constitution says, what the partys leader feels in private, and what actions the party takes in public,' Varma wrote.

The JD-U has so far not reacted to Varma's letter. 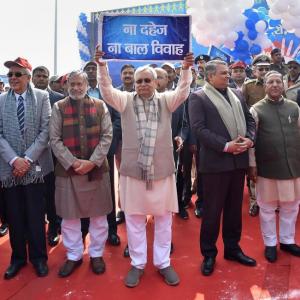 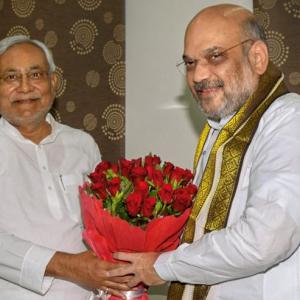