ISRO's GSLV rocket on Thursday failed to inject into the orbit, the country's latest earth observation satellite EOS-03 due to a failure to ignite the cryogenic stage of the launch vehicle, prompting the premier space agency to declare the mission could not be achieved as intended. 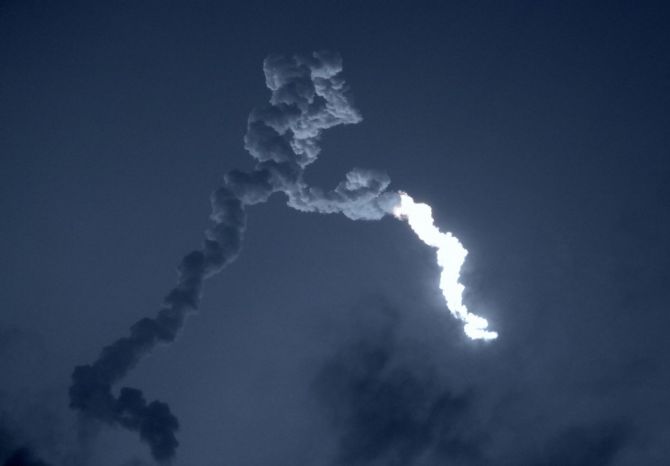 IMAGE: ISRO plans to place an earth observation satellite failed as the rocket GSLV-F10did not place the satellite EOS-03 into the intended orbit due to a "technical anomaly" identified in the cryogenic stage, in Sriharikota,. Photograph: R Senthil Kumar/PTI Photo

However, the first and second stages of the rocket had performed normally, the Bengaluru-headquartered Indian Space Research Organisation said.

In a notification, ISRO said, "GSLV-F10 launch took place today at 0543 hrs as scheduled. Performance of first and second stages was normal. However, Cryogenic Upper Stage ignition did not happen due to technical anomaly. The mission could not be accomplished as intended."

According to ISRO, the cryogenic upper stage ignition was scheduled to take place 4.56 minutes after the lift-off.

A formal announcement was also made at the Mission Control Centre by the range operations director, stating, "performance anomaly observed in the cryogenic stage. The mission could not be accomplished fully."

ISRO Chairman K Sivan said, "(the mission) could not be fully accomplished mainly because there is a technical anomaly observed in the cryogenic stage. This I wanted to tell all my friends."

ISRO, after facing hurdles caused by the COVID-19 pandemic, resumed its launch operations for the rocket to place the satellite with an objective to provide near real-time imaging of large areas of the country at frequent intervals and quick monitoring of natural disasters.

As the 26-hour countdown concluded on Thursday, the 51.70 metre tall rocket with four stages lifted off majestically at 05.43hrs, leaving behind a trail of thick orange coloured fumes.

The four-stage rocket was the first to carry a four-metre dia 'Ogive Payload Fairing' at the top of the vehicle to accommodate larger payloads.

The rocket was supposed to place the EOS "an agile state-of-the-art satellite into the Geosynchronous Transfer Orbit, 19 minutes after lift-off.

Thursday's unsuccessful attempt to launch the satellite came in the wake of scientists postponing the earlier planned missions earlier. 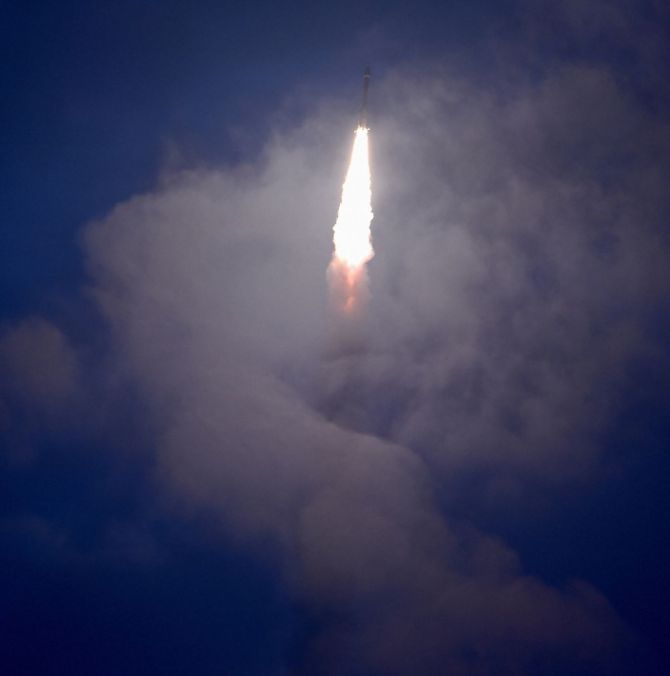 IMAGE: The GSLV rocket had performed the first and second stages of the rocket normally. Photograph: R Senthil Kumar/PTI Photo

The satellite, originally titled GISAT-1 weighing 2,268 kg was slated to be launched on March 5, 2020 but it was postponed a day before the lift-off due to 'technical reasons'.

The Covid-induced lockdown further delayed the mission and once again it was scheduled for a March 28, 2021 launch but a 'minor issue' with the satellite forced yet another postponement.

The objective of Thursday's mission was to provide near real-time imaging of large area regions at frequent intervals, for quick monitoring of natural disasters, episodic events and obtain spectral signatures for agriculture, forestry, water bodies as well as for disaster warning, cyclone monitoring, cloud burst and thunderstorm monitoring.

Thursday's mission is the eighth flight with indigenous cryogenic engine, 14th flight of the GSLV and also marks the 79th launch vehicle mission from Sriharikota.

Previous launches of GSLV rockets include the GSLV-MkIII-M1/ Chandrayaan-2 mission in July 2019 while GSLV-F11 successfully placed GSAT-7A in December 2018.

ISRO had made arrangements to watch the launch through its various social media platforms. 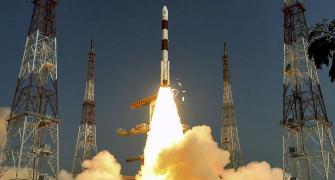 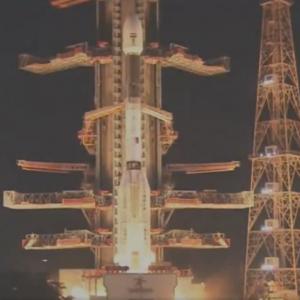 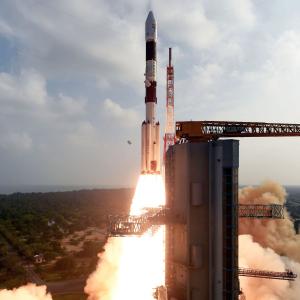