Pepsi has pulled an advertisement after it was widely mocked and criticised for appearing to trivialise protests for social justice causes. 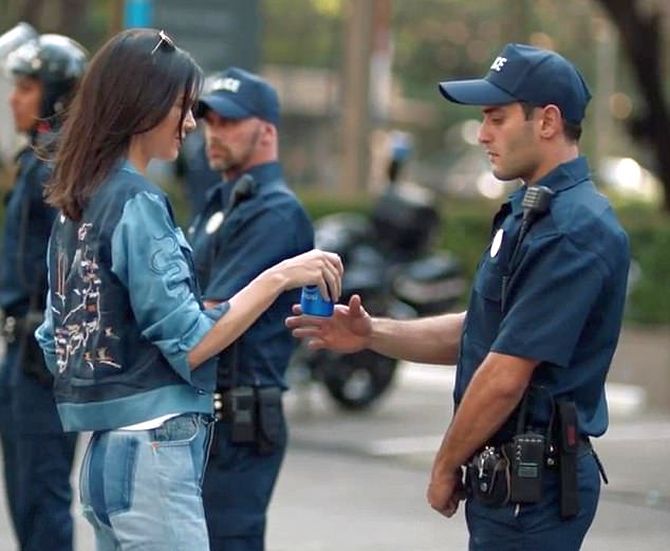 IMAGE: A still from the ad showing model Kendall Jenner handing a can of Pepsi to a cop amid protests. Photograph: Pepsi

The ad showed reality TV star Kendall Jenner stepping away from a photoshoot to join young, smiling protesters at a heavily policed demonstration.

She hands one policeman a can of Pepsi to defuse the tension, prompting a smile from the officer and hugs and cheers from the protesters.

Pepsi removed the ad from YouTube less than 24 hours after it was first posted, following much online ridicule.

“Pepsi was trying to project a global message of unity, peace and understanding,” the company said in a statement.

“Clearly we missed the mark, and we apologise. We did not intend to make light of any serious issue.”

The company said it would be “halting any further rollout” of the ad.

Some critics said the image of Jenner handing the officer a can evoked a photo of Black Lives Matter protester Ieshia Evans approaching an officer at a demonstration in Baton Rouge last year.

Bernice King, a daughter of Martin Luther King Jr, was among those who commented on the tone-deaf nature of the ad. 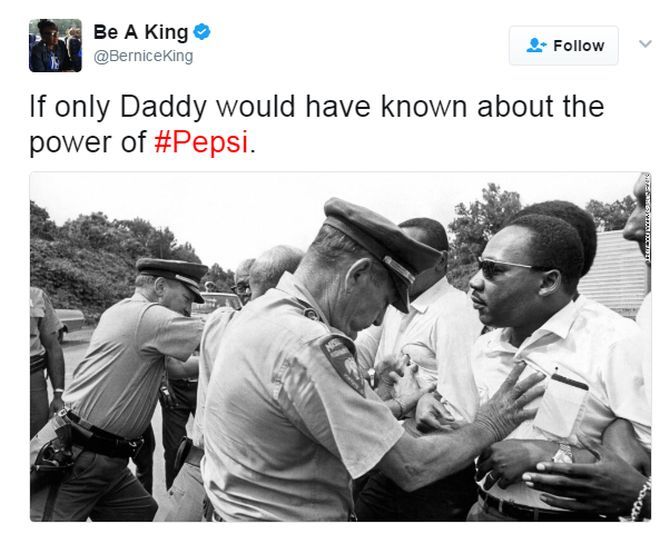 “If only Daddy would have known about the power of #Pepsi,” she tweeted, with a black-and-white photo of her father being confronted by a highway patrol officer.

In a response on Twitter, Pepsi said the company believes in King’s legacy and meant no disrespect. 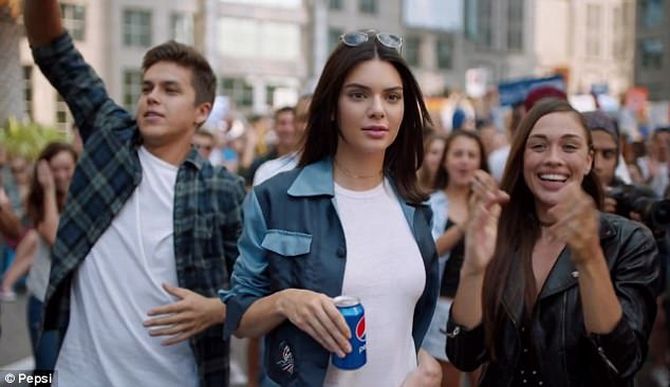 IMAGE: Social media was outraged over the ad, saying that it was insensitive and trying to cash in on important social issues. Photograph: Pepsi

It was also slammed by other celebrities and others on social media.

“Assuming everything that can be said about faux-test Pepsi ad has been said so I’m just gonna go with this: it didn’t make me want Pepsi,” wrote Lena Dunham, the brains behind the hit serial Girls.

The ad sparked outrage online from hundreds accusing Pepsi of trying to cash in on the Black Lives Matter protests. Twitter was flooded with deeply sarcastic posts mocking the ‘tone deaf’ ad.

“How nice of Kendall Jenner to stop in the middle of her photo shoot to end social injustices by giving that cop a Pepsi,” one Twitter user wrote. “MLK who? Rosa who?”

User @lgbtgreene added: “I can’t believe Kendall Jenner ended police brutality and white supremacy with a can of Pepsi not bad for a girl with no talent.” 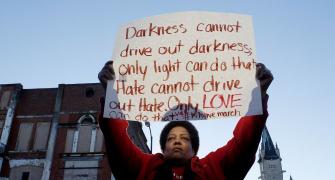 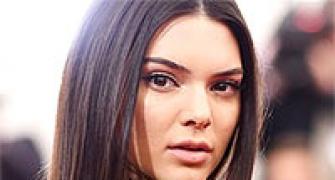 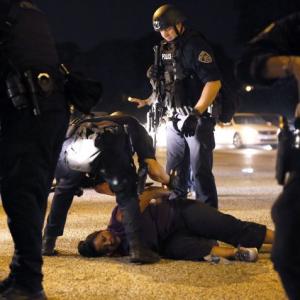 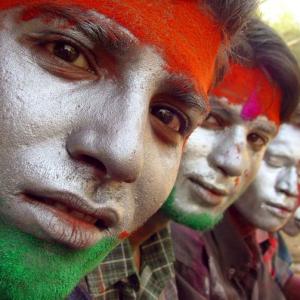