Curious crowds hovered most of the day around the spot where Vikas Dubey was shot dead on Friday, even when all there was left to see were bluish smudges on a dirt road. 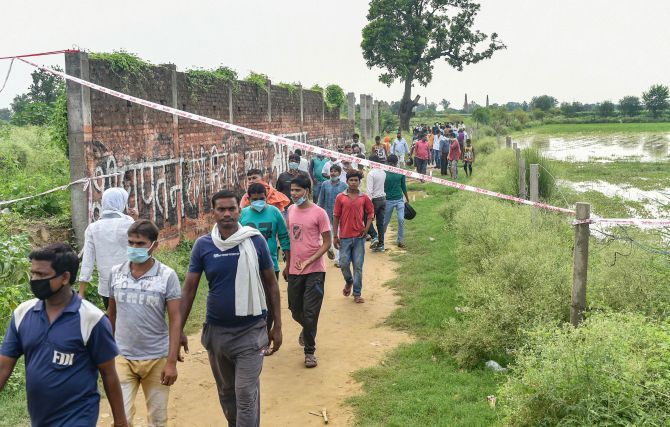 The smudges were blood stains that had changed colour, perhaps due to the rain and the forensic examination.

For part of the day, an overturned SUV could be seen on the highway to Kanpur. It was later towed away.

Police claimed that gangster Vikas Dubey, who was being brought back to Kanpur after his arrest in Ujjain, got out of the car after it had overturned on the slippery road, taking along an injured policeman's pistol.

Dubey, accused of killing eight policemen last week, then fled down a dirt road that joined the highway.

He was gunned down when he refused to surrender and opened fire at policemen who had surrounded him, according to the police version.The smudges marked that spot.

Flooded agricultural fields and bushes run along the dirt track.

As curious onlookers from nearby villages headed there, the place became a selfie spot with people clicking pictures on their phones.

On the nearby highway, people peeped out of passing vehicles. As traffic choked the road, constable Anil Kumar Yadav asked people not to gather there.

Rahul Singh, who works in a flour mill on the side of the highway, said he did not hear anything at the time of the encounter.

"We didn't hear any gunshots as we were working inside the factory, where there is already plenty of noise," he told PTI.

"My shift starts at around 7 am, and since 6.00 am it was raining very heavily. We came to know about the incident rather late, when one of our seniors said that someone has been shot on the other side of the road."

His co-worker Arun Kumar said they couldn't see anything across the highway because of the rain.

Vikas Dubey was accused of masterminding an ambush at his Bikru village near Kanpur on the night of July 2. Eight policemen, including Deputy Superintendent of Police Devendra Mishra, were killed, triggering a manhunt for him.

Madhya Pradesh police arrested him in Ujjain. He was being brought back to Kanpur by UP police, who claim they shot him when he tried to escape. 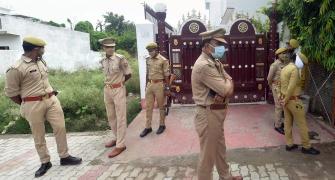 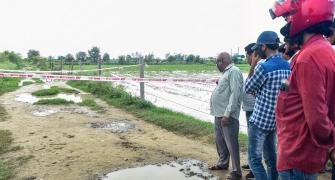 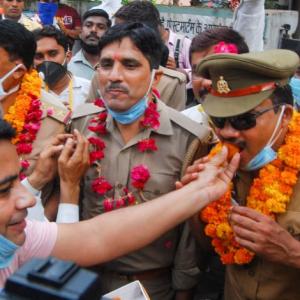 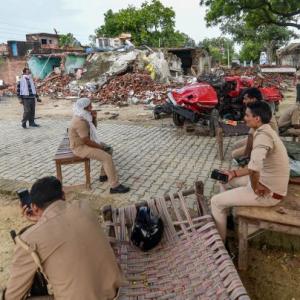