People 'left to suffer': SC on Dengue and Chikungunya menace in Delhi 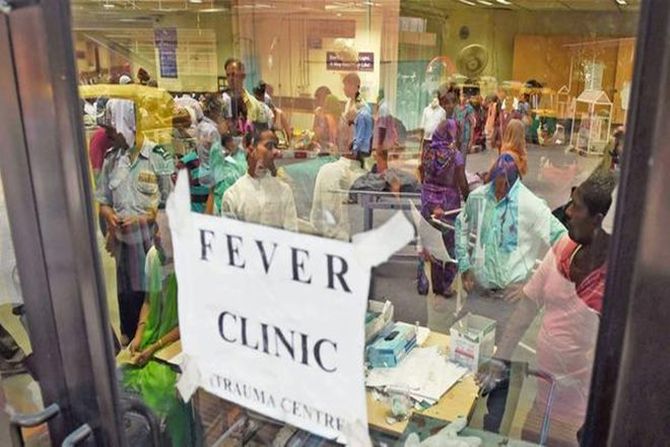 In a stinging criticism of the handling of Dengue and Chikungunya menace in Delhi, the Supreme Court on Thursday said the authorities were “not interested” and the people have been “left to suffer”.

It also expressed disappointment over the outcome of Wednesday’s meeting between the Lieutenant Governor and Delhi government on curbing vector-borne diseases like Dengue and Chikungunya and asked them to hold another meeting on Thursday evening to firm up steps to check the diseases.

“We have gone through the minutes of meeting held yesterday and we are quiet disappointed with the outcome,” a bench of justices M B Lokur and Amitava Rao said.

“These people are not interested and the people of Delhi are left to suffer,” the bench observed and asked the LG and Delhi Government to hold a meeting at 5.30 pm on Thursday to discuss the matter.

During the hearing, Solicitor General Ranjit Kumar, appearing for Delhi Chief Secretary, told the bench that LG Najeeb Jung would convene a meeting in which those officers, who were directed to attend the meeting by the court in its October 4 order, would be present.

The bench also asked senior advocate Colin Gonsalves, who is an amicus curiae in the matter, to participate in the meeting and express his views on how to tackle the menace of these vector-borne diseases.

The bench directed that the participants should discuss the steps to be taken to prevent the problem faced by the people of Delhi this year and also the future measures.

“We expect the participants to keep the interest of people of Delhi in mind while doing the entire exercise,” the bench said, adding, “We expect that the action taken is collaborative and cooperative.”

It fixed the matter for further hearing on October 17.

The apex court had on October 4 directed Chief Minister Arvind Kejriwal and Health Minister Satyendra Jain to hold a meeting with LG Najeeb Jung, which was held yesterday, to chalk out a strategy for curbing vector-borne diseases like Dengue and Chikungunya in the national capital, while warning Delhi government against indulging in blame game.

The bench had refused to go into allegations and counter-allegations over power tussle between the LG and the Arvind Kejriwal-led government and said “no substitute” should attend the meeting with LG, except whose names have been proposed.

Apart from the officials of civic bodies, the court had asked amicus curiae Colin Gonsalves, Chairman of Delhi Metro Rail Corporation, General Manager of Northern Railway and Vice Chairman of Delhi Development Authority to attend the meeting to discuss the steps to be taken to check the menace.

The apex court had on October 3 imposed a cost of Rs 25,000 on Jain for failing to file an affidavit disclosing names of officials whom he had alleged of not cooperating in checking the menace of Dengue and Chikungunya in Delhi.

It had earlier taken suo motu cognisance of the death of a seven-year-old boy due to dengue last year after being allegedly denied treatment by five private hospitals and the subsequent suicide by his parents.

The five hospitals -- Max hospital in Saket, Moolchand Khairatiram Hospital in Lajpat Nagar, Aakash Hospital in Malviya Nagar, Saket City Hospital and Irene Hospital, Kalkaji, were issued show cause notices to explain why their registration should not be cancelled for allegedly refusing to admit the boy. 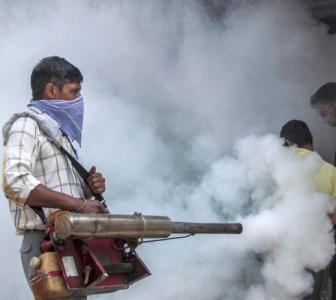 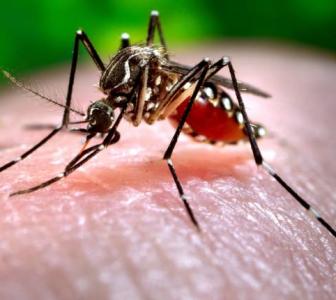 Should you buy a dengue health insurance plan? 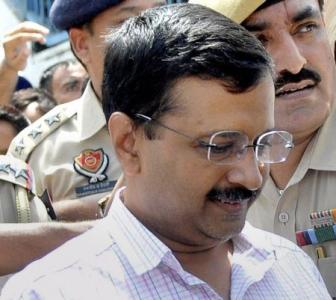 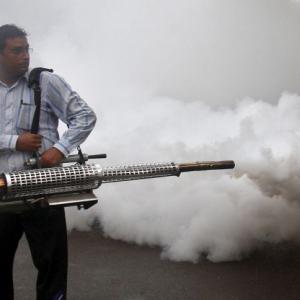 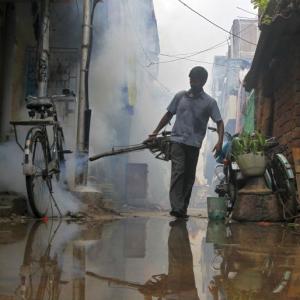