January 27, 2011 15:11 IST
Amid controversy over his remarks on Gujarat Chief Minister Narendra Modi, Maulana Gulam Mohammad Vastanvi, who has announced his decision to resign as vice chancellor of Islamic seminary Darul Uloom Deoband, has said that people in Gujarat felt that development is happening in the state.

"The people of Gujarat agree on the fact that development is happening in the state and everyone whether a Hindu or a Muslim is there," he said. He, however, said that the Gujarat CM should not be given a clean chit.

Meanwhile, Maulana Abdul Khalik Madrasi, deputy vice chancellor of the seminary, said a decision on the resignation issue would be taken on February 23 by its managing committee. "If his resignation is accepted, a new name for the post would be considered by the committee," he said.

Uttar Pradesh Samajwadi Party Secretary Maviya Ali has demanded that the management committee should not accept Vastanvi's resignation. "It was most unfortunate that Vastanvi was not allowed to work in an institution which could have benefited from his experience," he said.

The decision by the newly-elected chief of Darul Uloom Deoband to resign followed protests by seminary students over his remarks on Modi. The decision has been termed as "unfortunate" by some clerics, who expected him to make positive changes in the 200-year-old institution.

Vastanvi, who hails from Surat in Gujarat and was elected VC on January 10, has been facing protests from students at the seminary after he had said that Muslims should forget the communal pogrom of 2002 and move on and that the community did not face discrimination in Modi's state.

Vastanvi felt the situation in the seminary was not conducive for him to continue as the vice-chancellor and decided to step down next month. 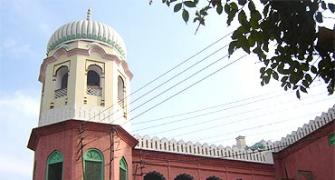 Deoband: Rumblings in the 'Fortress of Faith' 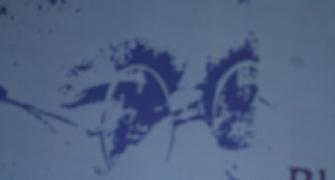