The Supreme Court on Monday said it only wants to know whether or not the Centre used the Pegasus spyware through illegal methods to allegedly snoop on citizens after it stoutly refused to file an affidavit citing national security on pleas seeking an independent probe into the snooping row.

Observing that concerns have been raised by journalists and others over violation of privacy, the top court decided to pass an interim order,  reiterating it was not interested in knowing issues related to national security.

Noting that a detailed affidavit would have helped it in knowing the stand of the Centre, a bench headed by Chief Justice N V Ramana also told  Solicitor General Tushar Mehta that he was beating around the bush after the law officer, in his rejoinder submissions, reiterated his arguments on national security.

The court then permitted Mehta to mention the matter if the government has a re-think about filing a detailed affidavit as it would take two-three days to finalise the order.

"When the matter came up a few days back and the issue of national security arose, we had clarified that no one is interested in knowing about anything related to national security or defence because the information is very sensitive.

"We were only expecting a limited affidavit since there are petitioners before us who say that their right to privacy has been violated by A or B agency. You had to say whether it has been done or not...National security is not a part of present proceedings," said the bench which also comprised justices Surya Kant and Hima Kohli.

The CJI, leading the bench, said, "We are again reiterating we are not interested in knowing matters related to security or defence. We are only concerned, as my brother said, we have journalists, activists etc before us…to know whether the government has used any method other than admissible under law".

During the hearing, which lasted over one hour through video-conferencing mode, the Centre vehemently referred to the threat to the national security and said that it does not wish to file a detailed affidavit on the issue whether a particular software is used or not as it was not the matter for public discussion and making this a part of an affidavit will not be in national interest.

He said the government has "nothing to hide" and that is why the Centre has on its own said that it will constitute a committee of domain experts who will look into these allegations and report to the court.

"You (Solicitor General) have repeatedly been saying that the Government does not want to file an affidavit. We also do not want any security issues to be put before us. You say that a committee will be formed and the report will be submitted... We have to look into the whole issue and pass an interim order," the bench said.

As the law officer, in his rejoinder submissions, reiterated the arguments on national security, the bench said, "Mr Mehta, you have been beating around the bush and that is not the question here" and an interim order is needed to be passed.

At the outset, the bench took note of the Centre's stand and said, "We thought the Government will file a counter-affidavit and will decide further course of action. Now the only issue to be considered is the interim orders to be passed.

Mehta began by saying that the government has considered the issue which is very important and cannot be made a subject matter of "judicial debate" or "public discourse" by filing an affidavit.

Referring to the Telegraph Act and the Information Technology Act, he said the statutes provide for certain acts in some cases and stating that a particular software is being used will alert terror groups as there is counter technology to a technology.

"Having examined the issue, it is the stand of the government that such issues cannot be a debate on affidavit. Such matters can't be a subject matter of debate before the court. Nonetheless, the issue is important so the committee will go into it," the law officer said, adding that the panel will not have government employees and rather they will be domain experts whose reports will come to the court.

To this, the bench said the report may become public after it is filed in the court. The law officer said that will be the decision of the bench.

"Which software was used and which software not used cannot be on affidavit but it will be before the experts, stating such things have its own pitfalls and should not become a part of public discourse. This is in the interest and security of the nation," he said.

The bench referred to the earlier statement of the Information and Technology (IT) Minister Ravi Shankar Prasad in which the report of snooping through Pegasus spyware was allegedly acknowledged.

The law officer referred to the recent statement of the IT Minister Ashwini Vaishnaw in Parliament which said that the "publication of stories before monsoon session cannot be a coincidence. "

"I am not averse to certain individuals claiming invasion of privacy. This is serious and must be gotten into. The question is whether it is Pegasus or something. Our stand is putting this into an affidavit will not serve national interest...Hence allow us to form a committee of domain experts without the government members," he said.

"You are going back, again and again. We are not interested to know what you are doing to protect the interest of the country... Your (former) minister had said that the government has taken note of reports that software was used," the court said.

Appointing a committee or making an inquiry is not the question here, the bench said, adding that if an affidavit is filed then it would come to know the stand of the Centre.

"We had given a fair opportunity to the Centre to make a statement. Now they do not want to file an affidavit.  So we will pass an order," the bench said before senior lawyer Kapil Sibal, appearing for N Ram and Shashi Kumar, initiated his submissions.

"This is unbelievable that the Government will say that it will not file the response. It is the bounden duty of the government to tell its citizens the factual position," Sibal said.

If the spyware has been used then the procedure has to be followed and in this case, it has not been done which is evident from the stand of the Centre, he added.

Another senior advocate Shyam Divan, appearing for a petitioner, said that the snooping issue has been "an assault on the democracy" and the spyware not only snoops but it may also implant some materials into the snooped devices.

The pleas are related to reports of alleged snooping by government agencies on eminent citizens, politicians and scribes by using Israeli firm NSO's spyware Pegasus. 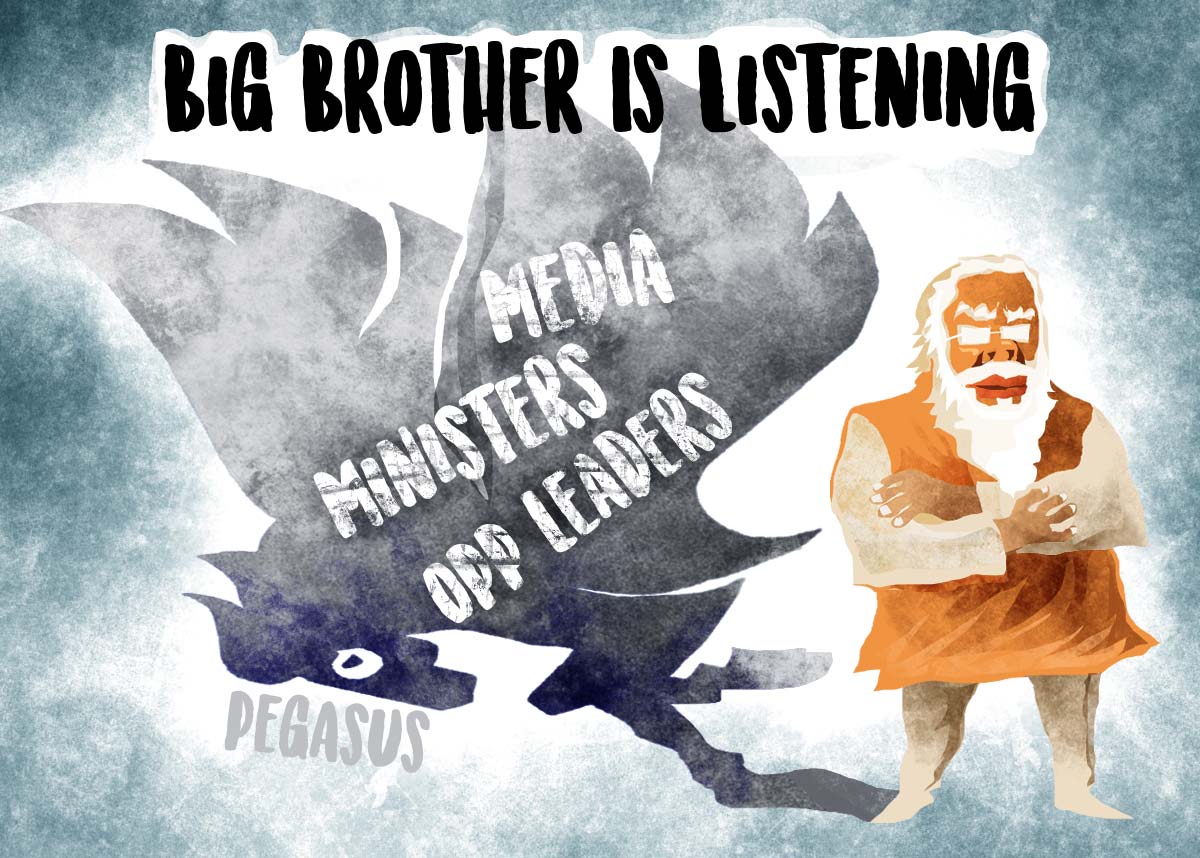