PBD 2011 to be streamed live to Diaspora

By Sahim Salim
December 21, 2010 17:26 IST
In its ninth consecutive year, the Pravasi Bharatiya Divas, a Diaspora conclave that marks the contribution of the overseas Indian community in the development of the nation, has become a popular brand of sorts. The three-day event will start on January 7 and will see a participation of 1,300 delegates from the United States, Malaysia, Singapore, Canada, Europe and even Africa.

The event will be streamed live on the web, and give 25 million Indians overseas a chance to participate in India's economic and social development.

"Many countries have expressed interest in attending the event. Some four ministers have confirmed their attendance from Malaysia alone. PBD has become very important for many Diaspora groups," said Vayalar Ravi, minister of overseas Indian affairs.

The annual flagship event organised by the ministry of overseas Indian affairs will be inaugurated by Prime Minister Dr Manmohan Singh, and the current Governor General of New Zealand Sir Anand Satyanand, who is of Indian origin, will be the chief guest.

Themed 'Engaging the global Indian', the main focus of the PBD 2011 will be non-resident Indian youth, Ravi said.

"The ninth edition of the PBD will focus on young Indians born and brought up outside India. We don't want the Indian Diaspora youth to lose their connectivity with India. This conference will be youth-centric," Ravi said.

NRI voting rights will be the other highlight of the conclave. "As promised by the prime minister in the last PBD, voting rights for NRIs have been approved by Parliament. Now, we are conducting discussions with the Election Commission to come up with a system to enroll them," Ravi told rediff.com.

Ravi said they have already had two rounds of discussions with the EC.

"The only hitch is how to enroll voting NRIs in the system. There are millions of NRIs, which is enormous work for the EC. We are conducting discussions with them so as to put in place a system so that there are no complaints. The bill has been cleared. Now, it is up to the EC to come up with a system," Ravi said.

The event will see a chief ministers' conference, which will allow a potential investor to interact with the CMs of the state they are planning to invest in.

"We have coordinated with CMs from various states to hold conferences so that an investor can directly interact with them about investment opportunities. Many states, especially the northeastern ones, have confirmed their participation," Ravi said.

PBD 2011 will have a special feature -- the participation of the ministry of development of northeast region -- that will provide Indian investors with an opportunity to interact with ministers and people of the northeast.

"We are planning to promote northeast states by displaying the potential they have for development in different sectors. This international forum will help attract investments," Ravi told rediff.com.

BK Handique said, minister of development of the northeastern region, said, "When you look across the country, especially Delhi, you can find people from northeast region in plenty. They have come out of their isolation. 100 boys and girls have been chosen to represent the northeast during PBD 2011. We have been trying to develop heir skills so that they can go abroad to explore employment opportunities."

The youth from northeast are drawn towards two sectors -- hospitality and healthcare.

"There is a wrong notion among the people that the states in northeast are politically volatile. This has to change. There is a huge virgin area in the northeast for investment," Handique told rediff.com. 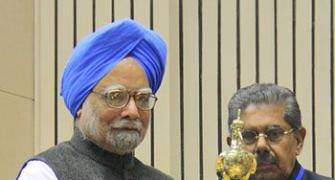 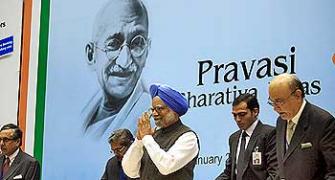 How India should look after its NRIs 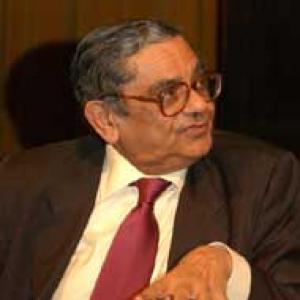