An artistic rendition of the life and teachings of Mahatma Gandhi and Dr Martin Luther King Jr by a premier Indian cultural organisation of Southfield, Michigan, is getting unprecedented public attention there.

Last week, people in Toledo paid up to $250 for a ticket to watch the 90-minute multi-media presentation christened Ahimsa: The Path of Peace, an acclaimed production by Nadanta, one of the premier artistic and cultural organisations in the area, founded in 1980 to preserve and promote Indian culture through dance.

The recital that featured about 35 performers, all from the Detroit area, included dance and music as well as a dialogue between two fictitious characters called Himsa and Ahimsa, representing violence and non-violence respectively.

"I tied these two great figures [Gandhi and King] with [the] two spirits. A dialogue between Ahimsa and Himsa sets the stage to present their [Gandhi's and King's] work and events in their life," Chaula Thacker, artistic director of Nadanta and the individual responsible for the production, told rediff India Abroad.

"As more and more people come to know of this program, we are being flooded with requests for shows. We are already slated to perform in January in Michigan during the Martin Luther King celebration and during the Jain convention in July in Edison, New Jersey," said Bharat Thacker, co-founder of the group and Chaula's husband.

The October 1 show the Hindu temple organised in Toledo raised over $30,000 for an annual lecture series on Gandhi at the University of Toledo, he said.

Much of Nadanta's early work was focused on introducing young people of Asian-Indian origin born and brought up in North America to the dance traditions of their homeland. This effort led to participation in ethnic dance competitions, in which Nadanta has earned more than 100 trophies and awards including multiple national championships across North America. Later, the group developed a second set of independently produced programs they presented at different places in the Southeastern Michigan communities where most of the participants lived.

The result was a series of increasingly sophisticated and critically acclaimed presentations, including Bharat 2000; Shiksha  Teachings of Buddha and Megh Dhanush  Six Seasons of India, all of which laid the groundwork for Himsa and Ahimsa in 2005.

"Ahimsa was a very ambitious step for us," said Chaula. It was the first time Nadanta had ventured outside its historical focus on Indian culture to present a theme that while originating in India, had grown to be truly global in scope, she said.

"It was a tremendous challenge and its success created a tremendous opportunity as well. Now, by moving Ahimsa from the stage to the airwaves, we will be able to reach many more people and organisations who share a common commitment to non-violence," she said.

"It is our hope that, together, we can begin to build something new and exciting, and bring the vital message that change is possible through peaceful means to people here and around the world. That's what Gandhiji and Dr King did, and it's humbling, but also exciting, to play a small part in furthering their work," said Chaula, who has taught dance courses at the Wayne State University and Oakland University and has performed before audiences in India, US, Canada, the former Soviet Union, Denmark, Spain and Australia.

Throughout its journey Nadanta has received support from many governmental and private sources, including the Michigan Council for Arts and Cultural Affairs, the National Endowment for the Arts, the City of Southfield, Michigan, as well the Ford Company.

Bharat said while typically most ethnic organisations try to showcase their cultures through food, clothes and artistic traditions, Nadanta feels a better way to preserve culture and promote it is to make things part of the mainstream culture.

"One can talk about Gandhi and King endlessly but one needs to have their teachings put in proper perspective because what Gandhi and King did were done in two different times and two different surroundings although their ideas were similar. We wanted to make sure that people understand that point," he said.

"As an artist and choreographer I think about what kind of artistic creation would be fun to do, challenging and have useful message to the community. This theme was also going to educate the young artists about our history. Several different ideas went through my mind over a period of time but this one stayed and grew over a period of time," Chaula said in response to a question as to how the idea come about.

Bharat said, in addition to PBS, which recorded the program last month, the BBC had also shown an interest to air the show.

"While PBS would have the US rights for the broadcast, we have retained the international rights so we can showcase the program abroad. In fact, we are planning to take it to India in the future," he said. 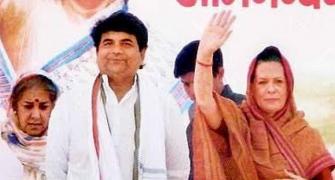 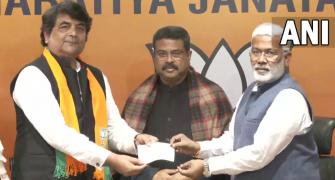