Social activist Medha Patkar on Wednesday expressed confidence that the Jan Lokpal Bill, now being studied by a Parliamentary Standing Committee, will finally come into effect as it has public support.

"The Jan Lokpal Bill will go ahead, whatever be its status now in the Parliament Standing Committee. This is because it has public support. We want a strong Lokpal Bill, something which can keep out political interferences," Patkar said at a press conference in Kolkata.

Referring to National Advisory Council member Aruna Roy's reported view that the Central Bureau of Investigation and the Central Vigilance Commission be kept out of the purview of the Lokpal, Patkar said, "We do not agree to this view. Both agencies should be brought under the Lokpal".

She denied that Anna Hazare's proposed 'rail yatra' was aimed at gaining mileage in electoral politics and said it would take his movement against corruption to the far reaches of the country where even the media did not have much access.

Asked to comment on the proposed 'rath yatra,' by senior Bharatiya Janata Party leader L K Advani, she said, "Instead of holding the yatra, Advani Ji should see that the Jan Lokpal Bill takes effect".

On Gujarat Chief Minister Narendra Modi's proposed fast
from September 17, Patkar said she doesn't expect anything from the programme as it will not address the issues of the poor landless workers.

"There is hunger in the state. 40 per cent of the rural people are landless. Workers do not get minimum wages. There is forcible acquisition of land for corporates. You do not know it, but there was agitation when the Tatas shifted their small car factory from Singur to Sanand," she said.

Referring to the Land Acquisition and Rehabilitation and Resettlement Bill 2011, Patkar demanded rehabilitation package for land-losers upto 25 acre onwards instead of 100 acres as proposed in the bill.

Terming the rehabilitation package in the bill as cash-oriented, Patkar demanded livelihood protection for land losers. "Besides, not even single-crop agricultural land should be acquired for industry," she said. 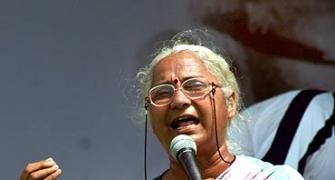 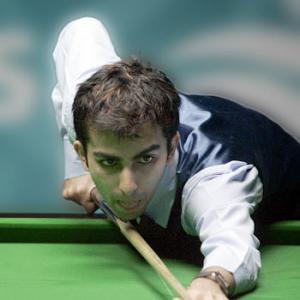 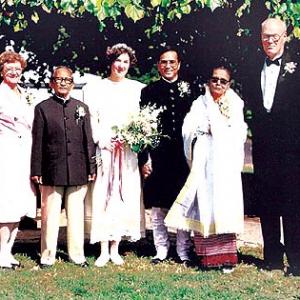