Ruling National Conference on Friday welcomed the army's decision to try five officers, accused in the Pathribal fake encounter case, in a general court martial for the killing of five innocent men in Anantnag district in March 2000.

"It's a welcome step but we demand that the proceedings and results be made transparent so that there is no scope for any allegations or feeling of a cover up," NC spokesman Tanvir Sadiq said in a statement.

He said it will be a positive development if the proceedings go ahead and the guilty are punished in a transparent manner.

"Some people may have brought a bad name but army is an institution that has brought laurels to the country, and as such we expect exemplary punishment to the alleged accused officers without any further delay," Sadiq said.

He said the Pathribal incident again calls into questionthe entire debate on Armed Forces Special Powers Act and the way in which it is implemented.

"It's a travesty that 12 years down the line we have not been able to deliver justice. But the way the Supreme Court and now army is approaching the Pathribal case, we believe

that it provides us opportunity to rebuild trust in the justice system and the institutions where the trust has been seriously damaged," the spokesman said.

"Pathribal and Machil fake encounter cases have cast very long shadows that will not go away if we continue to ignore them. Time has come to revoke the AFSPA from the peaceful areas of the state," he added.
PTI
Source: PTI© Copyright 2022 PTI. All rights reserved. Republication or redistribution of PTI content, including by framing or similar means, is expressly prohibited without the prior written consent.
Related News: Tanvir Sadiq, NC welcomes army, Ruling National Conference, Supreme Court, AFSPA
Print this article 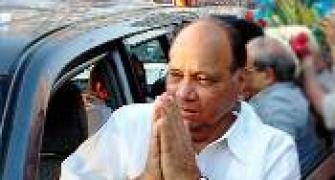 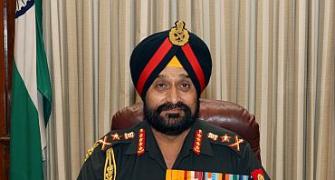 Over 100 youths return to J&K after PoK arms training