'Passivity won't work for India on this trajectory'

United States lawmakers feel that India had also failed to use its non-permanent membership of the United Nations Security Council to demonstrate why it should be a permanent member.

This is the second part of a four-part series. Read the first part here: India not oversold, but over-hyped: America Inc

Daniel Twining, a senior official in the George W Bush administration and the South Asia policy guru to then Secretary of State Condoleezza Rice, says India certainly "has a lot of work to do in this town, because this argument is gathering a lot of steam."

The argument he was talking about was the growing sense in Washington, DC, that the relationship with New Delhi was not living up to its potential and was descending into a pattern of drift and disagreements.

Twining, a senior fellow for Asia at the German Marshall Fund of the United States where he explores the rise of Asia and its implications for the West, said it was a fundamental problem that two years after President Barack Obama's visit to India, where he predicted that the US-India relations would be 'the defining partnership of the 21st century,' the argument that the relationship was oversold had become "a serious line of thought".

"There are only about five of us in Washington, almost all of whom who worked in the Bush administration, who are willing to walk around still defending this relationship in pretty vigorous terms -- and that's a problem for India," he said.

Twining had served in the State Department Policy Planning Staff before which he was foreign policy adviser to Senator John McCain, for whom he handled all foreign and defence policy.

He said while "a lot of us would prefer to spend our time doing other things," most South Asia policy analysts and former US officials who were catalytic in the transformative changes in the US-India partnership, were now "playing a kind of back-guard effort to defend it.'

He countered George Perkovich's (of the Carnegie Endowment for International Peace) contention on India zealously guarding its strategic autonomy, saying, "There is a fundamental misunderstanding in this India's oversold argument that somehow the US made a bet -- that somehow the US investing in this relationship was because we don't like India to be strategically autonomous, because we wanted it to be an ally or do our bidding, etc."

He said, "The original bet is actually what we wanted -- for India to be strategically autonomous and just to be a major player and to pursue its interests as it defined them, in terms of the Asian balance of power, in terms of the stability and security in South Asia, in terms of freedom of the sea lanes and communication in the Indian Ocean, etc. The judgment was that we wanted India to advance and intensify its strategic autonomy, so that it didn't fall under the shadow of Chinese power, so that it didn't suffer from the terrorism coming out of Pakistan to the point where it was in a defensive crouch in South Asia. But, rather could get out and lead in Asia and the world."

He added, "This strategic autonomy point has been fundamentally misconstrued. It has also, of course, just been abused in India with the opposition lines of attack in that the US wanted to take it away."

Twining also made some interesting points about India's foreign policy.

He said, "There was a wonderful quote; it was during the Libya intervention. We don't have a name from the ministry of external affairs official, who was asked why isn't India playing a bigger role in its neighbourhood why is India missing in action on some of these issues. And this MEA official said, 'Actually sometimes being passive in foreign policy is better than being active'."

He said, "You can extend that to a range of issues -- you look at Iran, it looks like India is just trying to kind of keep its head down, (but) it's not going to be able to. But this passivity and this defensiveness and this transactionalism, a lot of this again, comes from the history of India not being vested in these big international issues and that may have worked when India was poor and weak and estranged, (but) it doesn't work now -- it doesn't work when India is on this trajectory."

He added that with this attitude, India had also failed to use its non-permanent membership of the United Nations Security Council to demonstrate why it should be a permanent member.

Though Twining would "still make a long-term bet on India," he said, "There hasn't been a great champion in this administration for India -- everybody says the rights things, but seems actually to spend their days working on other issues. This early tone that was set, did its damage and there are few Indians willing to fight for this relationship in the way that there are few of us who are really willing to fight for it now." 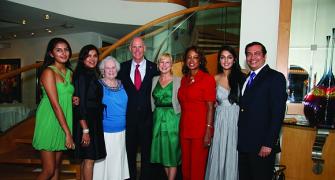 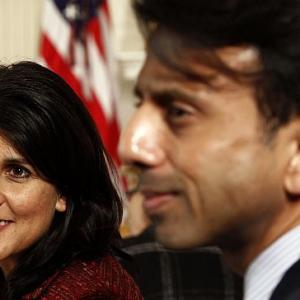