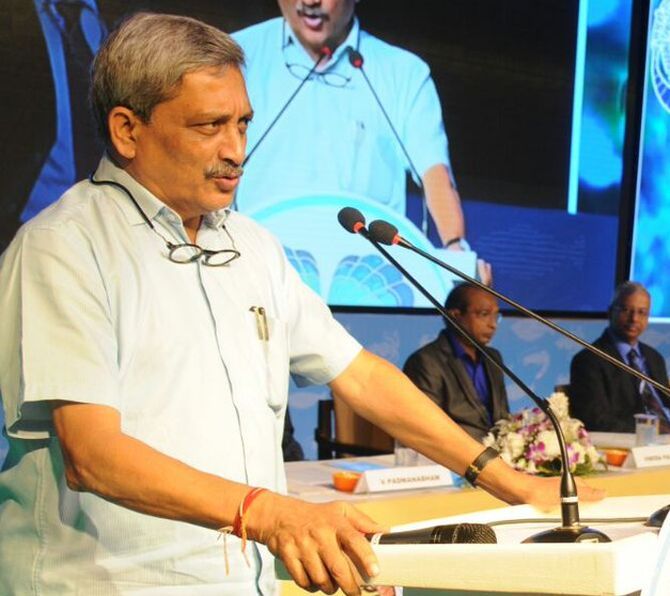 Ailing Goa Chief Minister Manohar Parrikar is expected to shed 'many' of his portfolios after Dussehra, according to ministers who met him on Friday in a hospital in New Delhi to discuss governance issues in his home state.

Parrikar, who is undergoing treatment for a pancreatic ailment in New Delhi's All India Institute of Medical Sciences, held meetings with party leaders as well as allies to discuss ways to ensure that his government functions normally.

Leaders of the ruling Bharatiya Janata Party and allies, who met Parrikar separately, ruled out any change in leadership in the coastal state.

Union Minister and BJP leader Shripad Naik told PTI over phone from Delhi that the chief minister held review of the governance in Goa during the meeting.

"There was no discussion about leadership change. Parrikar is recovering and he will continue to be the chief minister," the Minister of State for AYUSH said.

"The chief minister is expected to return to Goa from AIIMS for Diwali," Naik said.

He said the issue of allocation of portfolios to cabinet ministers was also discussed.

Vijay Sardesai, leader of BJP ally Goa Foward Party and state Agriculture Minister, said Parrikar 'wants to delegate many of the portfolios that he has'.

"It is very clear that the chief minister wants to delegate many of the portfolios that he has and that is why he had discussions with us (alliance partners). We are likely to see this development (portfolio distribution) after Dussehra," Sardesai said.

Sardesai met Parrikar along with the leader of another ally Maharashtrawadi Gomantak Party Sudin Dhavalikar and Independent MLAs Rohan Khaunte and Govind Gawade.

BJP ministers Vishwajit Rane and Nilesh Cabral were also present at the meeting.

Speaking after the meeting with allies, Sardesai said, "The CM wanted to ensure that Goa has a stable government and we told him that the alliance will play its role in the future."

"For Diwali, certainly the CM is going to come home after taking discharge from AIIMS," the GFP leader added.

Dhavalikar, also a minister in Parrikar's cabinet, said the CM discussed issues related to the development of the state during the meeting.

"The discussion was about development of the state and preparations to face the upcoming Lok Sabha elections," Dhavalikar said.

In the 40-member state assembly, the Parrikar-led government has the support of 23 MLAs.

These comprise 14 BJP MLAs, three each from the Goa Foward Party and MGP as well as three Independents.

The opposition Congress is the single largest party in the Goa assembly with 16 MLAs. 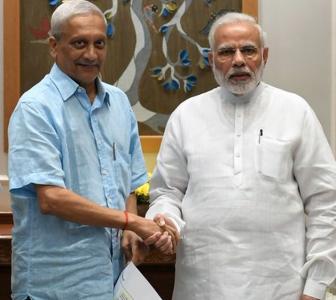