Parliament adjourned for the day as Oppn keeps up protest

Parliament proceedings were adjourned for the day following disruptions by Opposition parties which raised slogans on the Pegasus snooping row and the farmers' issue by gathering in the Well of the House on Friday. 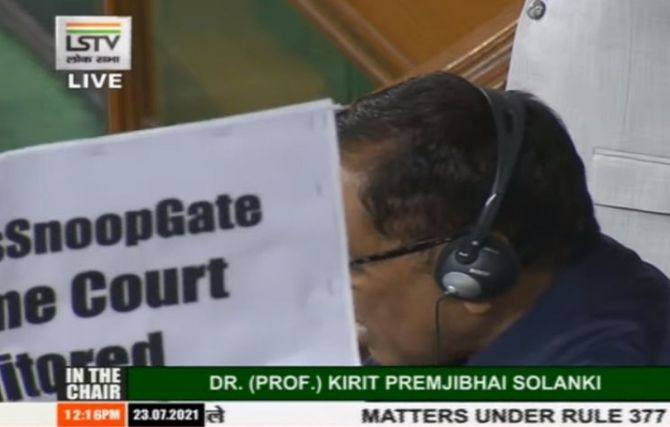 As soon as the House met for the day at 11 am, some Opposition members rushed to the Well but they were prevented from doing so by floor leaders of their respective parties as Speaker Om Birla wanted to make observations on the Indian squad participating in the Tokyo Olympics.

Birla extended best wishes to the Indian contingent on behalf of the House.

The mega carnival of sports is from Friday. Members thumped benches in support of the Indian squad.

Soon after Birla had made his observations, several members from Congress, Trinamool Congress and Shiromani Akali Dal gathered in the Well of the House raising slogans and holding placards.

The TMC shouted slogans demanding details of the money allegedly spent by the government on Pegasus spyware.

They also showed their cell phones to the Speaker.

Birla said the health minister is replying on the coronavirus vaccination drive and members should listen to him.

He also pointed out that some members were not wearing masks and said the threat from the virus has not yet ceased.

"What message are you sending... please follow Covid guidelines ... you will get appropriate chance to raise all the issues," he said.

Following this, members masked up before resuming sloganeering.

Some members were seen wearing blue T-shirts, apparently in support of the Indian squad at Tokyo Olympics.

As disruptions continued, the Speaker adjourned the House till 12 noon at 11.20 am.

As the House reassembled at 12 noon, Kirit Solanki, who was in the Chair, asked protesting members to take their respective seats.

During the brief period for which the House functioned, resolutions were passed to appoint and elect new members in various parliamentary panels as some of the members have become ministers in the recent reshuffle of the Union Council of Ministers.

As the opposition uproar continued, Solanki said that such behaviour does not suit senior elected members of the House and adjourned the proceedings for the day.

The House will now meet on Monday after the weekend break.

Opposition members have been protesting over various issues for the fourth straight sitting of the Monsoon session.

The Upper House of Parliament was adjourned four times on Friday amid uproar by opposition members for a discussion on the issue.

When the House reassembled at 2.30 pm following a third adjournment, Leader of Opposition Mallikarjun Kharge demanded a discussion on the Pegasus spyware controversy.

"I have given a notice under rule 267 regarding the recent allegations in the media of government carrying out spying and online surveillance of several senior politicians, judges of Supreme Court and high courts, journalist of...," Kharge said.

However, Bhubaneswar Kalita, who was in the Chair, said a statement has already been made by the government and a discussion has been started on this issue.

"On this, a statement has already been made. Now if you have to say something on that, then it would be on the discussion and not like it," he said.

Deputy Leader of the House, Mukhtar Abbas Naqvi, said that the Union information technology (IT) minister has already replied to this.

"The IT minister has already replied to it and the entire country has seen the behaviour by some members of the opposition with him," said Naqvi.

Opposition members, however, could not be pacified and continued with their protest, following which Kalita adjourned the house till Monday.

The Rajya Sabha was adjourned till 2.30 pm, as the Chair asked Trinamool Congress (TMC) member Santanu Sen to withdraw from the House who remained present despite his suspension for the remaining period of the Monsoon Session.

In the morning, Minister of State for Parliamentary Affairs V Muraleedharan had moved a motion for Sen's suspension after he snatched papers from IT Minister Ashwini Vaishnaw that contained his statement on the Pegasus snooping row and tore those in the House on Thursday.

The motion was passed by a voice vote.

But the TMC member remained present in the House.

In the meantime, several opposition MPs, including Kharge, sought to raise certain issues. However, the deputy chairman adjourned the proceedings till 2.30 pm.

According to a convention, no business is transacted in the Rajya Sabha if a suspended member continues to be present in the House.

Congress and other opposition members also demanded a discussion on the Pegasus spyware issue and created an uproar. 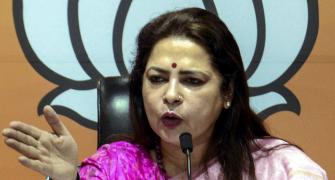 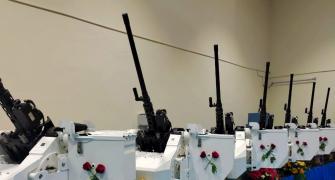 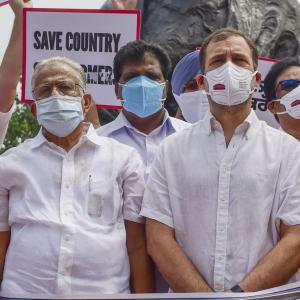 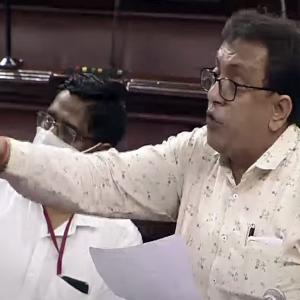