Parliament session likely to be curtailed, may end next week

The ongoing monsoon session of Parliament is likely to be curtailed and may end by the middle of next week in view of the threat of the COVID-19 spread among parliamentarians, official sources said on Saturday. 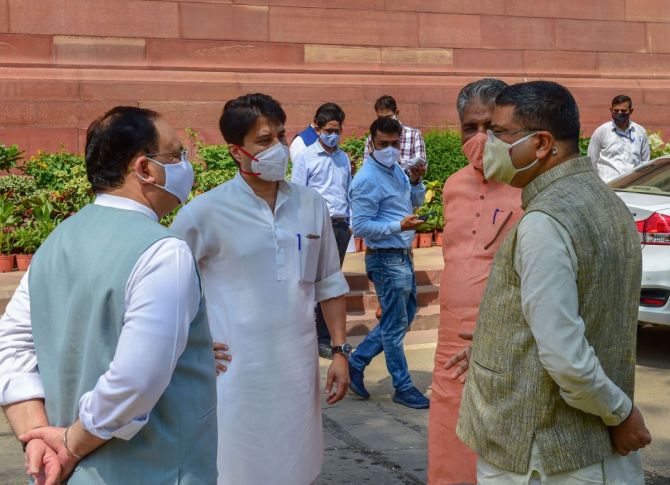 At a meeting of the business advisory committee of Lok Sabha, which has floor leaders of all parties besides the government representatives and is chaired by the Speaker, most political parties favoured curtailment of the session, which started on September 14 and was scheduled to conclude on October 1.

A final decision will be taken by the Cabinet Committee on Parliamentary Affairs.

Also, both the Houses have cleared a bill to replace an ordinance for cutting by 30 per cent the salaries of MPs to ramp up funds in the fight against the COVID-19 pandemic.

After some Members of Parliament, including Union ministers Nitin Gadkari and Prahlad Patel, tested positive for COVID-19 during the session, some opposition parties had conveyed to the government that conducting the full 18-day session could be a risky affair, sources said.

The government then started thinking in that direction, the sources said.

Several MPs had also tested positive for COVID-19 around the time the session began and they were advised not to attend proceedings.

In order to prevent the spread of coronavirus within the parliament complex, reporters and parliamentary staff entering the premises now have to undergo the rapid antigen test mandatorily on a daily basis, according to a new protocol put in place.

Besides, members of both Houses are undergoing RT-PCR tests on regular intervals on a voluntary basis, said a senior Parliament official.

A member of Parliament can undergo the RT-PCR test as many times he or she likes.

Journalists covering the monsoon session from press galleries of Lok Sabha and Rajya Sabha also have the option to undergo the RT-PCR test, which is valid for 72 hours.

Since the result of the much reliable RT-PCR test takes time, the antigen test has been made mandatory on a daily basis.

Government officials accompanying their respective ministers during the bill discussions also have to show a negative report of RT-PCR test taken within the last 72 hours of their visit to the complex.

The session began on September 14 and is slated to end on October 1.

Both houses are meeting in shifts of four hours each without the customary Saturday-Sunday weekend break.

The Budget Session was short-terminated in March after the outbreak of the coronavirus pandemic. 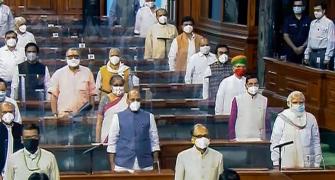 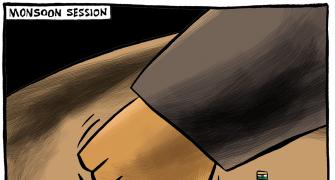 No Question Hour: What is Modi afraid of?
Can you guess the MP? 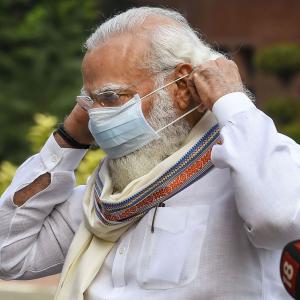