Paolo to write book on experiences in Maoist camp

Memories of sleeping with a gun as a pillow, long treks in the jungle and eating with Maoists during the 29 days he was hostage will be turned into a book, Italian Paolo Bosusco said on Thursday.

"I will write a book about my experiences with the Maoists," a relaxed Bosusco told a local television channel after being released by the ultras.

"They are not bad people. They behaved properly with me and even risked their security to bring fruits for me from markets in urban areas of Kandhamal district," he said.

Stating that he was under the impression that hostages were kept in dingy rooms and secluded places and tortured, he said adding, however, this notion had changed completely.

"I never felt I was a hostage. They fed me bread while their cadres ate rice," the 54-year-old Italian from Turin in Italy said.

Though he had a tent with him, Bosusco, a bachelor, said he slept at night among the Maoists with a gun as his pillow.

Long walks in forests and hilly terrain was also not difficult as he was an experienced trekker, he said.

The Maoists also tried to impress their ideology on him. "We often entered into debate over certain issues.

"I am happy at being released. At the same time, I am also sad as they will continue to struggle for their cause," he said. How much do Indians SPEND on food?
Juve seize top spot after Milan suffer defeat
Abductors of Italian welcome steps by Odisha govt 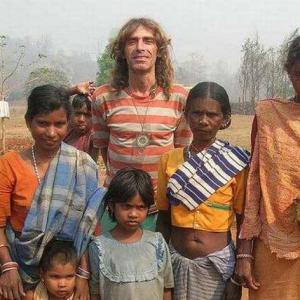