'I cannot accept this judgment'

By A Correspondent
June 26, 2007 09:09 IST
The designated POTA court on Monday sentenced nine people to life imprisonment in the Haren Pandya murder case.

The senior Bharatiya Janata Party leader and former Gujarat home minister was shot dead in an Ahmedabad park on March 26, 2003.

But Pandya's family is dissatisfied with the verdict.

His widow Jagruti Pandya told rediff.com, "I have great respect for the Indian judiciary, but I cannot accept this judgment because it is based on an incomplete investigation."

She revealed that the Central Bureau of Investigation neither recorded her side of the story nor asked her to appear before the POTA court.

"I was perhaps the last person to speak to my husband before he was killed. He left home for his morning walk and was killed while he tried to get out of his car for his walk. Despite several pleas, I was never called to give a statement by the investigating agency. I could have provided some vital information," she said.

The investigation of the case was first conducted by the Crime Branch in Ahmedabad under the supervision of D G Vanzara, the senior police officer who is currently under arrest for his alleged involvement in the Sohrabuddin Sheikh fake encounter.

The Pandya murder case was later handed over to the CBI after protests from civil liberty groups.

After her husband's death, Jagruti Pandya has struggled to educate her two children.

She feels sad that neither the BJP government in Gujarat nor the party has done anything to keep Haren Pandya's memory alive.

With the help of her husband's supporters she erected Pandya's statute at Nehru Nagar Circle in Ahmedabad.

"My husband lived and died for the BJP. His Ellis Bridge constituency brought the highest percentage of BJP votes (over 73 per cent) in Gujarat," she said.

Vitthalbhai Pandya, her father-in law, has run a crusade these last four years to get justice for his slain son.

He told rediff.com, "Even the CBI depended on Vanzara's investigation. He interfered all the time in the CBI's functioning."

After his son's death Vitthalbhai Pandya alleged that Chief Minister Narendra Modi was involved in the plot to murder Haren Pandya. But he does not have evidence to substantiate this serious allegation.

When asked to furnish the evidence against Modi, Vitthalbhai Pandya alleged, "My son was a political challenger to Modi. He was capable and popular but Modi didn't give him a ticket to fight the election. He was targeted because

he refused to vacate the Ellis Bridge seat for Modi."

"The prime accused Asghar Ali was found in Hyderabad after 12 days. How is it possible?" asked Vitthalbhai Pandya. "Would he not run away or hide after the murder?"

"I wanted the POTA court to hear me," Jagruti Pandya said. "I wanted to tell the judge that there were no bloodstains found in the car in which my husband was killed."

"Dr M Narayan Reddy, head of the department of forensic medicine at the Osmania Medical College, Hyderabad, in his deposition to the POTA court testified that five out of the total seven injuries were not possible had my husband been sitting in the car."

"However, the investigation did not take this into account. It was found that my husband was shot at while he was sitting in the car. He was shot from the car window, they said. My husband was injured mostly from the scrotum downwards. Experts including Dr Reddy felt this injury was not possible had he been shot from the car window," said Jagruti Pandya. "This angle was not investigated."

She pointed out that Dr J K Sinha, retired joint director, ballistic division, Central Forensic Sciences Laboratory, Chandigarh, in his deposition before the POTA court had said that the 'circular gun shot wounds' as noted in the post-mortem report (authored by doctors at the V S Hospital, Ahmedabad) is an impossibility when a person is sitting inside a Maruti car in the driver's seat and the assailant is standing outside the driver's door with a very narrow opening in the driver's side window.

Dr Sinha and Dr Reddy's statements, Jagrui Pandya felt, gain importance because the investigation in its preliminary stage was conducted by Vanzara.

She alleged that the CBI, which later took charge of the case from Vanzara, relied on him. The CBI, she claimed, admitted to the media that when they took over the case, vital clues had been lost.

Jagruti Pandya told the media that "A police lookout notice for the mastermind was issued 12 days after the murder. By then he had fled. Although there was a lookout notice, his wife and family also fled to Pakistan."

"How is it possible," she asked.

"For two-and-a-half years," she said, "the mobile and phone records of my husband were not produced by the CBI. The CBI investigating officer admitted during his cross examination that the CBI had procured these records as early as March 30, 2003, but he admitted in open court that the CBI has no idea where the original printouts are. Where did the original phone records disappear?" 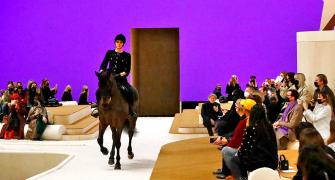 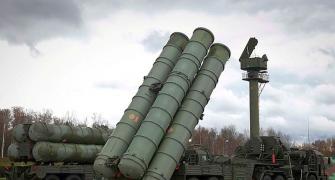