With 500 Indians being named in leaked 'Panama Papers' for alleged offshore holdings, government on Monday formed a multi-agency group to monitor exposes in this regard and vowed to take action against all "unlawful" accounts held abroad.

Finance Minister Arun Jaitley told reporters that Prime Minister Narendra Modi discussed the issue with him this morning and on his advise the group has been set up comprising agencies like CBDT, RBI and FIU (Financial Intelligence Unit).

The Special Investigation Team on black money also said it will investigate thoroughly the reported secret list exposed by the International Consortium of Investigative Journalists.

"The multi-agency group will comprise various government agencies -- the CBDT, FIU, FT&TR (Foreign Tax and Tax Research) and RBI. They will continuously monitor these (accounts) and whichever accounts are found to be unlawful, strict action as per existing laws will be taken," Jaitley said.

His comments came on a day the Indian Express carried a report based on leaked documents of a Panama-based law firm Mossack Fonseca which is said to feature links of over 500 Indians to firms and accounts in offshore tax havens.

This included a well-known actor and his daughter-in-law, a leading real estate tycoon and a number of other industrialists and their family members, most of whom have denied any wrongdoing.

The report said Onkar Kanwar, Chairman of Apollo Group, and his family members floated an offshore entity in British Virgin Islands in 2010 and two trusts in 2014.

Reacting to it, an authorised spokesperson for the Kanwar family said, "India lawfully permits foreign investments in accordance with certain regulations. Any investment abroad, that the Kanwar family may have, is in due compliance with the Indian laws, where applicable, including making disclosures wherever required.

"Much of the family members mentioned are NRIs. They are covered by other nation's permissible laws for their foreign investments and are not covered by Indian laws and restrictions on residents in matters such as Income Tax and RBI."

The newspaper claimed that the list included foundations and trusts and passport details of 234 Indians. ICIJ however added a disclaimer that there are also "legitimate uses for offshore companies".

The vast stash of records, covering around 40 years, was obtained from an anonymous source by German daily Sueddeutsche Zeitung and shared with media worldwide by the ICIJ.

Jaitley said after on Monday's revelations, more names may come out in the next few days.

"I welcome this investigation. I think it is a healthy step that these kind of exposes are being made. I have been repeatedly saying that the world is now going to increasingly become more transparent, countries are cooperating with each other and slowly all this information is going to come out as a result of various global initiatives which have been launched," he said.

Stating that the 'Panama Papers' give details of accounts and assets held by some Indian entities in Panama, Jaitley said this is the fourth collective bunch of such information and investigation that have been made.

"The first related to Liechtenstein accounts against all persons involved in that prosecutions have already been launched.

The minister further said that detailed assessment orders have led to the discovery of illegal assets worth around Rs 6,500 crore.

"The prosecutions are taking their normal course and assessment proceedings and their consequential actions are on," he said.

In 2013 the ICIJ had published a list of 700 persons which was analysed, he said, adding, "434 Indian entities have been traced. 184 out of them admitted their relationship with the accounts and the process of passing assessment and prosecuting them is now on. Already 52 prosecutions have been filed by Income Tax authorities."

Jaitley further said that in view of the commitment of the Central Government to bring out undisclosed money both from abroad and from within the country, "the information brought out by any investigative journalism is welcome."

He further said that although, in the previous report of ICIJ, information relating to the financial transactions and bank accounts was not available, the government detected credit in the undisclosed foreign accounts of such Indian persons in excess of Rs 2,000 crores.

Official sources said the Income Tax department has "taken cognisance" of the news reports and are "looking into it" as per the directions of the panel.

"Other agencies in the panel will act as and when the data is shared on the SIT platform," they said.

They, however, said some of the entities named in the list are already being investigated by ED and IT Department either by way of their disclosures made to them under the law or by way of intelligence inputs received in the past.

The international organisation said it possesses digital records and documents, emails and invoices to authenticate its claims which talk about multiple personalities and entities from across the globe.

SIT Chairman Justice (Retd) M B Shah said, "Investigations are being carried out. We are going to investigate it (the list) thoroughly."

The Vice Chairman of the panel, Justice (retd) Arijit Pasayat, said they have asked agencies like the Enforcement Directorate, IT Department and the Directorate of Revenue Intelligence to make an assessment of the list and prepare a report in this regard.

"We want to know what is the truth behind these. The SIT did not have these reports. May be, the investigative agencies had. So, once they submit a report to us then we can take the required action," Pasayat said.

Reacting to the report, Indiabulls' Sameer Gehlaut, who was also named among those with links to entities in offshore tax havens, later said all his overseas investments were made after "paying full taxes in India, each and every overseas remittance is disclosed to RBI as and when it has been made".

"All disclosures related to these investments are also made with Income Tax authorities in yearly returns as well as with RBI in Annual Performance Reports. All my overseas investments are done strictly in accordance with RBI framework of Overseas Direct Investments," he said in a statement.

A company spokesperson further said that Gehlaut receives dividends of Rs 350-450 crore every year and he has been investing his monies in his Indian family trust, SG Family Trust (stands for Sameer Gehlaut Family Trust) for further investments in its wholly owned subsidiary in India, Callies Infrastructure Pvt Ltd (India).

"Further Callies Infrastructure Pvt Ltd has capitalized its wholly owned subsidiary in Bahamas, Clivedale Overseas Ltd (Bahamas) that is engaged in property development business in London through its subsidiaries under the brand Clivedale," the spokesperson said, while giving details of Indiabulls Real Estate Ltd's property development business in London and also of SG Family Trust.

He further said these businesses were "strictly as per the RBI policy framework for Overseas Direct Investments" and all disclosures pertaining to business of SG Family Trust and Indiabulls Real Estate have been made to RBI and Income Tax departments for every financial year since inception and also as and when each of the overseas remittances have been made.

Later in the day, real estate major DLF, the promoter family of which has been named in the 'Panama Paper', also denied violating law.

"This (report) is aimed at distorting public perception which is extremely dear and important to all corporates and promoter families, especially when they have followed all applicable rules and regulations of government of India, RBI, FEMA and IT Department to the last detail," DLF CEO Rajeev told PTI.

He further said: "We vehemently and strongly emphasise that all remittances were made after the government introduced the LRS Scheme in 2004. Each year the remittances were below the limit prescribed by RBI."

Stressing that all the remittances were made to the banks which were the authorised dealers, Talwar said: "therefore there is no question of wrongdoing. No companies were set up by the promoter groups in BVI. All these were existing companies to which shares were subscribed to as permitted by government of India."

Each year this  was reported to IT Department, it was also mentioned in DLF's annual report, he added. 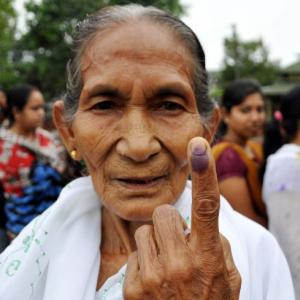 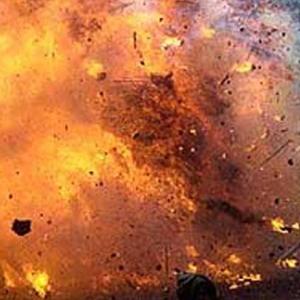