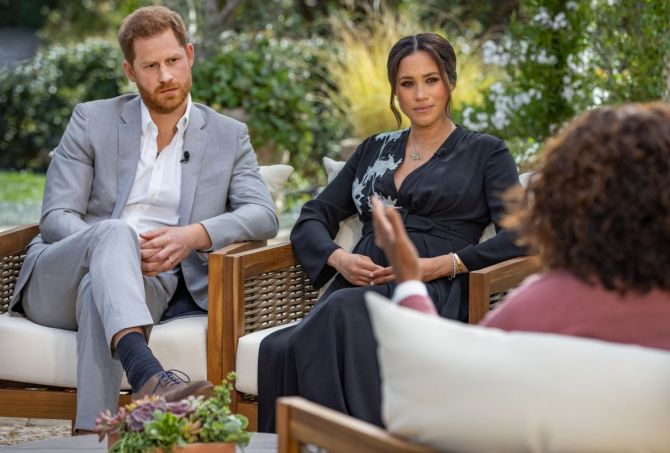 On the couple's reference to unnamed royals raising concerns over their son Archie's mixed-race heritage, the palace said the concerning issues of race would be addressed privately as a family matter.

"The whole family is saddened to learn the full extent of how challenging the last few years have been for Harry and Meghan,” the Buckingham Palace statement read.

"The issues raised, particularly that of race, are concerning. Whilst some recollections may vary, they are taken very seriously and will be addressed by the family privately. Harry, Meghan and Archie will always be much loved family members," the statement noted.

It came a day after the interview was aired in the United Kingdom and sent the palace into turmoil, with crisis talks addressing the damaging claims around Meghan's suicidal thoughts as a newly-married Duchess of Sussex.

Harry and Meghan also revealed some racist undertones within royal ranks as unnamed royals raised concerns over the skin tone of their first-born son, Archie, even as they were told he would not be made a prince and therefore not provided with security.

"I have always had the highest admiration for the Queen and the unifying role that she plays in our country and across the Commonwealth,” said Boris Johnson, when asked about the allegations during a Downing Street briefing on Monday evening.

“As for all other matters to do with the royal family, I have spent a long time now not commenting on royal family matters and I don't intend to depart from that today," he said, refusing to be drawn into the controversy.

"It is really sad to see the family in turmoil like this. The issues that Meghan has raised of racism and mental health are really serious issues,” said Starmer.

"It is a reminder that too many people experience racism in 21st-century Britain. We have to take that very, very seriously. Nobody, but nobody, should be prejudiced (against) because of the colour of their skin or because of their mental health issues,” he said, when asked about the controversy during a visit to a school in east London.

“This is bigger than the royal family. For too many years we have been too dismissive and too willing to put these issues to one side," he added.
Asked by Oprah Winfrey whether there were concerns among royals that her child would be "too brown" and that would be a problem, Meghan said: "If that is the assumption you are making, that is a pretty safe one."

Harry and Meghan refused to name individuals behind the alleged racist comments but Winfrey later told CBS, the US network which broadcast the interview, that off camera Harry had stressed that “neither his grandmother (Queen) nor grandfather (Prince Philip) was part of that conversation”. The allegations have prompted widespread speculation over which royal may have made the comments.

In the two-hour interview shot near Harry and Meghan's new home in California, Winfrey asked them about their decision to step back as frontline royals and whether they have any regrets about moving away.

While Harry said he felt relieved that he had been able to protect his wife and children, as the couple await the birth of a baby girl in the coming months, Meghan said she regretted that she had trusted the ‘institution’ of the monarchy when they had assured her that they would protect her from false media attacks.

The 39-year-old former actress' revelations about her mental health struggles, which involved thoughts about not wanting to be ‘alive anymore’, have attracted the maximum reaction on social media and other channels.

"It's vital that when people reach out for support or share their experiences of ill mental health that they are treated with dignity, respect and empathy," mental health charity Mind said, in response to attacks on Meghan's interview.

Prince Harry expressed hurt that none of his relatives spoke out in support of Meghan about the "colonial undertones" of news headlines and articles.

"No one from my family ever said anything over those three years. That hurts," he said.

Meghan also told Winfrey she felt betrayed by her father Thomas Markle's conduct in the run up to their wedding in 2018. Thomas told ITV on Tuesday that the interview was the first time he had heard his daughter speak for several years.

"I'm very disappointed about it. I've apologised about this thing, what happened, at least 100 times or so," he said. 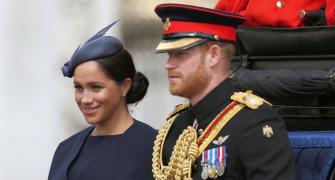 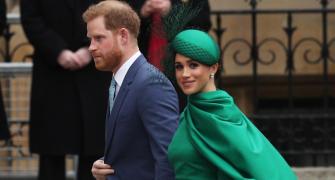 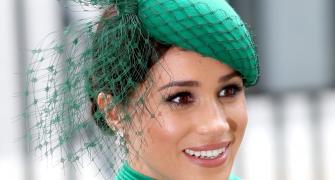 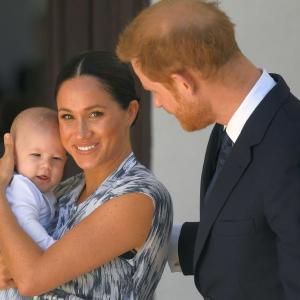 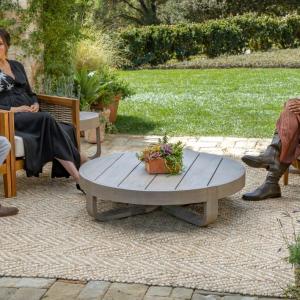