In a second ceasefire violation in less than 24 hours, Pakistani troops Tuesday fired at Indian posts along the Line of Control in Poonch district of Jammu and Kashmir.

Tuesday's incident in which there was no loss of life or injury to any one in the firing is the third ceasefire violation in the past four days and the fifth in 19 days. All but one of the five ceasefire violations occurred in the Poonch sector.

The Pakistani troops opened small arms firing on Indian positions in the Nangi Tikri forward area along the LoC in Krishnagati sub-sector of Poonch district at around 1310 hours on Tuesday, Defence PRO S N Acharya said.

The firing continued intermittently for over an hour, he said.

Indian troops guarding the LoC took positions and gave a calibrated response to Pak firing, Acharya said, adding there was no loss of life or injury to any one in the firing.

The troops have intensified patrolling along the LoC in the wake of reports of possible attempts of infiltration from across the border.

Pakistani troops Monday opened small arms firing at an Indian post in the Nangi Tikri forward area along LoC in Krishnagati sub-sector of Poonch for 10 minutes from 8.10 pm to 8.20 pm last night. The Indian troops did not retaliate.

On June 7, a Junior Commissioned Officer was killed when Pakistani troops opened heavy fire with automatic weapons and rockets at Indian posts along the LoC in Poonch sector.

One of the rockets hit a post with one splinter piercing the body of Naib Subedar Bachan Singh of Garhwal Regiment resulting in his death.

Sharif had Monday vowed to "progressively pursue" normalcy in ties with India while actively seeking solutions to outstanding issues, including Kashmir.

On May 27, Pakistani troops had pounded Indian posts along the LoC in the same Poonch sector with rockets.

A brigadier and two jawans were injured on May 24 when Pakistani troops opened fire on Indian positions along the LoC in the Tutmari Gali sector. 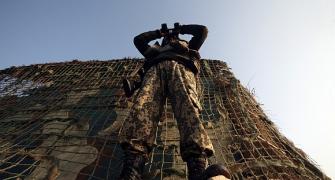 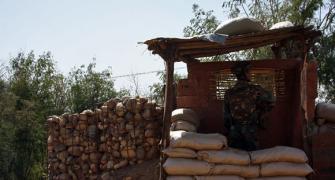 Pakistan demands probe into killing of soldier at LoC