Source: PTI
October 19, 2010 18:59 IST
India on Tuesday said terrorism arising out of the sub-conventional conflict directed by Pakistan against it for over two decades cannot be ignored and was as substantive an issue as Jammu and Kashmir.

Outlining India's approach to ties with Pakistan, Foreign Secretary Nirupama Rao said advocacy of an incremental, graduated and forward-looking approach to address the trust deficit was by no means an attempt to avoid tackling the substantive differences that trouble the bilateral relations.

"While there can be no guarantees for success, such an approach seeks to build first on what is achievable and simultaneously to also address the more intractable issues in a sustained manner," Rao said in her address at a symposium in New Delhi on 'The Future of India-Pakistan Relations'.

"The issue of terrorism arising out of the sub-conventional conflict directed by Pakistan against India for over two decades now, cannot be ignored either. It is as substantive an issue as the issue of Jammu and Kashmir, or the issue of Siachen glacier," she added.

Noting that a host of issues continue to bedevil India-Pakistan relations and cast long shadows on bilateral ties, she advocated "imaginative and creative" approaches to tackle issues of security, confidence-building.

In this context, she underlined the need for economic linkages and enhanced people-to-people contacts as they seek to pave the way for a serious and comprehensive dialogue and could build the sinews of a more "durable and lasting" peace, so that the dawn of a new era does not remain a chimera.

Rao asserted that it was incumbent on each and every one to persevere with patience and dedication so that future generations do not remain hostage to a poison-ridden legacy of political misunderstandings and geopolitical antagonisms.

She also pointed out that India's efforts to bridge the trust deficit and pave the way for a serious and comprehensive dialogue were thwarted by a level of overreach by Pakistan that complicated the resumption of a sustained dialogue process. "However, we do not view this as a setback in our quest for peace as both sides appear to be committed to ensuring that the spirit of Thimphu is not lost. The foreign minister of Pakistan Shah Mehmood Qureshi has accepted our invitation to visit India, dates for which will be decided through diplomatic channels," Rao said.

"In the India-Pakistan discourse, we have literally eaten bitterness for the last 60 years and given the complexities of our ties, the task of improvement in ties is also Sisyphean," she added,

At the same time Rao wondered what explains the warm and spontaneous applause of thousands of spectators at the Jawaharlal Nehru Stadium on October 3 this year when the Pakistani contingent entered the stadium for the opening ceremony of the Commonwealth Games in New Delhi.

"On one hand there is the push of realism that compels us to see the relationship with Pakistan as hobbled by its many limitations. While on the other hand, there is the pull of emotion, of sentiment, of the muffled footsteps of shared history that beat in our blood, that generates a response that is giving and generous."

According to Rao, predicting the course of one of the most complex and unpredictable relationships in the modern era was a task that most intrepid astrologers would hesitate to undertake but asserted that the choices for the future are stark and real. "Either we learn to live together in peace and harmony or we risk imparting to future generations our differences and prejudices that will continue to divide us rather than unite us and indeed widen the gulf between us," she said.

Given the complexities of the relationship and the tortured path that the two countries have traversed till now, it is easy to be cynical and predict a gloomy future, she said.

"However, as an eternal optimist and someone who believes in the power of people to shape their destiny, I feel it is incumbent on all of us to strive and achieve a peaceful and mutually reinforcing relationship that will unlock the true potential of more than a billion people for their betterment," Rao concluded. 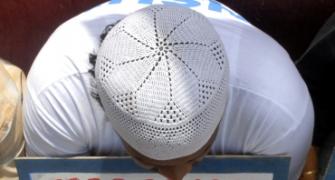 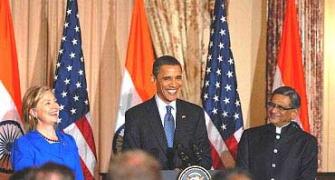 US very proud of its progress with India: Robert O Blake 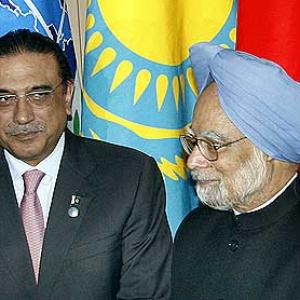