Pakistani singer Rabi Pirzada was massively trolled by Twitter users for posting a picture wearing what appeared to be a suicide vest in order to threaten Prime Minister Narendra Modi. 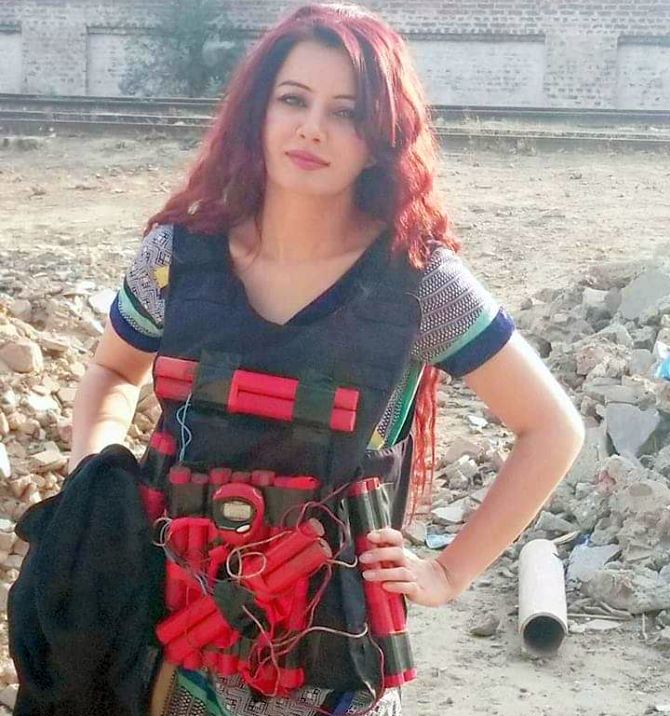 Pirzada's attempt to make a point fell flat as soon after she tweeted as the replies section was flooded with comments poking fun at her bizarre move.

Hands on waist, the singer posted a photo of herself posing with a black vest over her clothes, laden with what appeared to be explosives with a timer attached.

Netizens from India were quick to react, with most terming it as Pakistan's "national dress", a jab at the country's support to terror outfits on its soil.

"Wow!! You looking awesome in traditional Pakistani dress," wrote a user while another urged Pakistani Prime Minister Imran Khan to declare this dress as the national dress of the country.

Such outlandish antics are not new for the singer.

In September, she had posted a video with a number of snakes and alligators threatening a reptile attack against Modi over New Delhi's decision to abrogate special status of Jammu and Kashmir.

While some had termed her "nonsense", others had wished for her to get well soon.