Facing growing challenge of terrorism and experiencing a wave of violence by extremist organisations, Pakistan is not a "normal country," a top official of the International Monetary Fund has said.

Expressing concern over the current situation in Pakistan, IMF Managing Director Dominique Strauss-Kahn, told a group of media persons that he does not consider Pakistan as a "normal country or an easy country" under the present circumstances.

"Pakistan is in a special situation because of the war and the military action. So I would say it is not a normal country or an easy country," he said.

At the same time he appreciated the steps being taken by the present government to address the current financial situation.

"So, I have no immediate concern, about Pakistan. The question is how much the so-called Friend of Pakistan set of countries are willing to help Pakistan, really deliver and provide the resources, because all the resources needed are not supposed to come from the IMF. I think this process takes time, but probably is normal. So there is a lot of concern, but no real problem," he said.

As Pakistan is battling with financial crisis, the IMF, of late, has approved $1.13 billion dollars of the package in May and allowed two waivers on conditions, including giving the government the right to overrun the budget deficit.

Under the bailout package, Pakistan agreed to impose VAT. At a Pakistan's donor conference in Tokyo in April last year, countries had pledged $5.28 billion dollars to help stabilise Pakistan.

Last year, the US Congress had approved a plan to give $7.5 billion to Pakistan over a period of five years.
Lalit K Jha in Washington
Source: PTI© Copyright 2021 PTI. All rights reserved. Republication or redistribution of PTI content, including by framing or similar means, is expressly prohibited without the prior written consent.
Related News: International Monetary Fund, Pakistan, VAT, Dominique Strauss-Kahn, US Congress
SHARE THIS STORY
Print this article
US Congress approves sale of C17 planes to India
Pakistan's Asia Cup squad
US Congress passes landmark Healthcare Bill 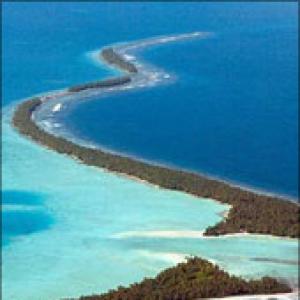