Pakistani authorities on Friday issued a list of 109 "most wanted" terrorists, including Lashkar-e-Jhangvi member Mati-ur-Rehman who was accused of involvement in a suicide attack on former premier Shaukat Aziz.

The list, made public on the website of Punjab Police, includes 28 members of the banned LeJ, which claimed responsibility for two recent attacks on Shias in Quetta city that killed nearly 200 people, and 34 members of various factions of the Tehrik-e-Taliban Pakistan.

Mati-ur-Rehman, who carries a bounty of Rs 1 crore on his head, was accused of involvement in a 2004 suicide attack on former premier Aziz and a 2002 suicide car bomb attack outside the Sheraton Hotel in Karachi that killed 11 French engineers working a submarine programme of the Pakistan Navy.

The list of wanted terrorists includes Mansoor alias Chotta Ibrahim, who was accused of involvement in a suicide attack on former President Pervez Musharraf at Rawalpindi in December 2003. The government has offered a reward of Rs 50 lakhs for Mansoor, who has links with both the LeJ and the Pakistani Taliban.

LeJ member Qari Ehsan-ul-Haq, placed at number three on the list, was accused of involvement in the suicide attack on Musharraf in December 2003 and several other terrorist incidents. Haq alias Ustaad Huzaifa carries a bounty of Rs 50 lakhs on his head.

A handful of members of the banned Jaish-e-Mohammed, including Muhammad Haroon Akbar Khan, figure in the list.

Khan alias Ilyas Moavia was allegedly involved in a suicide attack on a Pakistan Air Force bus at Sargodha and federal authorities have offered a reward of Rs 20 lakhs for him.

Two Pakistani Taliban cadres on the list -- Faiz Muhammad and Ikram Ullah -- have been accused of involvement in the 2007 suicide attack that killed former premier Benazir Bhutto in Rawalpindi. Authorities have offered a reward of Rs 20 lakhs for both of them. 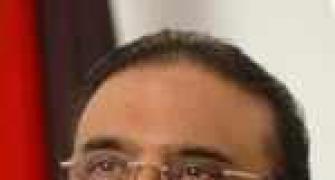 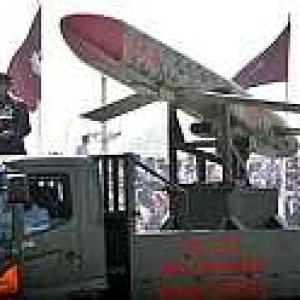