Pak envoy to US offers to resign after military takeover row

Pakistan's Ambassador to the United States Husain Haqqani has offered to resign following reports linking him to a controversial secret memorandum purportedly sent by President Asif Ali Zardari to the Obama administration to avert a possible military takeover.

Haqqani said he had sent a letter to Zardari offering his resignation in a bid to end the controversy over the memorandum that was sent by Pakistan-American businessman Mansoor Ijaz to then US military chief Admiral Mike Mullen in May. However, he denied that he had played any role in drafting or delivering the memorandum.

"At no point was I asked by you or anyone in the Pakistani government to draft a memo and at no point did I draft or deliver such a memo," Haqqani told The Cable website that he had written in his letter to Zardari.

"I've been consistently vilified as being against the Pakistani military even though I have only opposed military intervention in political affairs," Haqqani said that he wrote.

"It's not easy to operate under the shadow of innuendo and I have not been named by anyone so far, but I am offering to resign in the national interest and leave that to the will of the president," he added.

Haqqani's move came in the aftermath of the government calling him to Islamabad to explain his position on the memorandum.

Speaking in the National Assembly on Wednesday, Pakistan Prime Minister Yousuf Raza Gilani referred to Haqqani and said, "Whether he's ambassador or not, he has to come to Islamabad to explain his position."

In another twist to the controversy, Mullen on Wednesday confirmed the existence of the secret memorandum days after saying that he did not recollect receiving the document. Mullen's spokesman Capt John Kirby told The Cable that Mullen "now acknowledges that the Ijaz memo does exist, that he did receive it -- but that he never paid any attention to it and took no follow-up action" on it.

"Admiral Mullen had no recollection of the memo and no relationship with Mr Ijaz. After the original article appeared on Foreign Policy magazine's website, he felt it incumbent upon himself to check his memory. He reached out to others who he believed might have had knowledge of such a memo, and one of them was able to produce a copy of it," Kirby said.

"That said, neither the contents of the memo nor the proof of its existence altered or affected in any way the manner in which Admiral Mullen conducted himself in his relationship with (Pakistan army chief) Gen (Ashfaq Parvez) Kayani and the Pakistani government. He did not find it at all credible and took no note of it then or later. Therefore, he addressed it with no one," Kirby said.

The existence of the memorandum came to light after Ijaz claimed in an article written for the Financial Times on October 10 that Zardari had sought US assistance to prevent a military takeover in the wake of the American raid that killed Osama bin Laden on May 2.

Ijaz further claimed that Zardari had offered to replace Pakistan's powerful military and intelligence leadership and cut ties with militant groups. Ijaz contended that he had been directed to draft the memorandum by an unnamed senior Pakistani official close to Zardari.

Pakistani media and analysts have speculated -- without offering any proof whatsoever  that the unnamed official cited by Ijaz was Ambassador Haqqani, who has been a vital link between Pakistan's weak civilian government and the US administration.

Haqqani has always had an uneasy relationship with the Pakistani military and Inter-Services Intelligence agency and may have claimed he has sought to weaken these institutions while working with the Obama administration.

Following the controversy over Ijaz's claims, the Pakistan government and foreign office had contended that no secret communication was sent to Mullen.

Ijaz responded to these denials by releasing to the media details of his mobile phone and email conversations with the Pakistani official who asked him to draft the memorandum. He insisted the memorandum existed and was delivered to Mullen through another secret intermediary.

"There can be no doubt a memorandum was drafted and transmitted to Admiral Mullen with the approval of the highest political level in Pakistan, and that the admiral received it with certainty from a source whom he trusted and who also trusted me," Ijaz said. 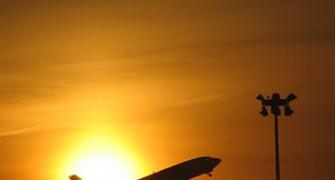 Aviation turmoil: How some investors checked out in time

Why Pakistan may recall its envoy to US