Justice Mazher Iqbal Sidhu issued the order while hearing a petition filed by a man named Muhammad Sidiq who claimed these websites were publishing sacrilegious material.

The judge also ordered the PTA chairman to appear in court on June 28 with relevant material.

Sidiq, in his petition, sought a ban on the websites for publishing blasphemous materials and twisting facts about the Quran.

Aslam Dhakkar, head of a local bar association, was quoted as saying that the court had given a historic decision.

He said the legal fraternity in Bahawalpur will observe a strike on Wednesday to protest the publication of blasphemous material by the websites.

However, officials of the PTA told PTI that they had received no instructions to block the websites.

They said they had only seen media reports about the court's order.

Wahaj-us-Siraj, a spokesman for the Internet Service Providers Association of Pakistan, said his organisation had not received any directions from the PTA to block websites.

Pakistani authorities had blocked popular social networking website Facebook in May over a competition on blasphemous caricatures of Prophet Mohammed. 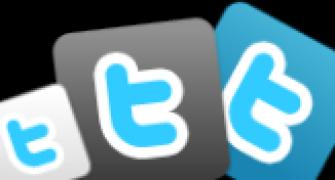