Security has been beefed up at major ports in Gujarat and other key installations in the coastal region following intelligence inputs of possible infiltration by terrorists from Pakistan through the sea route, police said on Thursday. 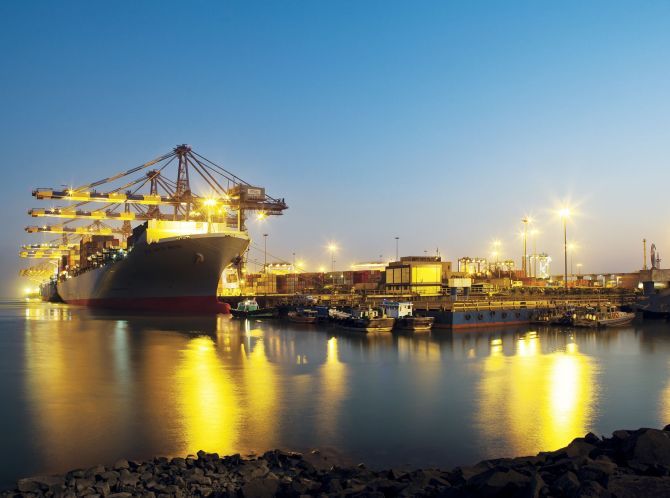 Patrolling at Kandla and Mundra ports in Gujarat was intensified following inputs that Pakistan-based terrorists may make 'an infiltration attempt through Kutch area, possibly through the sea route to create a communal disturbance or launch terrorist attacks in Gujarat', a security advisory issued by the port authorities said.

"Pakistan trained commandos may have entered Gulf of Kutch/Kutch through Harami Nala Creek Area. They are believed to be trained with underwater attacks," it said, directing ports and ships to take utmost security measures and maintain anti-terror watch.

It sought preventative measures, including additional deployment of security personnel, combat patrolling in the coastal region and intercepting 'any suspicious vessel/crafts/boats approaching towards sea coast'.

Gujarat is home to India's busiest ports through which the country imports bulk of its oil needs as well as conducts other trade.

The security advisory asked authorities to ensure 'zero tolerance for unidentified suspicious activities' as well as restrict the entry of unauthorised personnel and called for thorough checking of all vehicles entering or leaving the port premises.

The move comes days after the Indian Navy also warned of a possible terror attack from the seaside.

Mundra port houses a liquefied natural gas (LNG) import terminal as well as a bulk and container cargo handling facility operated by the Adani Group. Adani's Mundra facility is the largest in the country.

Both the ports are located in the Gulf of Kutch in the Arabian Sea, in the close vicinity of Pakistan.

Other ports in the region include Jamnagar, Hazira, and Dahej.

The region houses the world's largest oil refinery complex at Jamnagar, run by Reliance Industries, and a similar facility operated by Russian giant Rosneft at Vadinar.

Besides oil import and export facilities of the two refineries, the Gujarat coast also has two LNG import terminals at Dahej and Hazira.

"We receive inputs about possible terrorist infiltrations from time to time and we have enhanced the security at all vital installations in Kutch district, including the Kandla port," Inspector General of Police (border range) D B Vaghela said.

"In fact, security was stepped up even before August 15 (Independence Day). There is no specific input that terrorists have entered Gujarat, but a general input that they can enter using the sea route," he said.

The Mundra port in Kutch district is among the prominent installations where security has been heightened, another police official said.

Following intelligence inputs and instructions from the Gujarat Director General of Police, security has been enhanced at all vital installations in Kutch, Anjar's Deputy Superintendent of Police Dhananjay Vaghela told reporters.

"We have received inputs that terrorists can enter through the sea route," he said, adding that the police and other security agencies have increased patrolling and the marine police force has also been pressed into service.

The navy last week said it was on high alert and prepared to defeat and deter any sea-borne threat with full force.

Deputy Chief of the Naval Staff Murlidhar Pawar had said coastal security measures have been stepped up and forces were keeping a tight vigil to thwart any misadventure by anyone.

This preventive measure comes amidst the ongoing tensions with Pakistan following the abrogation of Article 370 in Jammu and Kashmir by the central government. 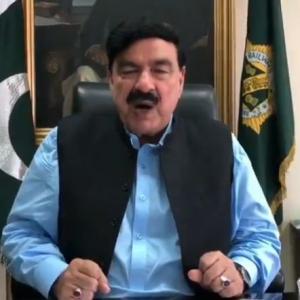 There'll be war with India in October: Pak minister