‘In the past India sought the big power help to press Pakistan to mend its ways. Now, Pakistan is doing so. At the risk of drawing the charge of schadenfreude, let me note some delight at the amount of time, attention and emotion I saw the Pakistani National Assembly spend over intricacies of the Indian Constitution recently.

This meltdown over the Indian decisions on Articles 370 and 35-A were striking for a bunch of reasons, and cheap partisan thrill isn’t one of them.

It was, first of all, the incredible irony for a nation, where a ruler is often known by the constitution he junks or writes, showing such concern for India’s.

The high point for me, of course, was Imran Khan himself accusing India of violating the Simla Agreement.

I track Pakistan politics like it was India’s “internal affair” and have no recollection of a ruler there swearing by what they often describe in their political rhetoric as an outdated and irrelevant piece of paper.

Even better, it came within days of the fast-bowling genius --  never mind the bottle cap --  himself saying just days earlier, from the White House that India and Pakistan had failed to resolve Kashmir bilaterally for 70 years, so the “most powerful man”, you Mr Trump, should mediate.

And, diplomatic verbiage and platitudes apart, all three rest on one central pillar: Settling all issues, including Kashmir, bilaterally.

The Lahore and Islamabad declarations essentially reaffirm the bilateral commitment of Simla.

By stating publicly to the world that both countries could not resolve Kashmir bilaterally and that Trump should take over, Imran became the first Pakistani leader to formally disown the three earlier agreements.

Having torn up the Simla Agreement and thrown its shreds in the reflecting pool, he is now charging India with violating it.

It may sound like I am turning the knife, or a cheap shot, but this is the exact definition of nau sau choohe kha kar billi hajj ko chali (the cat goes for a holy pilgrimage after eating 900 rats).

The substantive point here is, the fundamental strategic and political equation on Kashmir has now fully reversed.

Since 1947, it is Pakistan that set the pace. It invariably made the first move. With sending the pillaging and raping raiders in 1947 to the regulars in mufti as (Op Gibraltar,) and then tanks into Kashmir (Op Grand Slam) in August-September 1965. Pakistan made all the first moves on Kashmir until the Simla Agreement 1972.

Seventeen years of peace followed, but Pakistan was preparing, and not for permanent peace.

It was developing its nuclear deterrent, and then, fortuitously, helping the US-led coalition win the Cold War against the Soviets in Afghanistan. Nukes were ready by 1989, coinciding with the Soviet defeat.

One jihad won, to the west, a nuclear-armed Pakistani establishment was now ready to launch another to its east.

And then Kargil, the IC-814 hijack, attack on the Indian Parliament, 26/11 in Mumbai, Pathankot, Pulwama and so on, Pakistan made every single move first and India was left searching for a response.

We will debate the prudence of India’s latest turn at another point. But we must acknowledge that for 70 years India had been the status quo power, despite its size and muscle, whereas Pakistan worked steadfastly to alter it.

Now, India has changed that.

Now Pakistan is struggling for a response.

Because its strategic establishment’s head isn’t wired for response, it is already over-loaded with proactive mischief.

A week after Imran dissed in Washington the Simla, Lahore and Islamabad Agreements, Narendra Modi has rewritten the Indian playbook by not protesting, but, in a dramatic (devious it would seem if you are Pakistani) way, agreeing with him.

If those agreements made Pakistan and the global community believe that Kashmir’s final status was still open to debate and negotiation, that misconception is now buried. So are the agreements, Imran was right.

In the past India sought the big power help to press Pakistan to mend its ways. Now, Pakistan is doing so.

And realising its limitations and diminished stature. It is such a basket-case now, it is bartering its economic sovereignty for $6 billion from the IMF. For simplicity of understanding, this is less than the amount ArcelorMittal is paying to buy the bankrupt Essar Steel.

Its politics, society, institutions are all broken. Balochistan it can handle en passant. But Pashtuns’ uprising is mainstream, mass-based, and peaceful.

The one leverage it has with the world, becoming Afghanistan’s local guardian and helping Trump flee without seeming to do so, comes with a big price.

If Pakistan has to deliver on Afghanistan, it cannot be distracted in Kashmir. It cannot fight a two-front battle. Not with the Financial Action Task Force deadline for meeting its commitments against terror just weeks away.

This isn’t what he was mentally prepared for. It is also beyond his capacity.

We should qualify this, however, by adding that he isn’t the one taking any calls here. It is the powers that be in GHQ. Do they want action on both fronts?

Former Pakistani diplomat Husain Haqqani used a line in an article for ThePrint that I wish I had conjured up. He said that for Pakistani strategy was always to “internationalise” the Kashmir issue and India fought to keep it bilateral. But the Modi government has now reduced Kashmir to an internal affair in both India and Pakistan.

In India, it is being debated and contested between the Modi majority and the vocal political and intellectual minority which sees the action as undemocratic.

In Pakistan, it is now about, how did this happen, how did the “No 1” spy agency in the world fail to get a whiff, did someone sell out, what the hell to do now?

That exasperation echoed in Imran’s outburst in his National Assembly, when he asked, so what do you want me to do? Attack India?

It isn’t my argument that everything is perfect in India, or with the latest moves on Kashmir. Just that it isn’t relevant to where Pakistan finds itself today.

The more it pretends to mourn Article 370 (which it called illegitimate in the past), the more it extols the jailed mainstream Kashmiri leaders (whom it called stooges) and the more it screams about civil liberties in Indian Kashmir, the more ridiculous it sounds.

Think about it. Protesting the arrest of some separatist usual suspects and the detention of some political leaders in Kashmir when you have thrown two former prime ministers (Nawaz Sharif and Shahid Khaqan Abbasi) and one former president (Asif Zardari) in jail and banished another (Musharraf) into exile.

Nawaz’s daughter and the main opposition leader Maryam is now in jail, too, as is Rana Sanaullah, former deputy chief minister of Punjab, three other MPs from Nawaz’s party, two Pashtun MPs, among others.

None of these (apart from Nawaz) is convicted. Most haven’t even been put on trial. Most have been locked up for months, and in real jails.

This isn’t working for Pakistan. The status quo has shifted. Either Pakistan accepts it, or launches into something reckless.

Or, pray for things really going out of control in the Valley once restrictions are lifted, leading to an almighty popular insurrection where Indian forces lose their nerve.

That is now Pakistan’s only hope. 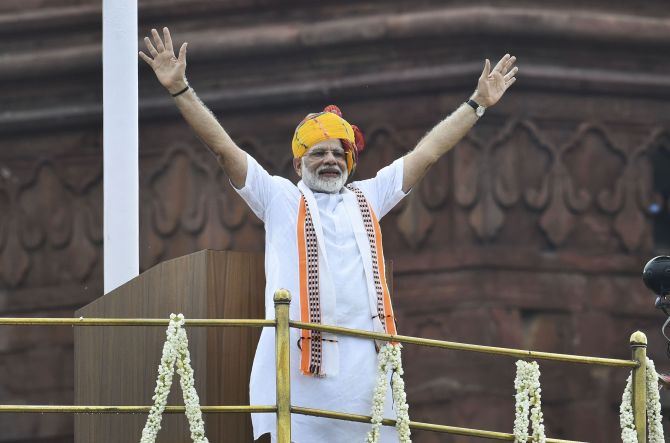