The chief cleric of the radical Lal Masjid in Islamabad has asked Pakistan's Supreme Court to invoke its suo moto powers and order parliament to enforce Shariah or Islamic law across the country.

If this is not done, "Allah Almighty Himself will initiate a suo moto", cleric Abdul Aziz said while appearing before a three-judge bench led by Chief Justice Iftikhar Chaudhry on Tuesday.

"Pakistan was created in the name of Islam. However, we are still the slaves of foreign invaders and we are following the law of infidels," he claimed.

The apex court should take suo moto notice and direct parliament to pass a bill for imposing Shariah in Pakistan, he said.

In response, Justice Khilji Arif Hussain, a member of the bench, remarked that policy-making was not the job of the court. This should be done by civil society and the government, he added.

Aziz and his wife Umme Hassan were present in court for the hearing of petitions against the alleged extra-judicial killing of people during an army operation against radical elements holed up in the Lal Masjid and Jamia Hafsa seminary in July 2007.

The cleric, who was allowed to briefly inform the court about his grievances, said problems facing society, including acid attacks on women, were because of the absence of a system based on the Quran and Shariah.

Lawyer Tariq Asad, who had filed a petition against the Lal Masjid raid, argued that Umme Hassan had tried to establish an extension of the Jamia Hafsa madrassa for girls but was discouraged by authorities.

He complained about the failure of authorities to implement a Supreme Court order to reconstruct Jamia Hafsa, which was destroyed during the army raid, at a different location.

The bench issued notices to the chief commissioner of Islamabad, the Interior Secretary and other officials and asked them to file their responses by April 20.

Lawyer Iftikhar Gillani, who represented the Wafaqul Madaris or association of madrassas, withdrew a petition seeking action against former President Pervez Musharraf and the then commander of the army's 10 Corps for ordering the Lal Masjid operation.

He assured the court that he would file a complaint with police against these persons
Rezaul H Laskar in Islamabad
Source: PTI© Copyright 2020 PTI. All rights reserved. Republication or redistribution of PTI content, including by framing or similar means, is expressly prohibited without the prior written consent.
Related News: Shariah, Jamia Hafsa, Supreme Court, Umme Hassan, Abdul Aziz
SHARE THIS STORY
Print this article 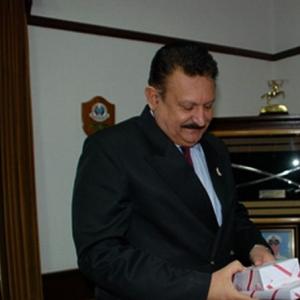